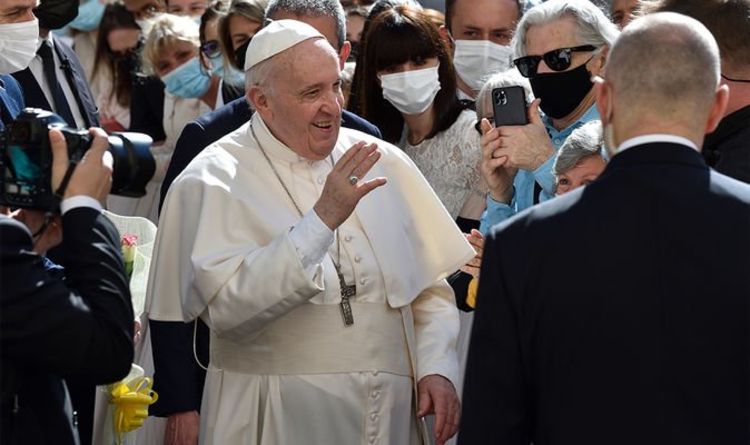 The pontiff met with Lidia Maksymowicz, a Polish citizen who was deported to the concentration camp from her native Belarus as a toddler. Francis, 84, was leaving the Courtyard of St Damasus at the end of his weekly General Audience in the Vatican.

Ms Maksymowicz showed the Pope her number tattooed, inked after she was captured by the Nazis.

Francis, upon seeing it, leaned over and kissed Ms Maksymowicz’s arm in a spontaneous gesture.

The survivor shared the gesture “has strengthened me and reconciled me with the world”.

She added: “With the Holy Father, we understood each other with our eyes, we didn’t have to say anything to each other, there was no need for words.” 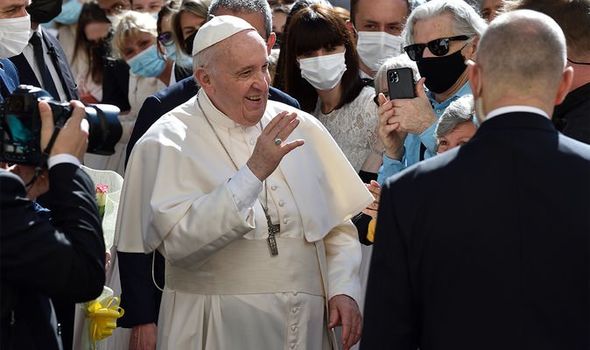 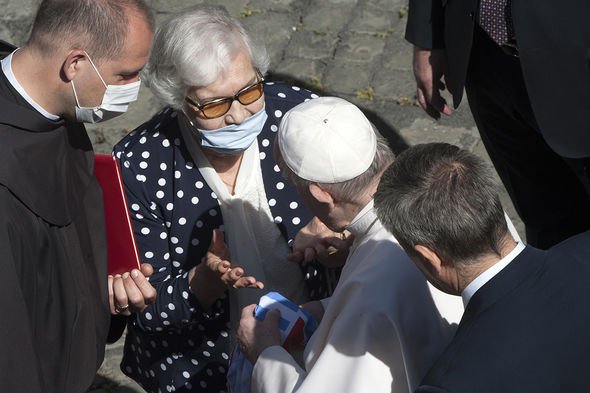 Speaking to Vatican News, Ms Maksymowicz explained she is visiting Italy as a guest of the Living Memory Association of Castellamonte, or Turin, to share her story with the young.

She added she wanted to use the visit to meet the Pope whom she loves deeply, saying: “After John Paul II, I love Pope Francis.

“I follow his ceremonies through the TV, I pray every day for him, I am faithful and affectionate toward him.” 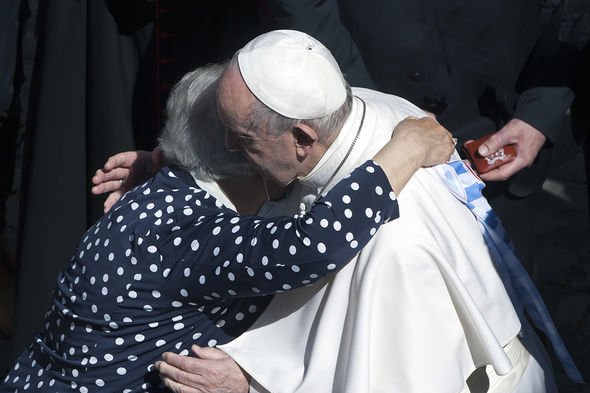 Ms Maksymowicz spent three years in the children’s area of Auschwitz and was subjected to experiments by Josef Mengele, known as the “Angel of Death”.

She said of her experience in January during an online talk with young Italians: “All the children knew who Mengele was and felt terror towards him.

“I consider that I have a mission to tell this story, I owe it to those who died.

“I am one of the few survivors.” 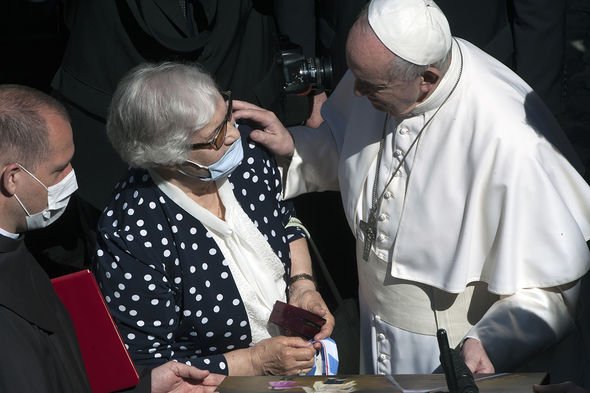 Pope Francis has paid tribute to Holocaust survivors in the past, including visiting the Yad Vashem Holocaust memorial in Israel in 2014.

The pontiff also visited the Rome apartment of a survivor, 88-year-old Hungarian-born writer and poet Edith Bruck, in February.

The Vatican said that, during the hour-long visit, Francis told Bruck: “I came to thank you for your witness and to pay homage to the people martyred by the craziness of Nazi populism.

“And with sincerity I repeat the words I pronounced from my heart at Yad Vashem, [the Israeli Holocaust memorial he visited in 2014] and that I repeat in front of every person who, like you, suffered so much because of this: ‘Forgive, Lord, in the name of humanity’.”

Francis also visited Auschwitz in 2016, walking alone through the “Arbeit Macht Frei” (work sets you free) gate under which more than one million people, most of them Jews, passed before being killed by the Nazis.