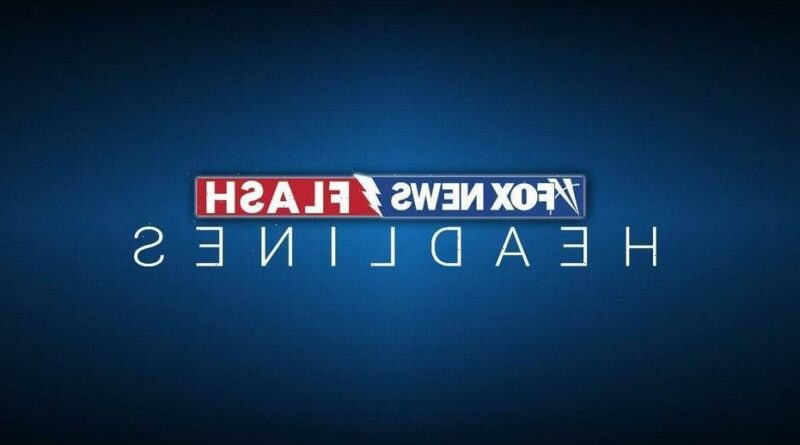 Pope Francis ended his visit to Greece Monday by encouraging its young people to follow their dreams and not be tempted by the consumerist “sirens” of today that promise easy pleasures.

Francis briefly struggled to keep his balance on the steps while boarding the plane bound for Rome a when caught by a gust of wind and was helped on board by an aide.

Earlier, Francis met with students at a Catholic school in Athens in his final event of a five-day visit to Cyprus and Greece that has been dominated by his concern for the plight of migrants seeking entry in Europe. 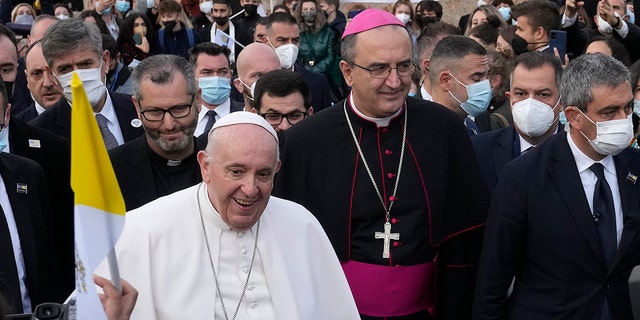 Pope Francis arrives for a meeting with young people at the Saint Dionysius School of the Ursuline Sisters in Athens, Greece, Monday, Dec. 6, 2021.
(AP Photo/Alessandra Tarantino)

He echoed a common theme he has raised with young people, encouraging them to stay fast in their faith, even amid doubts, and resist the temptation to pursue materialist goals. He cited Homer’s Odyssey and the temptation posed by the sirens who “by their songs enchanted sailors and made them crash against the rocks.”

“Today’s sirens want to charm you with seductive and insistent messages that focus on easy gains, the false needs of consumerism, the cult of physical wellness, of entertainment at all costs,” he said. “All these are like fireworks: they flare up for a moment, but then turn to smoke in the air.”

Two immigrant students were among those who greeted the pope, including an 18-year-old Syrian refugee, Aboud Gabro, who told the pope of his family’s escape from Aleppo in 2014 after a bomb exploded on their home. They finally arrived in Greece after a perilous boat crossing from Turkey.

POPE FRANCIS BRINGS HOPE TO THE POOR IN ASSISI VISIT 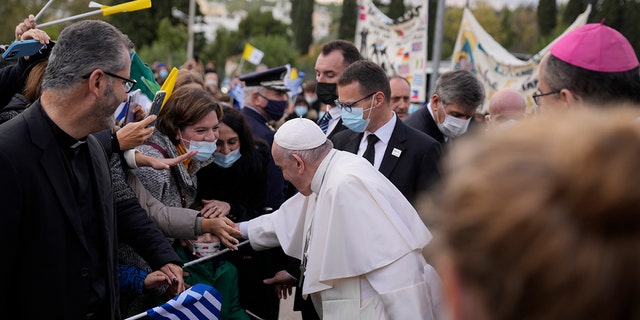 “It was hard being on a rock without water or food, waiting for dawn and a coast guard ship to come save us,” Gabro said.

Francis listened to his story, “a true modern-day odyssey,” and expressed gratitude that he and his family had made it safely and after “so many refusals and a thousand difficulties, you landed in this country.” But he suggested it also showed a sense of adventure and people following their dreams. 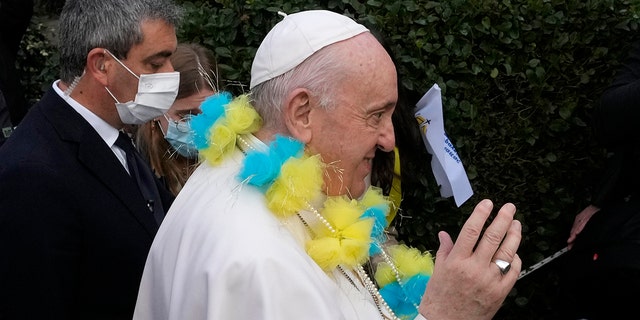 Pope Francis arrives for a meeting with young people at the Saint Dionysius School of the Ursuline Sisters in Athens, Greece, Monday, Dec. 6, 2021.
(AP Photo/Alessandra Tarantino)

“The meaning of life is not found by staying on the beach waiting for the wind to bring something new. Salvation lies in the open sea, in setting sail, in the quest, in the pursuit of dreams, real dreams, those we pursue with eyes open, those that involve effort, struggles, headwinds, sudden storms,” he said. “So don’t be paralyzed by fear: dream big! And dream together!”

Francis is returning to the Vatican with some important pre-Christmas events on his agenda: a scheduled meeting with the members of a French commission that investigated sexual abuse in the French Catholic Church; a scheduled meeting with Canadian indigenous peoples seeking a papal apology for abuses at Catholic-run residential schools; and Francis’ own 85th birthday on Dec. 17.