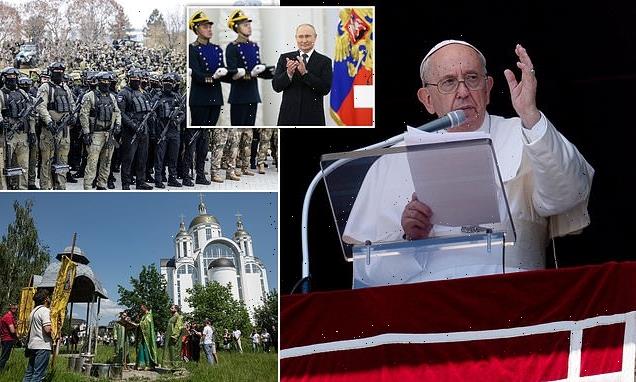 Pope Francis suggested Vladimir Putin’s invasion of Ukraine was ‘provoked’ while also taking a new series of swipes at Russia’s actions, a transcript of a conversation he had last month has revealed.

The leader of the Catholic Church denied being ‘pro-Putin,’ saying Russian troops were brutal, cruel and ferocious, while praising the Bravery of Ukrainian troops who have been fighting for their country’s survival since the invasion began in February.

He also decried Russia’s ‘monstrous’ use of mercenaries from Chechnya and Syria, which have been drafted in by the Kremlin to bolster its faltering war efforts. 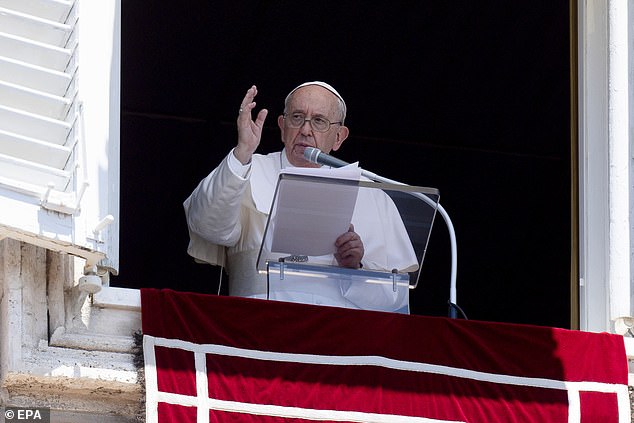 Pope Francis (pictured on Monday) suggested Vladimir Putin’s invasion of Ukraine was ‘provoked’ while also taking a new series of swipes at Russia’s actions, a transcript of a conversation he had last month has revealed

But in the text of a conversation he had last month with editors of Jesuit media and published on Tuesday, he also said the situation was not black and white and that the war was ‘perhaps in some way provoked’.

While condemning ‘the ferocity, the cruelty of Russian troops, we must not forget the real problems if we want them to be solved,’ Francis said, including the armaments industry among the factors that provide incentives for war.

‘It is also true that the Russians thought it would all be over in a week. But they miscalculated. They encountered a brave people, a people who are struggling to survive and who have a history of struggle,’ he said in the transcript of the conversation, published by the Jesuit journal Civilta Cattolica.

‘This is what moves us: to see such heroism. I would really like to emphasize this point, the heroism of the Ukrainian people. What is before our eyes is a situation of world war, global interests, arms sales and geopolitical appropriation, which is martyring a heroic people,’ he said.

Francis said that several months before President Vladimir Putin sent his forces into Ukraine, the pontiff had met with a head of state who expressed concern that NATO was ‘barking at the gates of Russia’ in a way that could lead to war.

Francis then said in his own words: ‘We do not see the whole drama unfolding behind this war, which was perhaps somehow either provoked or not prevented’.

Asking himself rhetorically if that made him ‘pro-Putin,’ he said: ‘No, I am not. It would be simplistic and wrong to say such a thing.’ He added: ‘I am simply opposed to reducing complexity to distinction between good and bad’. 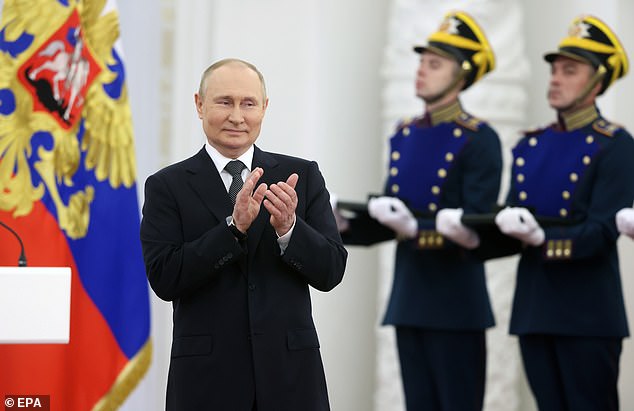 The leader of the Catholic Church denied being ‘pro-Putin,’ saying Russian troops were brutal, cruel and ferocious, while praising the Bravery of Ukrainian troops who have been fighting for their country’s survival since the invasion began in February

Russia calls its actions in Ukraine a ‘special operation’ to disarm Ukraine and protect it from fascists, a characterisation previously criticised by Francis.

Ukraine and the West say the fascist allegation is baseless and that the war is an unprovoked act of aggression.

In his comments, Francis also noted Russia’s ‘monstrous’ use of Chechen and Syrian mercenaries in Ukraine.

Francis said he hoped to meet Russian Orthodox Patriarch Kirill at an inter-religious event in Kazakhstan in September. The two had been due to meet in Jerusalem on June but that trip was cancelled because of the war.

Kirill, who is close to Putin, has given the war in Ukraine his full-throated backing. Francis said last month that Kirill could not become ‘Putin’s altar boy’, prompting a protest from the Russian Orthodox Church.

In the conversation with the Jesuits, Francis said he had told Kirill during a video call in March: ‘Brother, we are not clerics of the state, we are pastors of the people’. 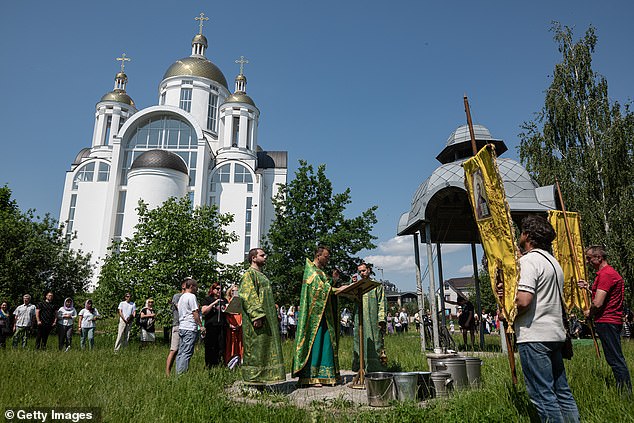 Pictured: Andrii Holovin, priest of the Church of St. Andrew the First-Called, prays outside the church where a mass grave was discovered in April, on June 12, 2022 in Bucha, Ukraine

The Pope’s comments were revealed as Amnesty International accused Russia of war crimes in Ukraine, saying that attacks on the northeastern city of Kharkiv – many using banned cluster bombs – had killed hundreds of civilians.

‘The repeated bombardments of residential neighbourhoods in Kharkiv are indiscriminate attacks which killed and injured hundreds of civilians, and as such constitute war crimes,’ the rights group said in a report about Ukraine’s second-biggest city.

In Bucha, a town near Kyiv that has become synonymous with war crimes allegations, police said they had discovered another seven bodies in a grave.

Dozens of bodies in civilian clothing were found in the town in April after Russian troops withdrew from the area following a month-long occupation. 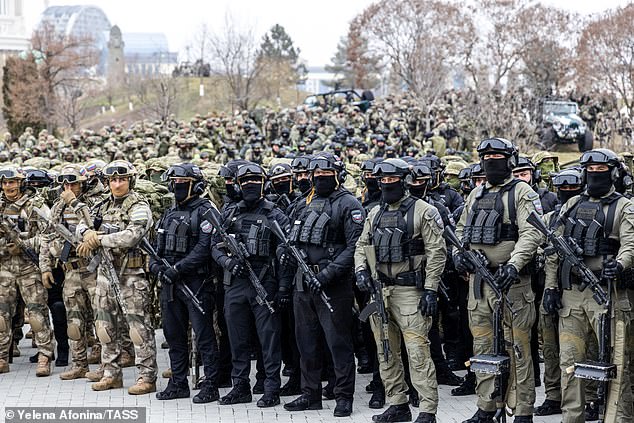 Russian forces have since focused their efforts on the east of Ukraine, and to bolster his ailing war effort, Putin called for mercenaries to join his forces in battle.

Thousands of mercenaries from the notorious Wagner Group have been deployed by Russia in the conflict in Ukraine, along-side fighters from the Russian republic of Chechnya and from war-torn Syria.

A European official said in April that Russia had around 10,000 to 20,000 foreign fighters in the eastern Donbas – from Wagner as well as Russian proxy fighters from Syria and Libya.

At the time, it was estimated that as many as 40,000 fighters from Syria had signed up to join the Russian war effort after Putin offered a high reward for doing so.