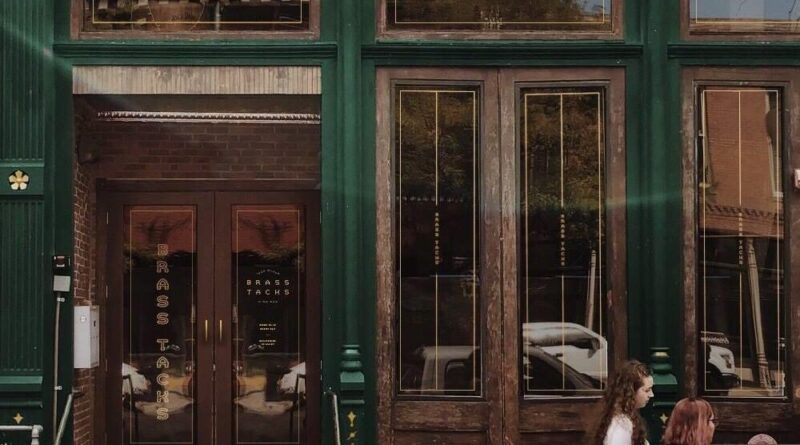 Prior to opening Brass, the team had tested their bar- and restaurant-running chops at two operations inside Denver Central Market in the River North Art District.

But 2 1/2 years after debuting their first brick-and-mortar concept in a renovated 19th century loft on Blake Street, they’ve announced its permanent closure. Brass Tacks will shutter after evening service on Sunday, Oct. 10. Meanwhile, the team’s other businesses across town are staying put.

“On a personal level, we’re (expletive) tired,” Julia told The Denver Post. “It was a tough year… And there’s just a lot of other stuff in our lives that we want to make sure all works.”

For its last nights, Julia hopes that founding bartenders and former staff will come back to the bar for guest appearances. So until Oct. 10, regulars and fans can be reminded of a place that pulled them in until the rug was pulled out.

“We were trending to make good money (at Brass Tacks), and we had happy people and everything was going well,” Julia explained of the first year in business. “To be honest, if COVID hadn’t happened, I don’t think we would be closing now.”

Later in 2019, Julia and his team opened another bar, Roger’s Liquid Oasis, at the new Edgewater Public Market. By operating restaurants and bars across three Denver neighborhoods, he says he’s keenly aware of the contrasts between each of their success in the pandemic.

The group’s bars in Edgewater and RiNo are doing fine, Julia said, while the downtown business just hasn’t bounced back.

“When we opened, I felt like there could be a resurgence of restaurant rows downtown, outside of Larimer Square,” he said. But starting in March 2020, all of the traffic he had been accustomed to seeing around Blake Street suddenly stopped.

From office workers to travelers, concert- and event-goers, even locals, “literally they all disappeared, every single one.”

The team tried different approaches as the pandemic wore on, from sprucing up their bar’s look to changing menu options. Shortly after indoor dining returned to full capacity, chef Spott left the bar to open another fast-casual counter at Denver Central Market, while new Brass Tacks chef JV Hernandez created a more upscale menu on Blake Street that Julia hoped would raise check averages and help the business’ bottom line in 2021.

By late summer, the bar had parted ways with Hernandez as well.

“We changed some of what we were doing,” Julia said. “Our strategy and intent worked, but there just weren’t enough people coming in.”

And though he admits that other businesses around him seem to be making it work, “it just doesn’t feel as vibrant or fun downtown.”

For now, the team will focus its efforts on the marketplace businesses. And while restaurant jobs are in no shortage, Julia said he can at least place his employees at other locations, if they want.

“I don’t know what’s going to happen in the winter,” he said. “And I can’t let (Brass Tacks) live in a vacuum. But we have a lot of other people and places to think about, and I want to make sure I’m not just pushing and pushing for something that’s going to deplete our funds and not let us withstand the storm elsewhere.”