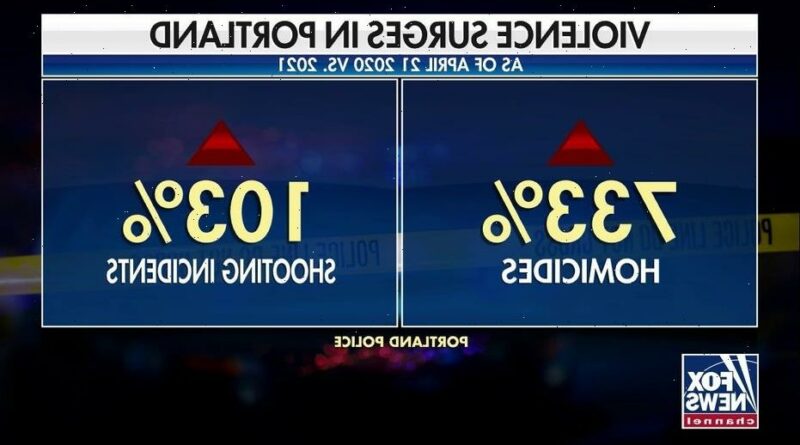 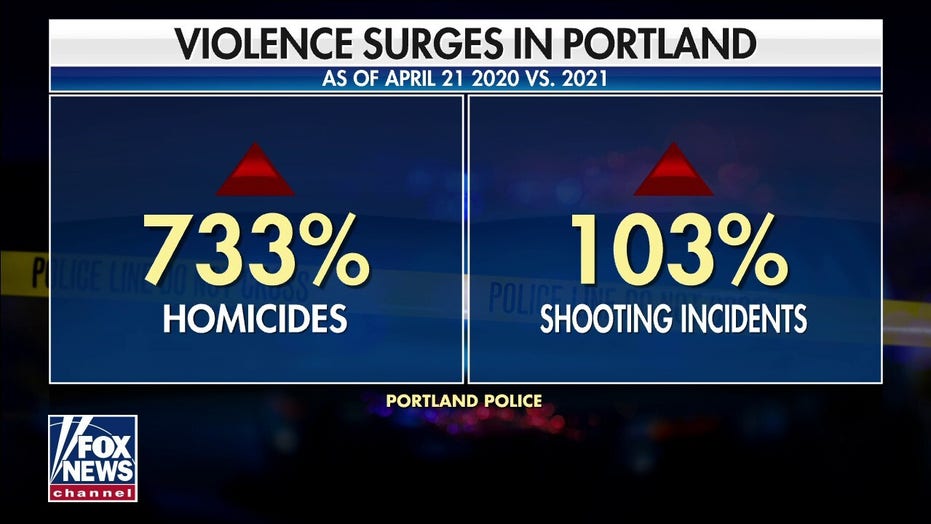 Portland in one year sees over 700% increase in homicides

Retired Marine Gabriel Johnson argues it is ‘a publicity stunt’ for the mayor to suddenly ask the public to help identify rioters.

Portland police are looking for what is thought to be five teenage suspects they believe are behind a half-dozen broad daylight attacks throughout the southeast section of the city, including an area known as the Jade District, where they targeted business owners and patrons and surrounded occupied vehicles, authorities said.

The string of thefts, vandalism and robberies ran from 3:05 p.m. to 7:34 p.m. local time on Monday in multiple neighborhoods in southeast Portland, police said. The Jade District is a community program run by the Asian Pacific American Network of Oregon.

A Portland Police Bureau (PPB) spokesperson did not respond to Fox News’ request seeking more information on whether this attack appeared to be racially motivated. PPB said in a summary of events that the suspect descriptions and behavior and the location of the crimes led police to believe all six incidents are related.

In the earliest instance, the group barged into a convenience store on Southeast Division Street in Montavilla, where the suspects “spread out and began stealing things.” As they left with the stolen goods, police said they pushed a shop worker out of the way.

At 3:22 p.m., they struck again, this time entering a restaurant on Southeast Division Street. There, they shouted at store employees as an apparent way to distract from one of the suspects, who stole the tip jar before they left, police said.

Twenty-four minutes later, they went into a salon, also on Southeast Division Street, where they allegedly “began throwing products from shelves and table tops onto the floor.” They then made their way into an “employees only” section of the shop, where they stole property, police said.

Before they left, at least one of the suspects tried to steal a customer’s purse, according to PPB.

Just shy of 30 minutes later, at 4:15 p.m., the brazen group made their way to the Powellhurst-Gilbert neighborhood, where they surrounded a person who had just parked a car. The group allegedly approached the driver and demanded money, while one suspect lifted property from inside the car. 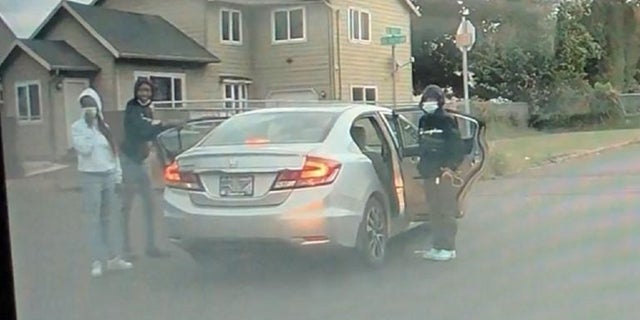 At 4:50 p.m., they surrounded another car as it was being driven through a parking lot in the Foster-Powell neighborhood. Police said one of the suspects opened the driver-side door and “pulled the driver out of the car.” They then got into the stolen car and drove away, police said.

Hours later, at approximately 7:34 p.m. the group, still traveling in the stolen car, pulled up to a driveway in the neighborhood of Lents, where they stopped and blocked another driver from passing through, police said. They then tried to force their way into the stopped vehicle, but the driver was able to get away.

Investigators described the suspects as being as many as four Black males and one Black female, all of whom are believed to be teenagers. Police are also asking for information regarding other related crimes that have not yet been reported.