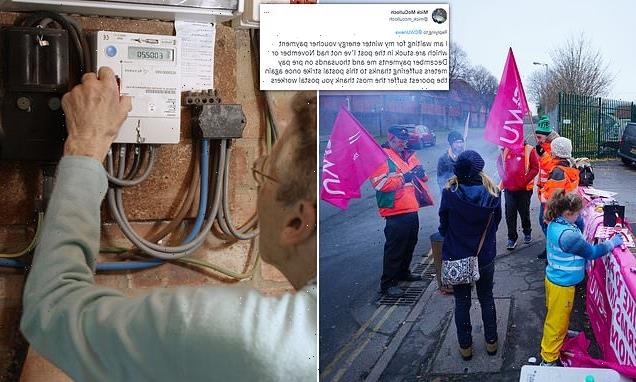 More than a million households with pre-payment meters did not use vouchers intended to help them with their energy bills during this month’s bitter cold snap, with postal strikes delaying deliveries.

Every household is entitled to a £400 energy rebate this winter, with payments spread into £67 discounts over six months.

The discounts are automatically applied for those who pay their bills by direct debit, but those on pre-payment meters need to actively redeem the vouchers at their usual top-up point, such as a local PayPoint or Post Office branch.

But just 27 per cent of vouchers issued under the Energy Bills Support Scheme (EBSS) for people with traditional prepayment meters have been redeemed in December, according to data from PayPoint up to December 18. 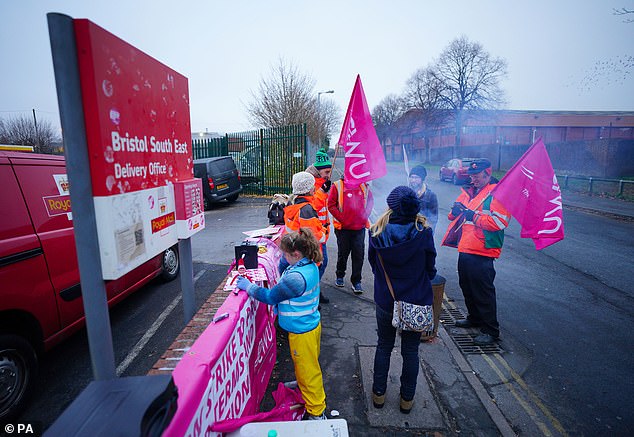 In comparison, 80 per cent of the vouchers issued in October and 73 per cent of November’s vouchers have been redeemed, indicating a sharp drop in the volume of households cashing in their payments this month.

Evidence the scheme is not working as it should will raise concerns given the bitter winter weather that is forecast just after Christmas.

PayPoint said that the drop-off in claims this month could be linked to strike action in the UK causing delayed delivery.

Royal Mail workers have walked out for several days through November and December due to a long-running dispute with the Government over pay, jobs and conditions.

Members of the Communication Workers Union (CWU) are set to walk out next on Friday 23 and Saturday 24.

Twitter user Mick McCulloch complained on December 18 that he was still yet to receive his voucher due to postal delays.

Homes across Great Britain have been promised £400 in payments this winter to help them with energy bills.

For a majority of customers the money is automatically deducted from their energy bills. But those who pay through a traditional prepayment meter have to redeem vouchers. 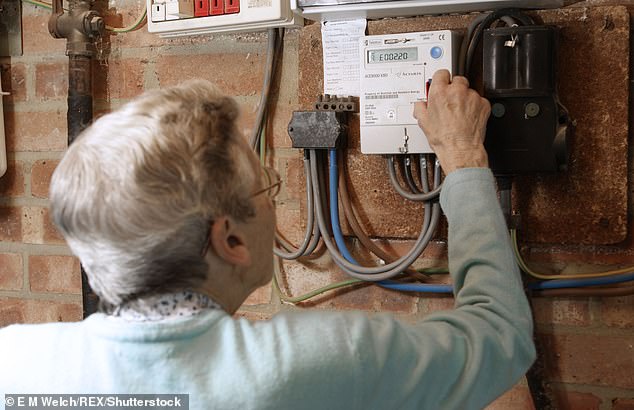 The vouchers are also time-limited, and those issued in December will expire if not redeemed before March 8.

PayPoint, which has payment services in 28,000 UK retailers such as newsagents and convenience stores, and through which households can cash in their postal vouchers in-store, said that December’s redemption figures were lower than it would expect.

Typically, around three quarters of all the vouchers are issued by post and a quarter are sent through email.

Meanwhile, 63 per cent of December’s vouchers issued by email have been claimed.

Typically, around 70-85 per cent of vouchers from similar schemes like the Warm Home Discount are redeemed, sources familiar with the Government’s schemes said.

It indicates that households have not got hold of vouchers sent by post this month, despite temperatures dropping below zero across the nation in recent weeks.

He said providers are sending out vouchers to people in different ways, and accused some of not picking up the phone when customers called.

“What concerns me is that gap between vouchers being sent out and people finding the voucher,” he told ITV’s Good Morning Britain.

“There isn’t one way that this is done because the energy providers are sending them out in different ways, sometimes by text, sometimes by email, sometimes through the door.”

However, PayPoint stressed that people can still claim their Government discounts, with independent shops open early in the morning and late at night.

Steve O’Neill, corporate affairs and marketing director at PayPoint, said: “Tens of thousands of independent retailers are doing a fantastic job processing EBSS vouchers as early as 6am right through until midnight every day, thanks to their commitment to serving their local communities.”

People can also contact their energy supplier to request their voucher is reissued, change their contact details, or switch to receive vouchers through email rather than post.

The UK is currently in the grip of widespread industrial action, including strikes by paramedics yesterday.