Royal Mail has warned families they may have to pick up letters and parcels from sorting offices if the bird attacks continue.

The notice about “experiencing difficulties” was sent to neighbours in Farm Drive, Cardiff.

The street is near Roath Park Lake, a favourite spot of many birds including swans, ducks and geese.

But residents accused Royal Mail of overreacting, saying binmen do not have any problems.

PR worker Sean McMahon, 45, said: “I’ve lived here for more than a year and have spoken to my neighbours about this. They’ve all had letters too.

“None of them claim to have had a problem with gulls dive-bombing them.

“The bin men and the traffic wardens don’t seem to have a problem.”

The letter from Royal Mail stated: “We are currently experiencing some difficulties in delivering to you due to seagulls in the area swooping at delivery staff in order to protect their young. 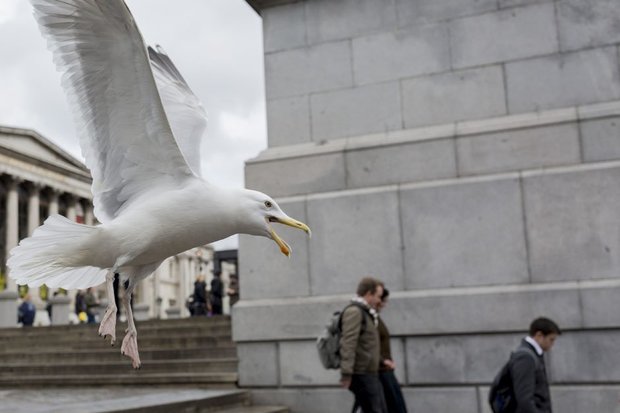 “The purpose of this letter is to firstly advise you of the issues we are experiencing, and also to assure you that we will continue to attempt deliveries every day.

“However, on any day we are unable to deliver to you safely, your mail will be returned to the office above where it will be held securely until we can attempt delivery again the following day.

“This is not ideal, so I would also like to offer you alternative arrangements until the birds have flown.” But Sean responded: “The danger of occasionally being pooed on is probably a bigger threat.”