The Pound has rallied against the dollar and euro overnight as markets seized on Brexit optimism from Jean-Claude Juncker.

Sterling rose to its best level for months in the wake of the positive noises from the commission president.

This morning the currency was trading at 1.2574 US dollars – the highest level since early July – while against the euro it hit 1.1360.

There has now been a rise of more than 5 per cent since the sub-$1.20 lows seen earlier this month.

In an interview last night, Mr Juncker said the hated Irish backstop could be scrapped as long as ‘all’ the bloc’s demands are met some other way. 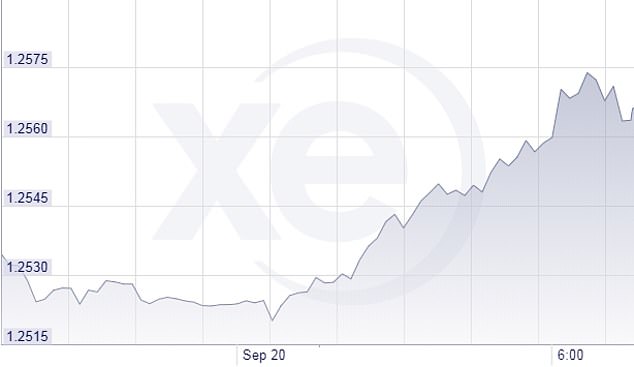 This morning the currency was trading at 1.2574 US dollars – the highest level since early July 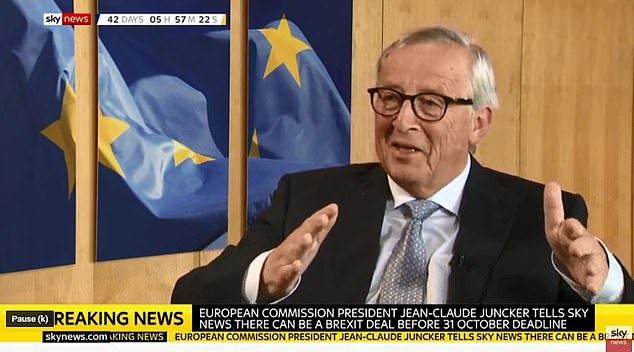 He said his lunch with Boris Johnson this week had been ‘positive’ and the idea of keeping Northern Ireland in step with EU food and agriculture rules, while the UK diverges, was ‘the arrival point’ of a deal.

However, officials in Brussels were less positive after being handed details of the UK’s proposals on paper for the first time, briefing that the process appeared to be ‘going backwards’.

And Irish deputy PM Simon Coveney warned there was a lot of ‘spin’ over the negotiations, saying the EU was still waiting for ‘serious proposals’.

‘We are not close to that deal right now,’ he said.

Tension is building with just 41 days left until Britain is due to leave the EU – a deadline that Mr Johnson has described as ‘do or die’.

But he is struggling to fend off a massive Remainer bid to prevent No Deal, after a law was passed demanding he begs Brussels for an extension if an agreement has not been reached by October 19. 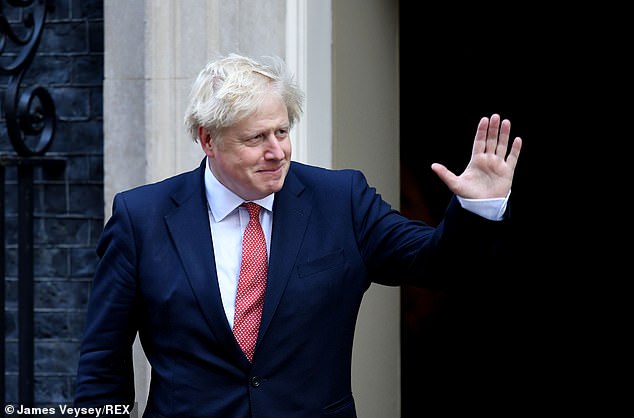 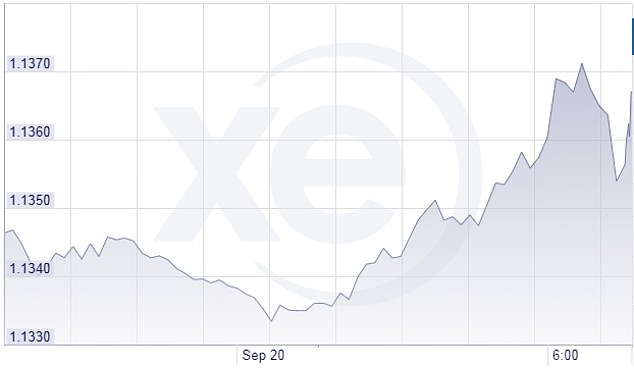 The Pound was also up against the euro overnight in the wake of Mr Juncker’s positive remarks, hitting 1.1360