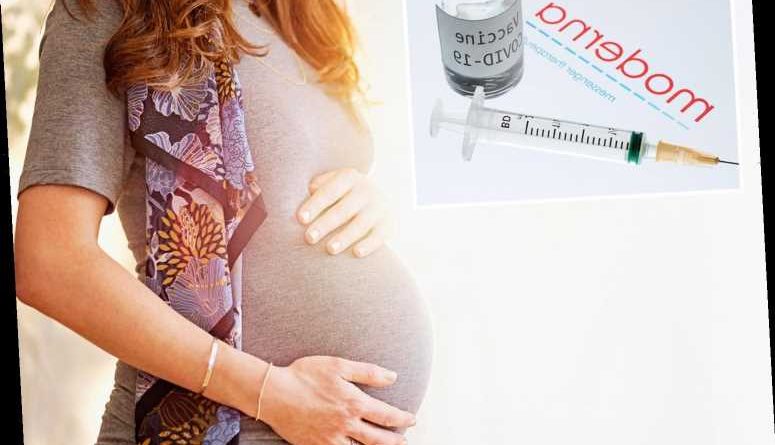 Only if an expectant mum is at high risk of catching the virus should she take it, the UN agency advised. 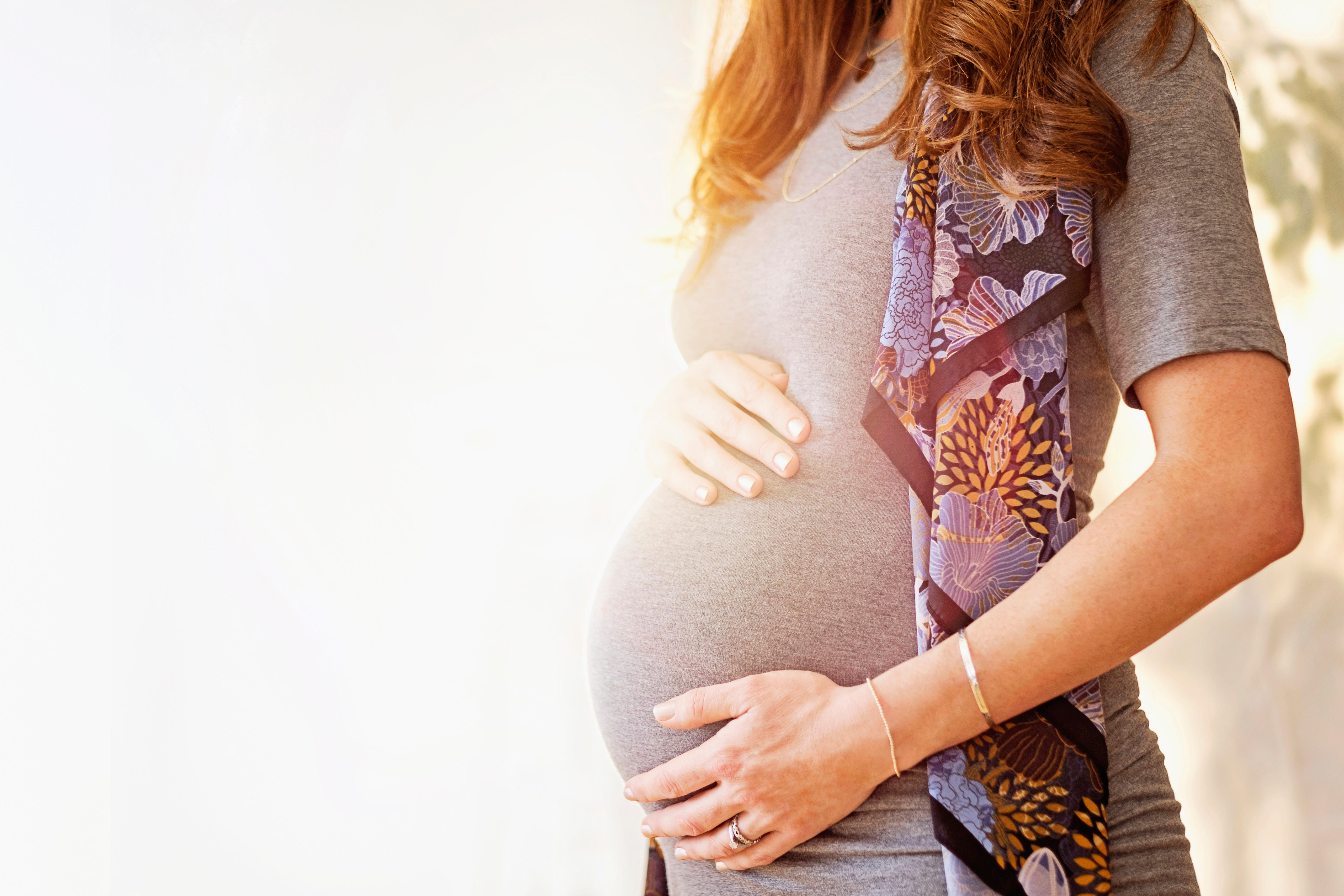 The UK has secured a deal for 17 million doses of the Moderna vaccine, but it won't be available until the spring.

The WHO wrote on its website "the use of this vaccine in pregnant women is currently not recommended, unless they are at risk of high exposure (e.g. health workers)".

It said the advice stood despite pregnancy "putting women at a higher risk of severe Covid-19".

The Royal College of Obstetricians and Gynaecologists (RCOG) "pregnant women are at no greater risk of becoming seriously unwell" if they catch the coronavirus.

Pregnant and lactating women were excluded from Moderna's vaccine clinical trials, and so there is no safety data to prove it is safe for them.

Vaccine clinical trials typically avoid recruiting participants who are pregnant or breastfeeding until the vaccine has been shown to be safely tolerated in people who are not pregnant. 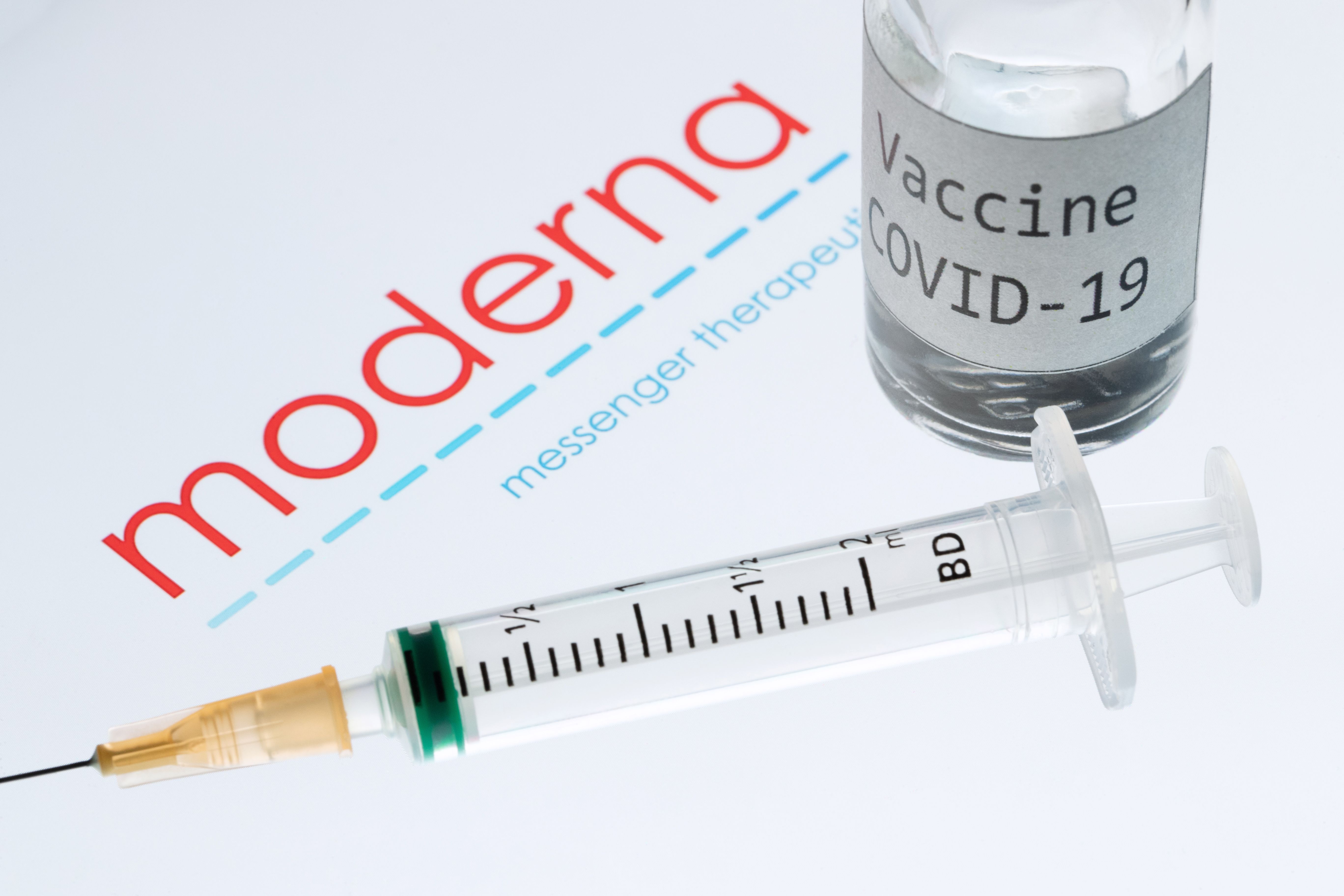 The trials for the Pfizer and AstraZeneca/Oxford vaccines – which are being deployed in the UK – also did not involve mums-to-be.

The Joint Committee on Vaccination and Immunisation (JCVI), which advises the government on the vaccine deployment strategy, said pregnant women should not receive either jab being rolled out in the UK.

But the JCVI did a U-turn at the end of December a review and is now taking a risk-based approach.

It said pregnant women who are at high risk of exposure to the virus should consider the jab – in line with WHO guidance.

However, it also said women who have serious medical conditions should also weigh up the benefits of taking the vaccine.

This is because their underlying condition may put them at high risk of severe Covid-19, more so than problems that could arise from the vaccine.

On top of this, breastfeeding women can also now receive a vaccine.

But RCOG says women should be advised that there is a lack of safety data for vaccinations in breastfeeding.

When the Moderna vaccine was later approved on January 8, the same approach was applied.

The UK's medicine regulator, the MHRA, said: "The Moderna vaccine should only be considered for use in pregnancy when the potential benefits outweigh any potential risks for the mother and baby.

"Women should discuss the benefits and risks of having the vaccine with their healthcare professional and reach a joint decision based on individual circumstances.

"Women who are breastfeeding can also be given the vaccine after a discussion with their healthcare professional."

The NHS offers women the whooping cough vaccine when they are pregnant to give the baby immunity when they are born, as well as the flu vaccine in winter.

If a vaccine uses a live version of the virus, a pregnant woman is usually advised to wait until after the baby is born.

This is because there's a potential risk that live vaccines could cause the unborn baby to become infected.

None of the vaccines being used in the UK contain the live coronavirus. But others in the future may do.

Who can't get a Covid vaccine?

People who have a history of severe allergic reaction to any component of vaccines have been advised to avoid them.

But those with allergies to food can receive the jab, after further investigations.

At this time there is very limited data on vaccination in teenagers, with no information on younger children – as they were not included in clinical trials.

Therefore the Oxford and Pfizer vaccines – and later that from Moderna – can only be given to those over the age of 18.

The JCVI advises that only those children at very high risk of exposure or serious outcomes – such as older children with severe neuro-disabilities that require residential care – should be offered vaccination.

Are pregnant women at risk of Covid?

Current evidence from the UK suggests that pregnant women are at no greater risk of catching the coronavirus or becoming seriously unwell than other healthy adults.

The majority of pregnant women experience only mild or moderate symptoms.

Pregnant women are on the moderate risk (clinically vulnerable) list as a precaution.

The NHS says: "If you're at moderate risk from coronavirus, it's very important to follow social distancing advice to reduce your chances of catching or spreading the virus."

Information about all pregnant women with Covid is tracked in a registry called the UK Obstetric Surveillance System.

The first report of findings, in May, found that one in ten women required intensive care.

Of the 427 pregnant women admitted to hospital, five sadly died. It is not clear if Covid was directly their cause of death.

Women who did become severely ill were in their third trimester of pregnancy.

Risk factors included being over the age of 35, having a high BMI or underling health condition, and being from Black, Asian or ethnic minority background.

Studies suggest Covid is unlikely to cause problems with the baby, either causing miscarriage or problems after birth.

But global reports say babies have been born prematurely to women with severe Covid.

Source: The Royal College of Obstetricians and Gynaecologists

It comes as scientists have furiously denied claims that the Oxford jab is only eight per cent effective in the over-65s.

The baffling figure was reported in a German newspaper saying it had been "confirmed" by unnamed sources in the country's Government.

Oxford University and AstraZeneca vehemently denied the "baseless" report, saying they had "no idea" where the figure had come from.

Now the German Government has rubbished the report published by Handelsblatt, a business newspaper based in Dusseldorf, yesterday.

Politico suggests that the eight per cent figure had been confused with the number of people in the study aged between 56 and 69.

More than 6.57 million people in the UK have now received the first dose of their vaccine.

Four in five over 80s have been given a dose, the Health Secretary Matt Hancock said last night, and one in nine adults overall.

He told the press conference from No10 that more than 250 people were being jabbed a minute, and therefore the Government was "on track" to offer the 14 million people in the top four priority groups their jab by February 15.

But he said supply was "tight", amid tensions with the European Union.

The EU has threatened to block the export of millions of life-saving Covid jabs – a move MPs branded “mean-spirited and selfish”.

The EU is in a bitter row with AstraZeneca, after it cut the number of vaccines it is sending to the bloc, but did not slash British supplies.

AstraZeneca, which makes the Oxford vaccine, has factories in the EU.

But it is believed the majority of the vaccine used on Britons is made at its plants in Oxford and Keele, Staffordshire.

Now, all pharmaceutical giants making vaccines in the EU will have to give “early notification” to the bloc if they want to export.

All 40million doses of the Pfizer vaccine ordered by the UK are believed to be made at the firm’s plant in Brussels, meaning the plans could scupper the arrival of tens of millions of doses of the life-saving jab in Britain.