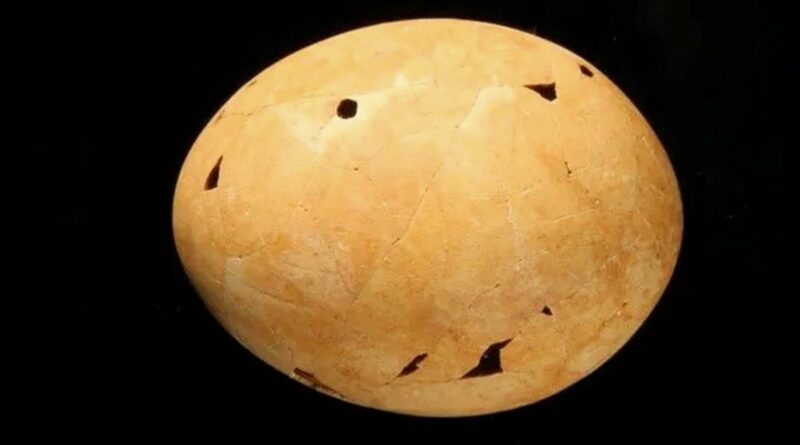 "The Demon Ducks of Doom" may have provided early humans with a cracking source of food with eggs the size of melons.

A study has found that early settlers in Australia lived alongside birds weighing 200kg (440lb) and measuring 2m (6.6ft) tall around 65,000 years ago.

According to a recent study by researchers from the University of Copenhagen, Genyornis newtoni were a duck-like breed of megafauna, boasting a huge beak and co-existing with our ancestors.

Clearly now extinct, the birds' eggs were likely to have been gathered and consumed as an essential protein source.

Since experts initially found the 50,000-year-old eggshell pieces 40 years ago, the huge eggs have been the subject of debate.

It wasn’t known until recently if the eggs genuinely belonged to the family of “demon-ducks”, also known as dromornithids.

Since 1981, the identity of the bird that lay the eggs has been a source of controversy for scientists across the globe.

Some thought the shells were from Progura birds, an extinct member of a species of “chicken-like birds” that only weighed between five and seven kilos and had huge feet.

“However, our analysis of protein sequences from the eggs clearly shows that the eggshells cannot come from megapodes and the Progura bird,” said Josefin Stiller, an assistant professor at the University of Copenhagen’s Department of Biology and one of the researchers behind the new study.

“They can only be of the Genyornis. As such, we have laid to rest a very long and heated debate about the origin of these eggs,” added co-author and University of Copenhagen professor Matthew Collins, whose area of research is evolutionary genetics.

In sand dunes in the southern Australian towns of Wallaroo and Woodpoint, the scientists examined the proteins from shells.

Mr Collins added: “We are thrilled to have conducted an interdisciplinary study in which we used protein sequence analysis to shed light on animal evolution."

Previous research on the egg shards indicates that the shells were cooked and then discarded in fire pits.

Australia’s first inhabitants reportedly probably harvested eggs from nests, which the hypothesis states, may have led to the extinction of the Genyornis bird 47,000 years ago.