PEOPLE in Scotland must prepare for a "digital Christmas" with celebrations likely on Zoom, a Scottish health boss has warned.

National clinical director for the Scottish Government Jason Leitch said the idea of having large family gatherings over the festive season was "fiction" as coronavirus infections continue to rise. 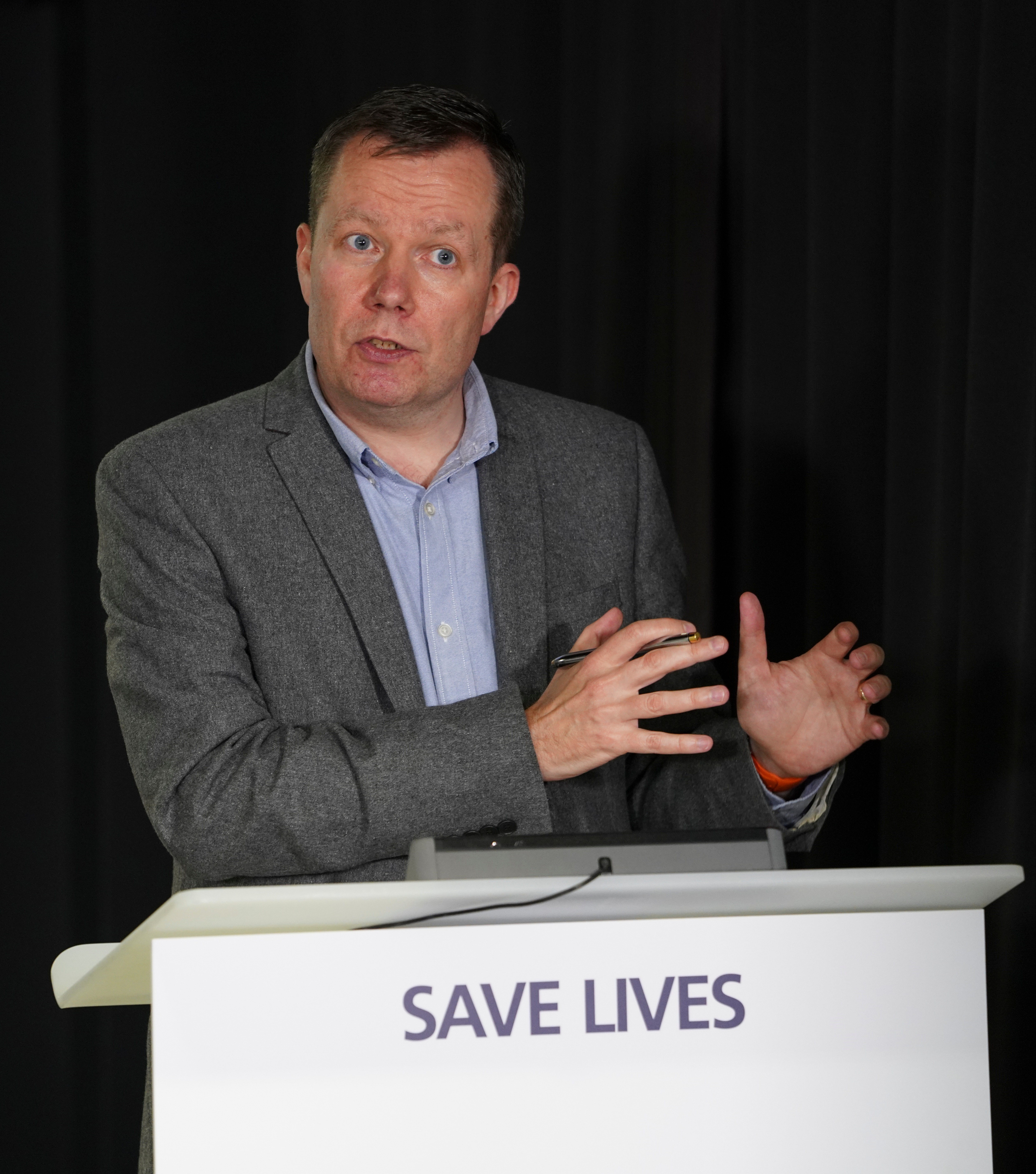 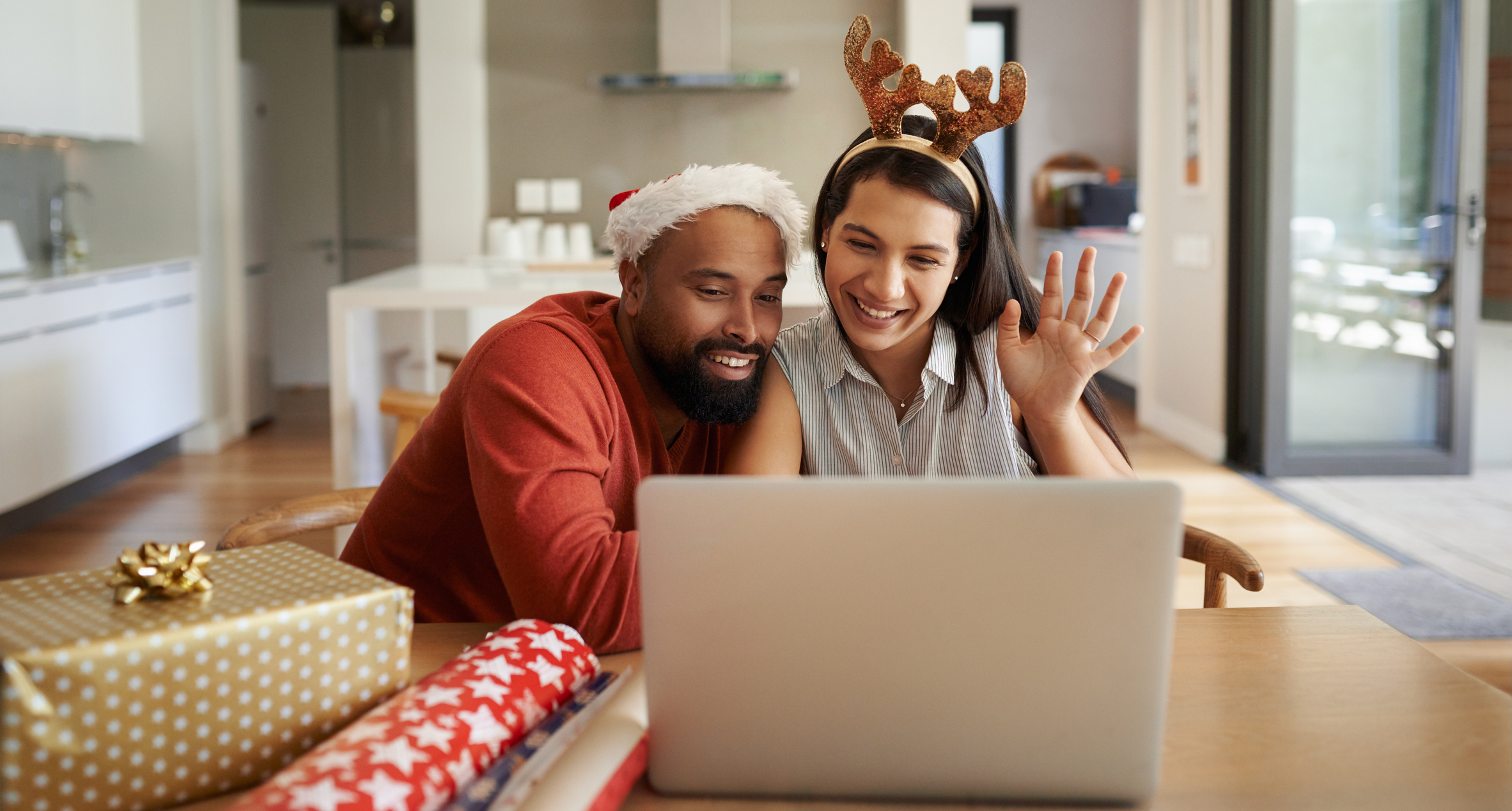 It comes after First Minister Nicola Sturgeon extended the country’s circuit breaker lockdown by a week until November 2, when a new five-tiered lockdown will be introduced.

Restrictions could be relaxed if case numbers fall, but Mr Leitch said people should "get their digital Christmas ready".

"I’m hopeful costs now may get us a more family Christmas," he told the Good Morning Scotland Radio programme.

"But Christmas is not going to be normal, there’s absolutely no question about that.

"We are not going to be in large family groupings, with multiple families coming round – that is fiction for this year.

"I’m hopeful that if we can get numbers down to a certain level we may be able to get some form of normality. But people should get their digital Christmas ready."

Opposition politicians said the public would be "devastated" by the news and called for more details.

People have made huge sacrifices for months on end, they will be devastated to hear that Christmas as they know it is cancelled this year.

Scottish Lib Dem leader Willie Rennie said: "People have made huge sacrifices for months on end, they will be devastated to hear that Christmas as they know it is cancelled this year.

"Many will rightly question whether the Government has used the past six months as well as they could have to expand testing, shore up our NHS and prepare for a second wave."

Under current restrictions in Scotland, bars and restaurants in the so-called "Central Belt" between Glasgow and Edinburgh must be shut and can only operate a takeaway service.

Licensed cafes can open until 6pm but cannot serve alcohol.

Across the rest of the country, hospitality businesses can only open until 6pm indoors, without serving booze. Alcohol can be served in outside areas until 10pm.

The curbs were originally in place from October 9 to 25 – next Sunday – but Ms Sturgeon confirmed yesterday that they will be extended by a week until 6am on November 2, when Scotland enters a tiered lockdown system like in England.

Boris Johnson has hinted in the past that he would suspend the Rule of Six on Christmas so families can spend it together.

The PM said at the start of the month that he would do "everything we can" to make sure grandparents don't get left out, or family lunches have to be split up by the coronavirus rule.

But that was before he introduced his three tier lockdown system – and the Scottish Government's version will add two extra risk levels onto the English model.

There would be an upper "extreme" tier as well as a lower "Tier Zero," it has been reported.

Scots living in areas with the highest level would be hit by restrictions almost as severe as March's full lockdown, when there was a "stay at home" order.

The three middle tiers are said to "broadly mirror" the English system.

And under Tier 0, life would resemble pre-pandemic normality, it is understood.

Meanwhile, Boris Johnson has refused Sir Keir Starmer's demands for a similar circuit-breaker lockdown, a national move which would close facilities across England.

It means England is standing alone in not having introduced a temporary shutdown of certain businesses nationwide – after Wales, Northern Ireland and Scotland all introduced them.

The PM said "we will do whatever it takes" to get the country through the crisis, but has said it should be a localised approach. 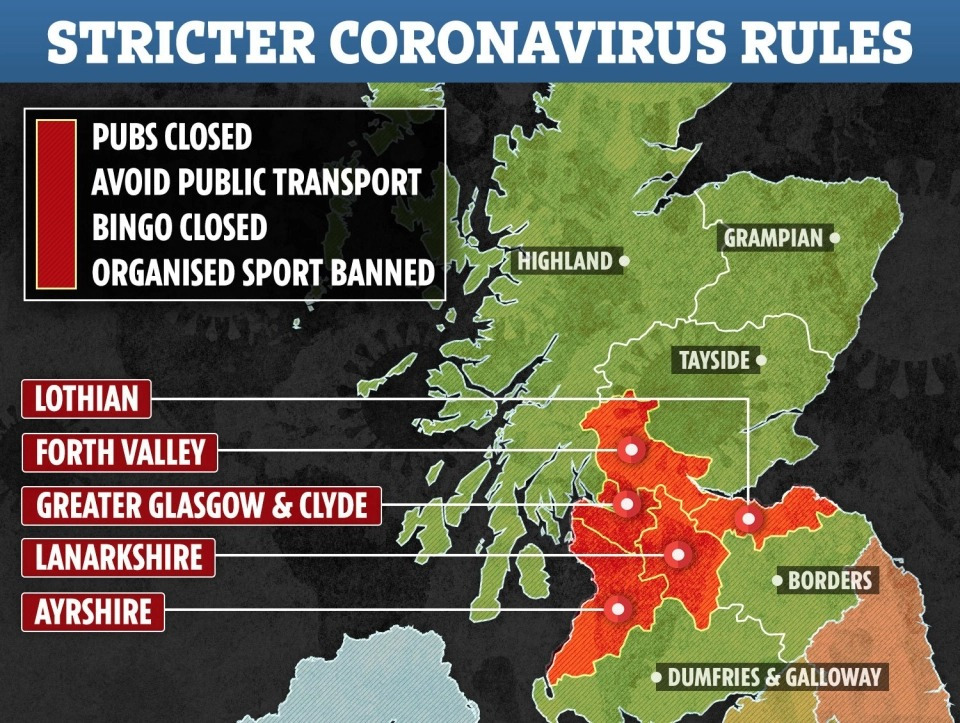 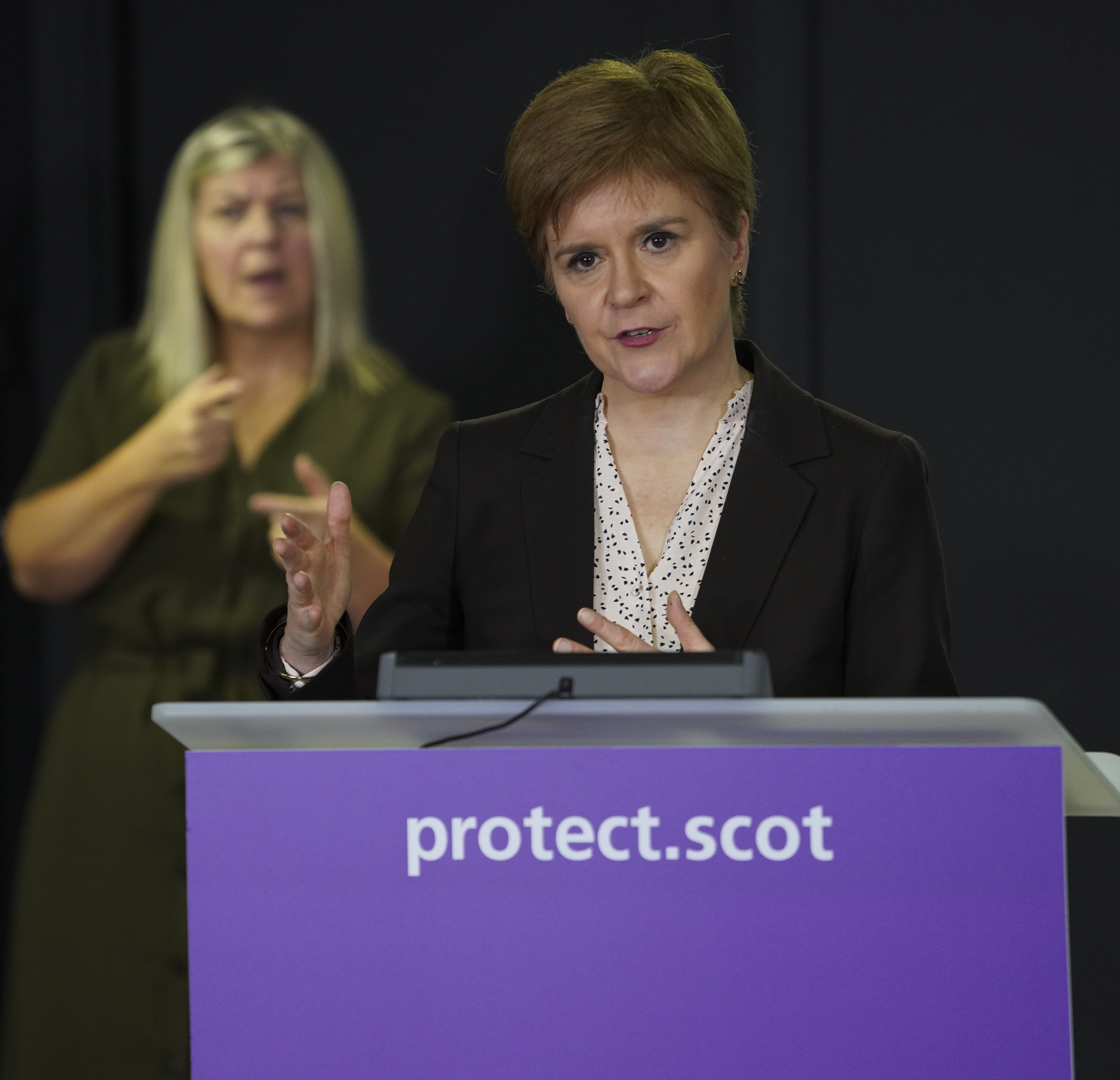 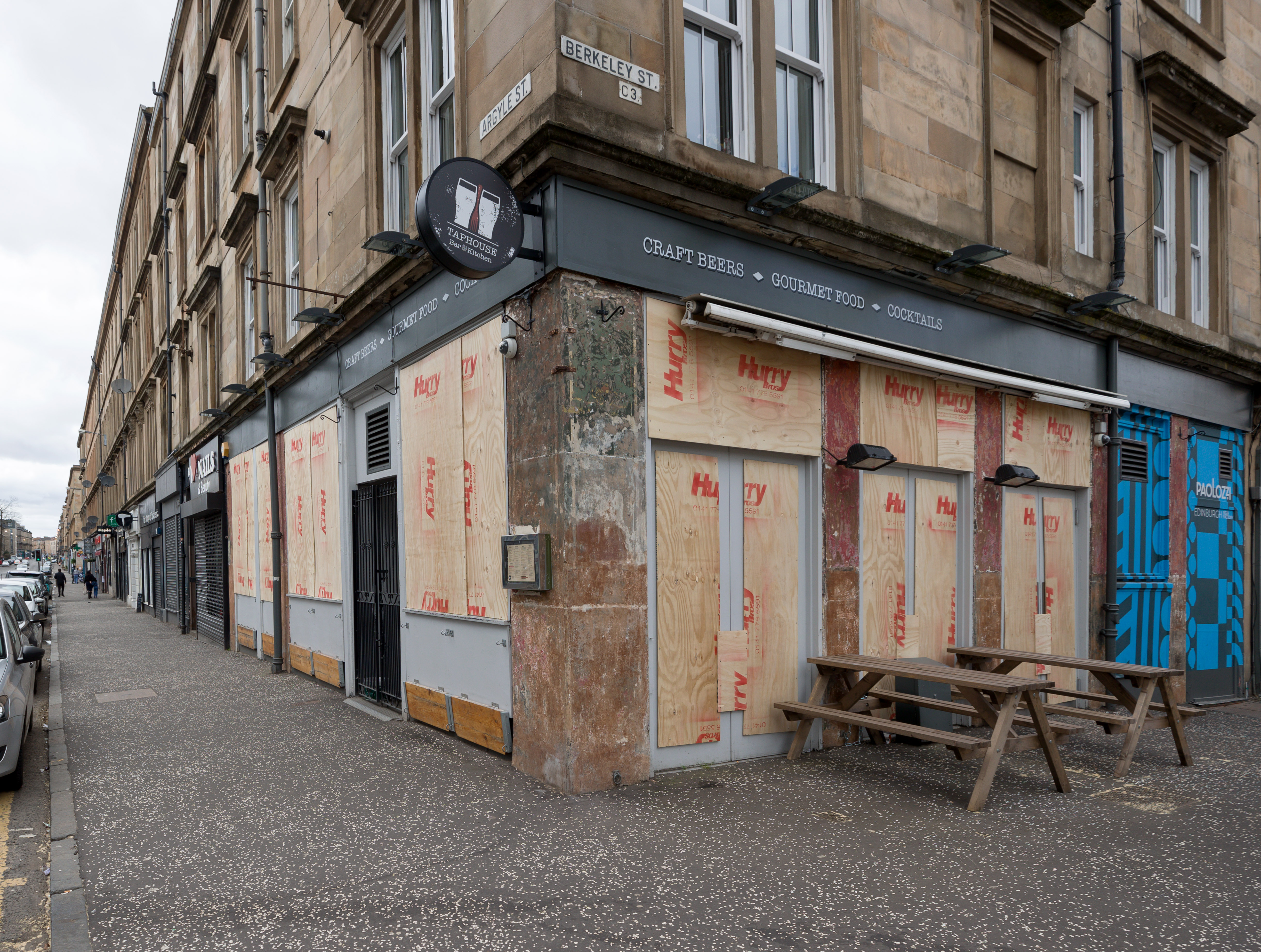 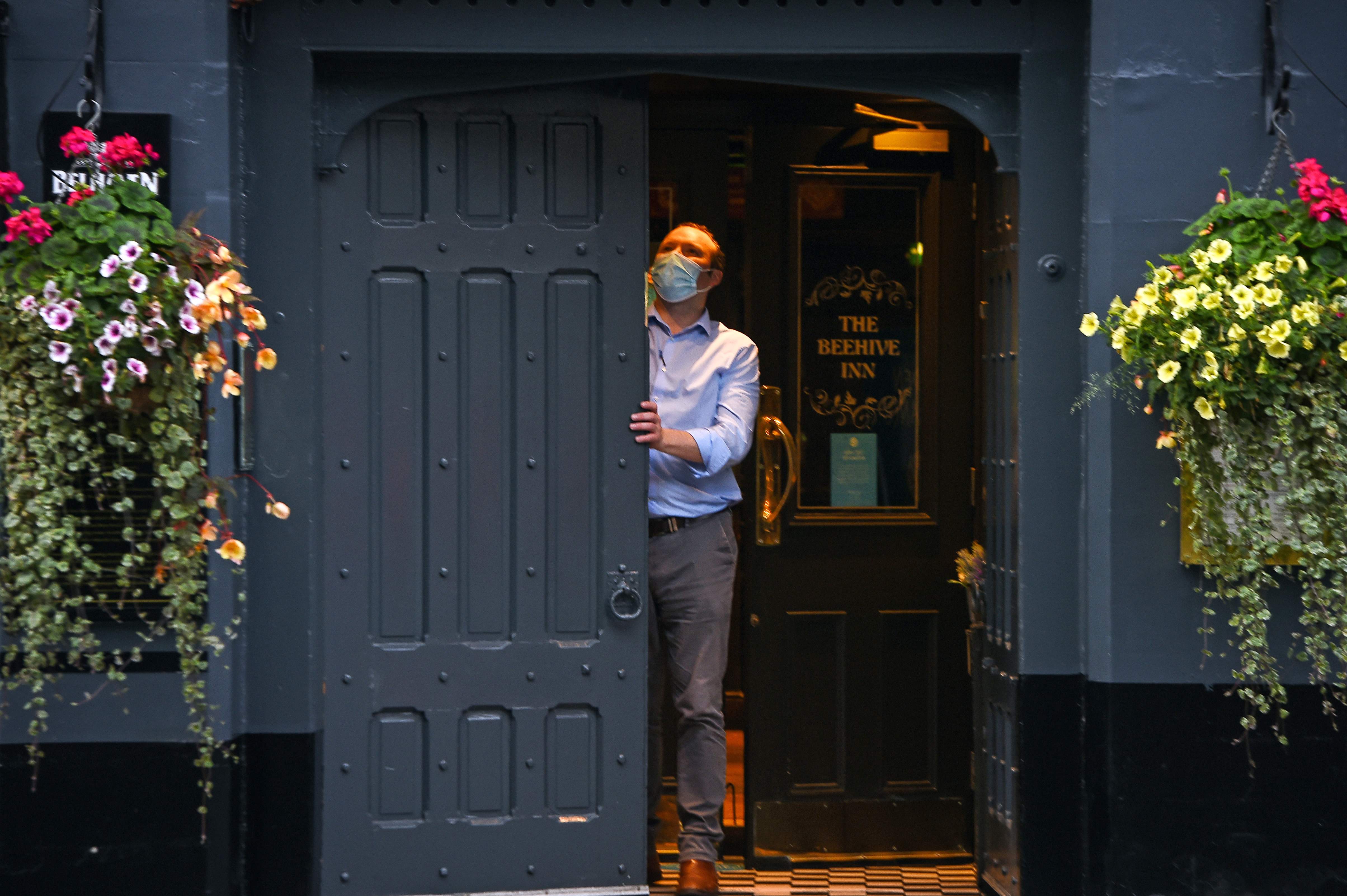