A primary school was put on lockdown after two young people were spotted carrying an airgun on an illegal traveller camp next door.

No pellets were fired as the weapon was not loaded but children were kept inside the school as a precaution.

Police confirmed that they had located one boy aged 12 or 13 years, carrying an unloaded air rifle and had spoken to his parents who took the gun from him. No shots had been fired. 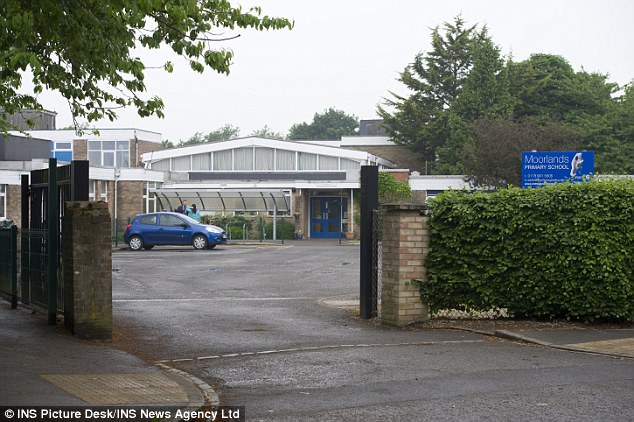 Moorlands Primary School in Tilehurst, Reading (pictured), was put on lockdown after two young people were spotted carrying an airgun 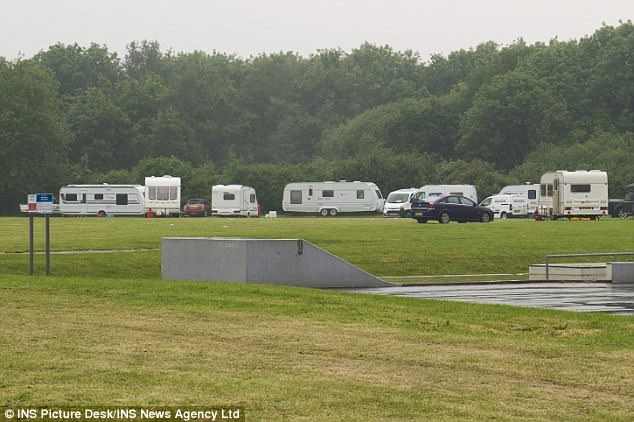 Sarah, a mother at the school, told In Your Area that the group arrived on Monday.

She said: ‘There were eight caravans here earlier in the week and now I’d say there’s about 30.

‘It’s one of the biggest groups I’ve ever seen.’

She added: ‘It’s a worry, the children have been saying about seeing people with guns.

A Reading Borough Council spokesperson has said the travellers have been served papers requiring them to move on.

A police spokeswoman said: ‘Thames Valley Police was called to reports of a person being in possession of an air rifle near Moorland Primary School in Church End Lane, Reading, Berkshire.

‘On arrival, a child was in possession of an unloaded air rifle, with no access to ammunition.

‘The weapon was removed by the parents of the child and taken to another address.

‘There were reassurance patrols around school closing time and will be again in the morning [Friday], although the situation has been resolved and the family involved were given advice.’ 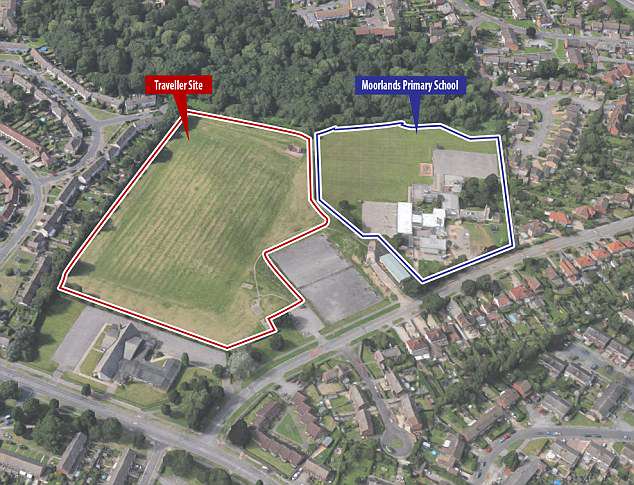 The traveller site is next door to the primary school. One parent said the travellers began arriving on Monday 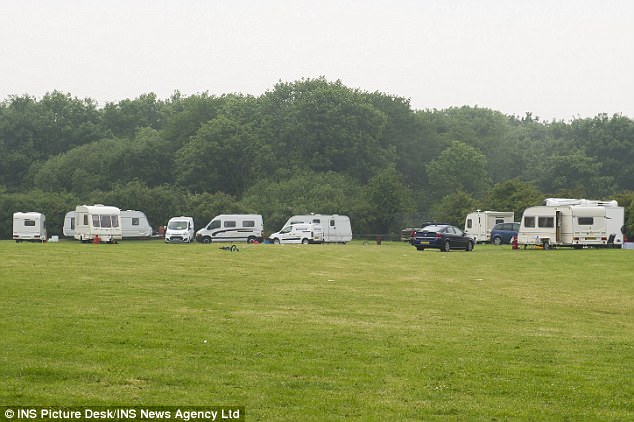