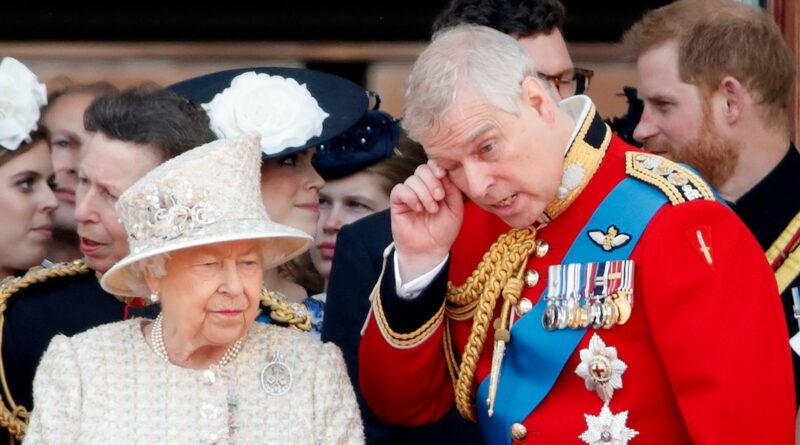 Richard Fitzwilliams made the remarks following news that the Duke of York has reached a 'settlement in principle' with accuser Virginia Giuffre after she launched a civil sex case against him.

Ms Giuffre claimed he sexually abused her when she was 17 at the Manhattan home of his late paedophile friend Jeffrey Epstein, which Andrew has denied.

On Tuesday ( February 15), the lawyers for both Andrew and Ms Giuffre confirmed that Andrew will also make a “substantial donation” to her charity in support of victims' rights.

The lawsuit is expected to be dismissed shortly following the settlement in a Manhattan federal court. The exact amount has not been disclosed.

Fitzwilliams believes the announcement is a "huge relief for the royal family" and says the trial would have dampened the Queen's Jubillee.

He told the Daily Star: "Any public court case would have been unthinkable and the forthcoming examination by Virginia Roberts Giuffre’s legal team would have been a considerable ordeal.

"At reportedly great expense this civil case is now settled. It has brought considerable embarrassment to the royal family.

"Although it would not have overshadowed the Platinum Jubilee celebrations in June it would have cast a cloud over a unique year."

He continued by saying that Andrew strongly denies the allegations but "in the court of public opinion his Newsnight interview, the unexplained photograph with Virginia Roberts taken in 2001 and his disastrous friendships with Epstein and Ghislaine Maxwell have been catastrophic

"He is unlikely ever to return to royal duties and, since he is committed in the settlement to join the fight against the evils of sex trafficking, he ought to help the FBI in their enquiries as he promised to do."

A document submitted to a US court said Prince Andrew "regrets his association" to convicted sex offender Jeffrey Epstein.

It read: "Virginia Giuffre and Prince Andrew have reached an out of court settlement.

“The parties will file a stipulated dismissal upon Ms Giuffre’s receipt of the settlement (the sum of which is not being disclosed).

“Prince Andrew has never intended to malign Ms Giuffre’s character, and he accepts that she has suffered both as an established victim of abuse and as a result of unfair public attacks.

“It is known that Jeffrey Epstein trafficked countless young girls over many years. Prince Andrew regrets his association with Epstein, and commends the bravery of Ms Giuffre and other survivors in standing up for themselves and others.

“He pledges to demonstrate his regret for his association with Epstein by supporting the fight against the evils of sex trafficking, and by supporting its victims.”

Representative for Prince Andrew declined to comment. Buckingham Palace has also been contacted.