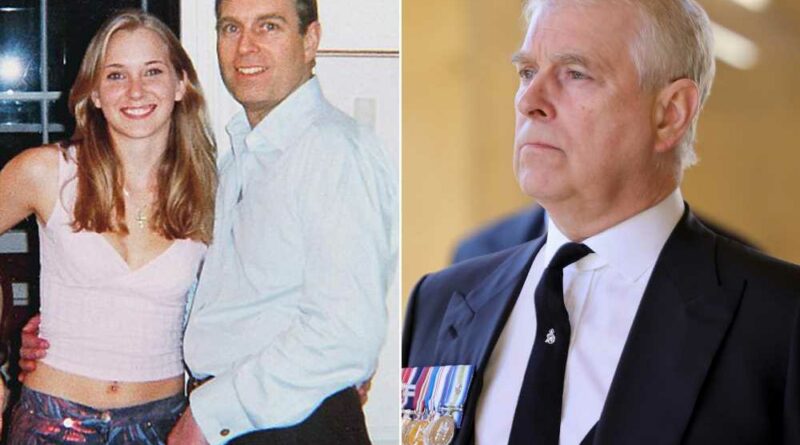 Jeffrey Epstein accuser Virginia Roberts Giuffre may file a lawsuit against Prince Andrew this week in New York court — accusing the royal of “improper sexual violations,” her lawyer said in a new interview.

The potential suit would be filed under the sex-crimes extension granted by the New York Child Victims Act — which ends Saturday, Giuffre’s attorney, David Boies, told the Mail on Sunday newspaper.

The court action “would be based on [Giuffre] being lent out to Prince Andrew for sex by Jeffrey Epstein and [her] being under 18” at the time, Boies said.

It would also include claims of “improper sexual violations” and “physical and emotional distress” suffered by Giuffre, who has repeatedly claimed she was forced to sleep with the UK royal three times.

“To use a common phrase here in the United States, ‘Time’s up,’” Boies told the UK paper of the potential legal action.

Andrew’s legal team has ignored two formal legal letters offering to sign a “tolling agreement” that would extend the statute of limitations and allow negotiations to continue, Boies said.

The royal’s lawyers were warned that Giuffre needed to file a claim “now” or she risks not being able to file one at all once the New York extension to such cases runs out, Boies told the Mail.

Giuffre will make the final decision, her lawyer said.

“This could be devastating for Andrew,” a source told the UK paper.

“If he chooses to fight it and is deposed [forced to give evidence], then those depositions could end up being made public,” the source said, referring to what happened to Andrew’s socialite pal Ghislaine Epstein and embarrassing documents released in her settled lawsuit with Giuffre.

“If he ignores it, he could be found guilty in absentia which would be a public relations disaster,” the source added.

Giuffre has repeatedly alleged in court documents and explosive TV interviews that she was made to have sex with Andrew three times.

She is able to file under the Child Victims Act — the landmark law passed in 2019 that allowed victims of any age to seek civil action against their abusers, regardless of how long ago the abuse happened — because she was under 18 at the time of the alleged crimes in New York.

The law was again extended last year and is set to run out Saturday.

The Duke of York has always denied having sex with Giuffre — even denying knowing her and questioning the authenticity of a now-notorious photo of them hugging.

Buckingham Palace has also “emphatically denied that the Duke of York had any form of sexual contact or relationship with Virginia Roberts.”

“Any claim to the contrary is false and without foundation,” the royals have said.

A spokesperson for Andrew declined to comment, the Mail on Sunday said.

Epstein hanged himself in his Manhattan lockup in August 2019 while awaiting trial on serious sex charges.

Maxwell is in custody in Brooklyn awaiting trial for allegedly recruiting underage girls for Epstein. She has pleaded not guilty.