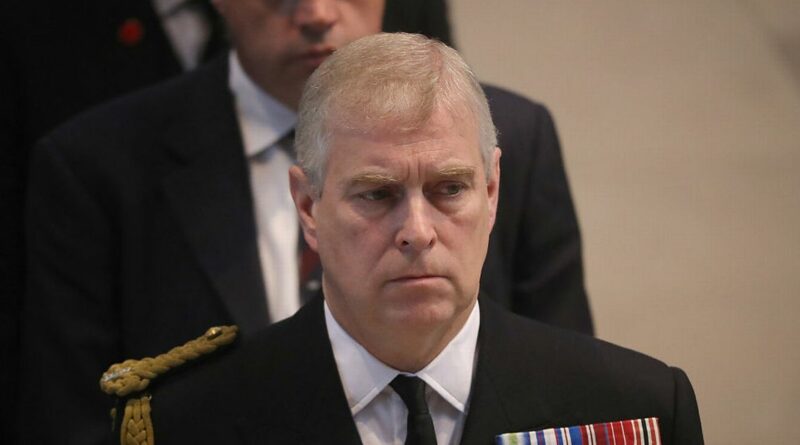 Prince Andrew is set to be stripped of nine honorary military titles, we can reveal.

The disclosure comes after senior insiders privately branded him “toxic”.

Sources said his friendship with sex offenders Jeffrey Epstein and Ghislaine Maxwell was ­“beyond untenable” and could effectively end his association with the armed forces.

A former defence chief said Andrew’s only hope was if a civil case brought by Virginia Giuffre against him failed, saying: “If the case succeeds, he must go.”

The Duke of York strongly denies her claim that she was forced to have sex with him when she was 17. But other senior officers claimed his reputation was already so damaged he must stand down.

One source said: “Even if he is exonerated, he is now ­regarded as toxic.”

Protocol dictates that any culling of his titles would have to come from Buckingham Palace, but it is understood the military would not object.

A source claimed he expected an announcement from Andrew soon. It came as a judge in the US denied a motion from the Duke’s lawyers to halt proceedings on the grounds Ms Giuffre is “actually domiciled in Australia”.

Earlier this week, Andrew's legal team were said to be locked in emergency talks after Maxwell was convicted for aiding Epstein to sexually abuse girls.

The British socialite was found guilty on five counts on procuring, grooming, and tracking girls for sex for Epstein to abuse and faces 65 years in jail.

It was claimed the trial verdict had sparked fear in the Duke of York's lawyers as proof in a criminal case is needed to be higher than that in a civil case, which Andrew is facing.

Ms Giuffre has accused the prince of sexual assault when she was 17 in London, which he has vehemently denied.

In her lawsuit, she claims she was sex trafficked to Andrew on three occasions by Epstein.

Epstein, 66, committed suicide in August 2019 while in jail. He was arrested a month earlier and charged with child sex offences.