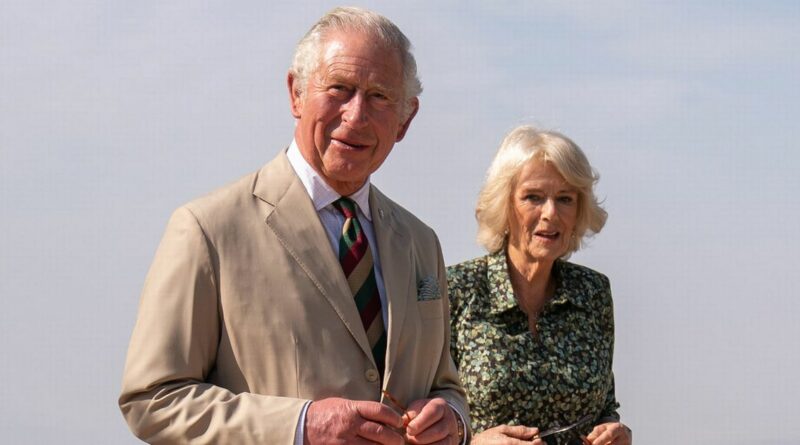 Prince Charles has claimed the Queen is is "doing alright" after a spell of poor health saw her cancel appearances at a handful of events.

The monarch missed the annual ceremony at the Cenotaph for Remembrance Sunday last weekend and also the Church of England's national assembly yesterday after spraining her back.

However, during his trip to Jordan, the Prince told reporters that his mother is doing well health-wise.

The royal, who spent the day exploring the ruins at ancient Jordanian site Umm Qais and meeting refugees from Syria told Sky journalist Rhiannon Mills: "She’s alright, thank you very much. Once you get to 95, it’s not quite as easy as it used to be. It’s bad enough at 73!"

The Prince and the Duchess of Cornwall are on a mini tour of Jordan and Egypt after arriving yesterday on official duties.

The couple were hosted at Al Husseiniya Palace by King Abdullah II and Queen Rania and also visited Amman to drop into a secondary school and refugee centre.

Her Majesty has held a face-to-face audience with General Sir Nick Carter, the Chief of the Defence Staff, at Windsor Castle, today.

This is part of her first official engagements since missing the Remembrance Sunday service.

It is the first time in nearly a month that the monarch has been pictured carrying out an in person engagement since she hosted a reception for the global investment summit at Windsor on October 19.

She also held a face-to-face audience with Prime Minister Boris Johnson last week but was not pictured doing so.

The Prince of Wales's remarks come after the Queen yesterday said "none of us can slow the passage of time" in a poignant message to the General Synod given by Prince Edward in her absence.

The 95-year-old monarch reminisced about her late husband Prince Philip, remarking how it has been half a century since they together attended the very first meeting of the General Synod.

In the speech to the Church of England's national assembly, the Queen praised "our richly diverse modern society" which "the well-being of the nation depends on the contribution of people of all faiths, and of none".