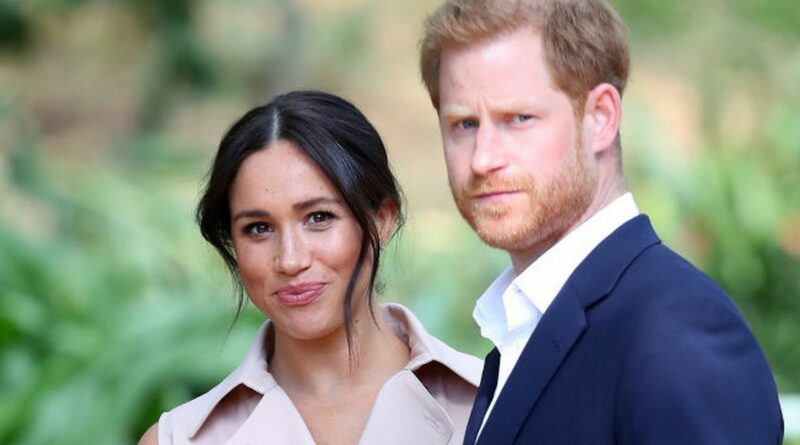 Prince Harry and Meghan Markle have “muddied” their relationship with the Royal Family with “convenient fictions” said a royal expert who expects more to come in the Duke of Sussex’s memoirs.

With the Sussexes having also spoken openly about the royals including claims of racism, historian Dr Edward Owens also foresees some “uncomfortable truths” from the autobiography.

News that Harry was writing a memoir that will be published next year shocked royal fans and it is reported that the Windsors are worried now about what he may say, having been critical in US media.

Since moving to the United States, Harry and Meghan have given a series of interviews where they have hit out at the royal way of life.

Dr Owens though focused on the financial claims by Harry which he alleged are not entirely accurate.

He told the Express: “There will also be fictions as well. Harry and Meghan have been quite good at developing convenient fictions, which have muddied the reality of the relationship.

“They haven’t been entirely truthful for example they said that they had been cut off from the Royal Family in terms of their finances when that simply wasn’t the case at the time.

“Harry was still receiving for his security from his father but they made out that wasn’t the case.”

Dr Owens was referring to when Harry told Oprah Winfrey that he was not getting financial support in the first months of 2020.

He said: "My family cut me off financially and I had to afford security for us.

"Yeah, in the first half, the first quarter of 2020. But I've got what my mum left me, and, without that, we would not have been able to do this."

Yet a Clarence House spokesperson told the BBC that Harry had received a substantial sum from Prince Charles following his decision to leave the Royal Family.

Meghan also suggested that she had been subject to racism from the Royal Family in the interview with Oprah. She claimed that an unnamed person had enquired what colour the skin of her baby would be when she was pregnant with Archie.

That and other claims has led Dr Owens to believe that there will be further "uncomfortable truths" in Harry's new book.

"Because Harry and Meghan made the [race] point in the interview, I anticipate that there will be some uncomfortable truths contained in this memoir," he added.