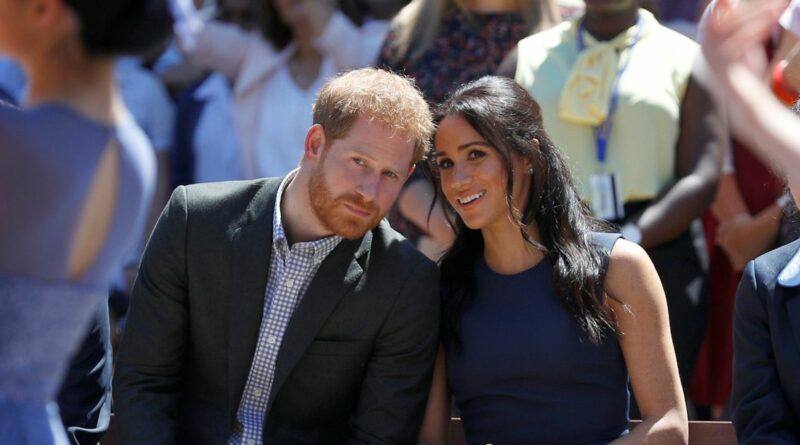 Prince Harry said that the media buzz around him after he announced he was engaged to Meghan Markle made him a "bullet magnet" and that "anyone standing next to him was unsafe", according to his new book.

In his new memoir Spare, Prince Harry said that trolls had been riled up by media reportage of the upcoming wedding, so much so that the Palace raised the internal threat level around the couple.

The prince, 38, even said that he and Meghan had become "prized target for terrorists and extremists".

In his memoir, Spare, he said that the threat level, used by Palace security to allocate personnel and guns, had become "vertiginous".

"In pre-wedding conversations with police, we learned that we'd become the prized targets for terrorists and extremists," he wrote.

He recalled how General Richard Dannatt, a retired senior British Army officer and member of the House of Lords, had called him a "bullet magnet" and that anybody standing next to the Prince "would be unsafe".

"Well, I was a bullet magnet again, but standing next to me would be the person I love most in the world."

Harry is also said to have told the Palace "let's go to war" prior to his wedding day, over specific requests that they "scoffed" at.

The Duke appeared ready for war, telling officials that he had "had it" with a royal system that had "been devised some forty years earlier".

Writing in Spare, the Duke revealed: "Above all, we hoped the royal correspondents would continue to write about poo instead of trying to stir it up.

"So when the Palace encouraged us to feed more wedding details to those correspondents, known as the Royal Rota, we obeyed.

"At the same time, I told the Palace that on the Big Day, the happiest day of our lives, I didn't want to see one single royal correspondent inside that chapel, unless Murdoch himself apologized for phone hacking.

"The Palace scoffed. It would be all-out war, the courtiers warned, to bar the Royal Rota from the wedding. Then let's go to war."

The Duke shared his disdain for the "Royal Rota", a system in place that Harry accused of encouraging a "small mob of hacks".