Home » World News » Prince Harry has ‘no interest’ in having relationship with Camilla, says expert 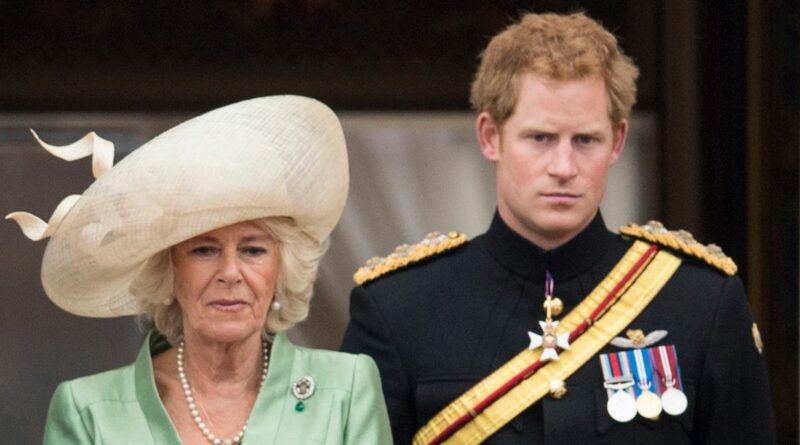 Prince Harry has 'no interest' in having a relationship with Camilla, Duchess of Cornwall, according to a royal expert.

Royal expert Ingrid Seward even went as far as to say that Harry "doesn't have great respect" for Camilla, who is married to his father.

Harry and William were initially "very happy" to welcome Camilla into the Royal Family, and that she "kept in the background" and "didn't interfere", however things appear to have changed according to Seward.

READ MORE: Naked streaker rugby tackled by golfer who celebrates bringing him down at The Open

"I don't think Harry is interested in developing a relationship with his stepmother at this stage in his life," Ingrid said on the Pod Save the Queen podcast.

"I don't think Harry has a great deal of warmth for her, he waxes and wanes with her," Ingrid explained.

"I don't know about the recent trip but certainly I think Harry was quite happy to accept Camilla in the beginning but then went off the boil about her and I don't think he holds her in great respect."

Royal biographer Angela Levin told the Sun a different story back in March.

Levin, usually heavily critical of Harry and Meghan, said that Harry was “very nice about [Camilla], said she was a wonderful woman and said he liked her very much” when they met.

She also noted that Camilla was “very helpful to Meghan when she first joined—took her out for lunch and tried to teach her some of the things she needed to know—the restrictions and the disadvantages as well as the positives.”

The news comes as royal commentator Neil Sean claimed Harry is having regrets about his infamous royal exit.

"Prince Harry is in fact incredibly homesick,” he told viewers on his YouTube channel.

“A very good source who knows Prince Harry well said that he’s half in and out about it. Coming back here for the Platinum Jubilee sort of reignited the former life that he knew, particularly with all the pomp and circumstance of a big royal event like the Platinum Jubilee.

“But for him also, it was the fact that there weren't very many people around him who once were very close, but are now very distant.”