Prince Philip might MISS the royal wedding: Kensington Palace is ‘hopeful’ the Duke of Edinburgh will have recovered from hip replacement in time to attend 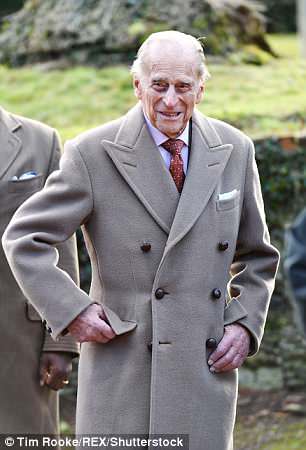 Buckingham Palace is hopeful Prince Philip will be at the royal wedding although his attendance is not guaranteed, it emerged today.

The Duke of Edinburgh is currently recuperating from a hip replacement and may have to be aided with a ‘stylish stick or cane’ at the ceremony.

Asked whether Philip would be at the wedding, a palace aide said today: ‘We very much hope so.’

Royal staff will take guidance on whether he is well enough to attend closer to the time, the member of staff added.

The Duke of Edinburgh was admitted to the private King Edward VII Hospital in early April for surgery after a month of severe discomfort on the advice of doctors.

It seems as if the 96-year-old, who is likely to still be using walking sticks or crutches at this stage, was keen not to be seen incapacitated so left ten days later after a prolonged rest.

Buckingham Palace said he would continue his recovery at Windsor Castle, where the Queen is in residence, and both the Queen and Princess Anne have said he is in ‘good form’. 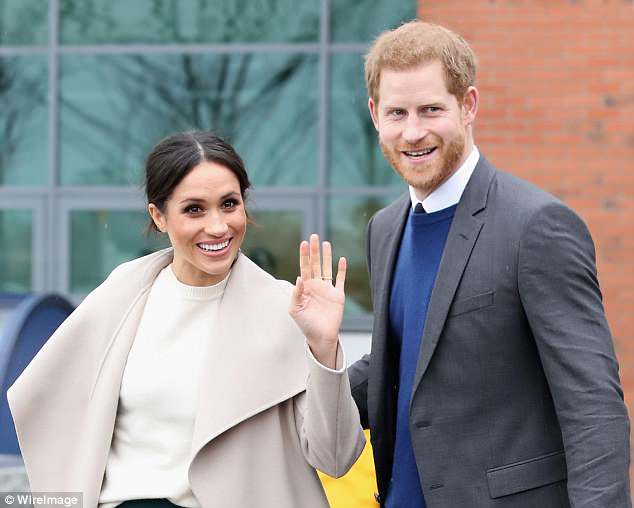 The elderly royal will have already begun his rehabilitation moving with the aid of a stick or crutches, and will face weeks of physiotherapy as he learns to walk again on his new hip.

The Queen Mother underwent two successful hip replacement operations in the 1990s, first a planned procedure when aged 95 then later an emergency operation when 97 following a fall.

For about a month before his operation the duke had complained about trouble with the joint but medical experts have said a few weeks after a hip replacement patients are usually back to their normal lifestyle, free from pain.

It was announced today that Meghan’s mother and father will also be introduced to Philip and the Queen, as well as the Prince of Wales, the Duchess of Cornwall and the Duke and Duchess of Cambridge, ensuring they are welcomed into the royal fold.

‘Prince Harry and Ms Markle are very much looking forward to welcoming Ms Markle’s parents to Windsor for the wedding,’ he said.

‘Mr Thomas Markle and Ms Doria Ragland will be arriving in the UK in the week of the wedding, allowing time for Prince Harry’s family, including the Queen, the Duke of Edinburgh, the Prince of Wales, the Duchess of Cornwall, and the Duke and Duchess of Cambridge, to spend time with them before the big day.

‘Both of the bride’s parents will have important roles in the wedding.’ 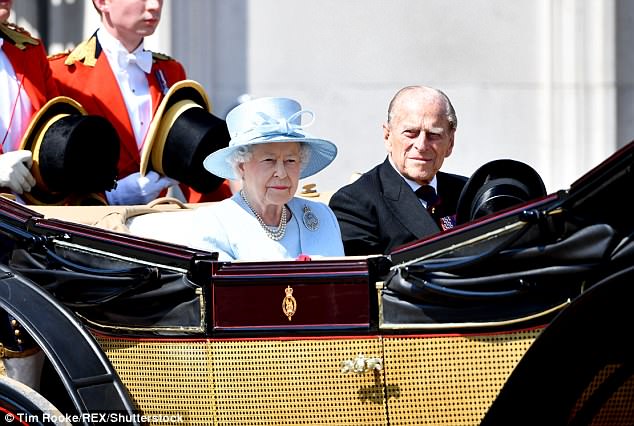 The Queen and Prince Philip (pictured at the Trooping the Colour event last year) will meet Meghan’s parents before the ceremony, it was announced today