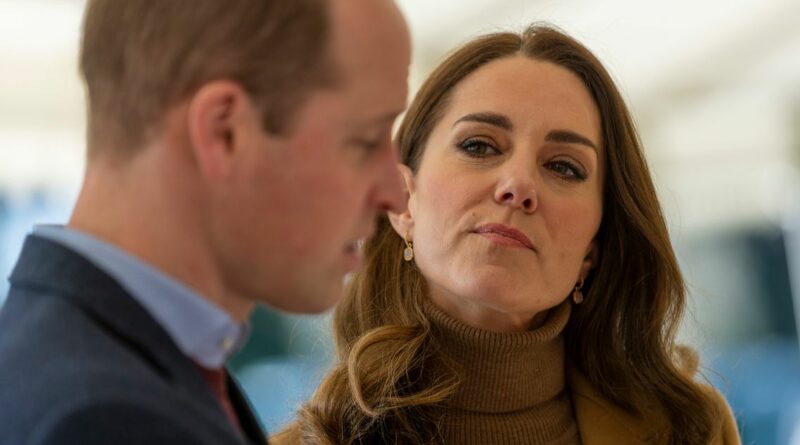 Prince William jokingly ruled out adding a fourth royal child to the Cambridge clan as he teased Kate whilst she cuddled a cute baby on a royal engagement.

The happily-married duo, who already have kids Prince George, Princess Charlotte and Prince Louis, were visiting Lancashire on official business.

But William spotted his wife’s gaze and chirped: "Don't give her any ideas.”

He then told smiling Kate, who famously loves children, that: "You can't take her with you!"

The royal duo were at Church on the Street in Burnley, to raise awareness for a centre that helps people struggling with problems such as homelessness and addiction.

But it isn’t the first time Prince William has subtly ruled out another child – in 2019, as he and Kate visited Ireland, the Duchess was enjoying meeting a five-month-old baby.

She was cheekily asked by the father about a baby number four, but Kate laughed: "I think William would be a little worried."

Alongside the Duke of Cambridge’s playful comments, he took the time to sympathise with a devastated schoolboy who had lost his mum.

William, who went through the trauma of Princess Diana’s fatal car crash in 1997, told 11-year-old Deacon Glover “I know how you feel” after learning of the tragic death of his mother Grace Taylor, who passed away aged 28.

He put a calming hand on his shoulder and reassured the youngster: “It gets easier.”

Be the first to hear all the latest royal news from the Daily Star by signing up for one of our free newsletters here.

The Cambridges went to Church on the Street after watching television reports of Pastor Mick Fleming, involved in setting up the institution.

The church, housed in a former gym, says it is a safe space for anyone who is struggling, including those with mental health problems.