Jerusalem: Prince William began his visit to Israel on Tuesday with an emotional visit to Jerusalem's Yad Vashem Holocaust memorial and a meeting with two survivors who escaped Nazi Germany for the safety of Britain.

Yad Vashem Chairman Avner Shalev, who guided the Duke of Cambridge through the museum's exhibitions detailing Nazi Germany's genocide of 6 million Jews during World War II, said the prince was visibly moved as he stopped to inquire about various elements of the Holocaust. 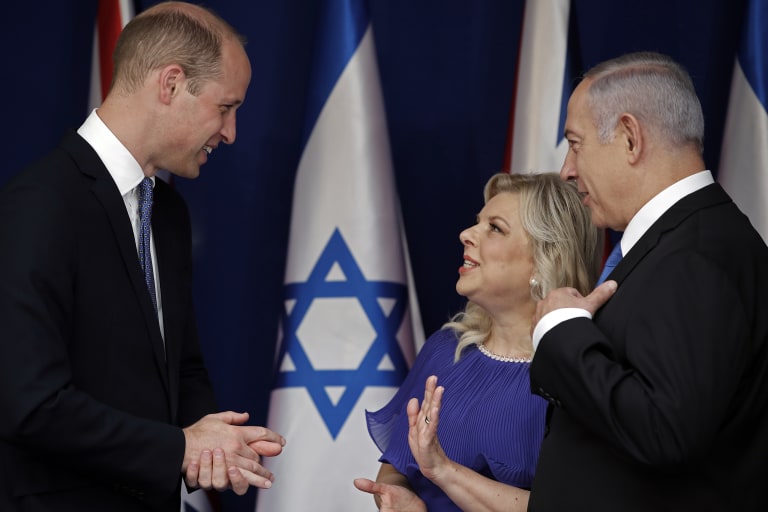 "The theme that repeated itself throughout the entire visit was his wondering of what kind of deep hatred could have driven people to commit such horrific acts," Shalev told The Associated Press. "He kept saying: 'How did they get to such a place?' … He really identified with the victims."

The hour-and-a-half visit included a ceremony in which he placed a wreath on a concrete slab containing the ashes of Holocaust victims and a brief meeting with a pair of survivors from the Kindertransport, a rescue effort for some 12,000 children who were sent from Germany to Britain on the eve of World War II.

Henry Foner, who was fostered by a Jewish family in Swansea, Wales, and later served overseas for the British Army, said it was like a fairy tale for a refugee child like himself to meet a member of the royal family eight decades after the country rescued him. 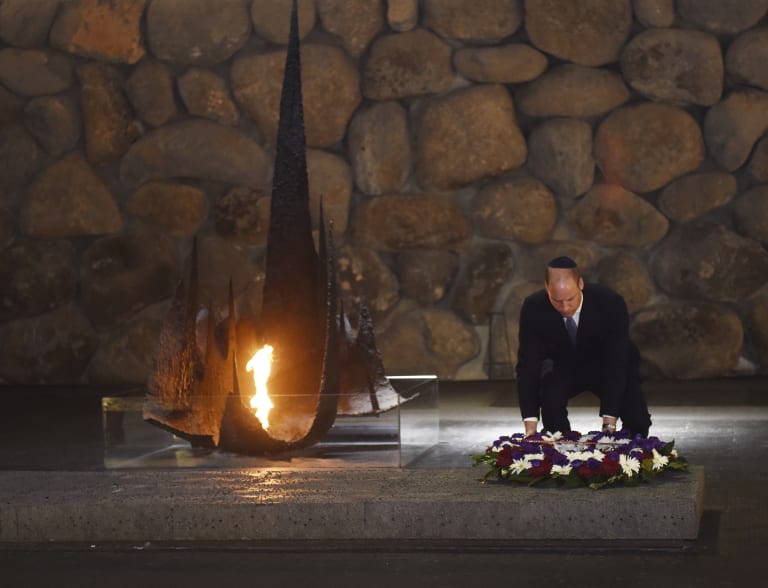 Prince William lays a wreath during a memorial ceremony for Holocaust victims.

"I'm very grateful to Britain because it saved my life, it's as simple as that," said Foner, 86. "It was as if he knew us, he knew the background and he made us feel so at home. It's as if you had met a friend you hadn't seen in a while."

In signing the Yad Vashem guestbook, the prince called it a "profoundly moving experience" and said the Holocaust was "almost impossible to comprehend."

He noted with pride that his great-grandmother had been recognised as a Righteous Among the Nations, the highest honour Israel grants to non-Jews who risked their lives to save Jews during the Holocaust. Princess Alice hid three members of the Cohen family in her palace in Athens during the Nazi occupation of Greece in World War II. Thanks to her efforts, the Cohen family survived and today lives in France.

The princess died in 1969, and in 1988 her remains were brought to Jerusalem. Prince William plans to visit her gravesite later in the week as part of his tour of Jerusalem landmarks.

The prince is the first member of the British royal family to pay an official visit to Israel. Though the trip is being billed as non-political, the prince is meeting with Israeli and Palestinian leaders and visiting sites at the heart of the century-old conflict.

Three decades of British rule between the two world wars helped establish some of the fault lines of today's Israeli-Palestinian conflict, and Britain's withdrawal in 1948 led to the eventual establishment of Israel and Jordan, where he kicked off the five-day Mideast tour on Sunday.

For the 36-year-old William, second in line to the throne, it marks a high-profile visit that could burnish his international credentials.

After Yad Vashem he met with Prime Minister Benjamin Netanyahu and his wife Sara, accompanied by descendants of the Cohen family Princess Alice had saved.

Later, President Reuven Rivlin told the prince about his childhood in Jerusalem living under the British mandate and asked him to deliver a "message of peace" to Palestinian President Mahmoud Abbas, whom he will meet later in the week.

The Palestinians are also eager to welcome the prince, hoping his visit will give them a boost as they struggle with a Trump administration they consider biased toward Israel.

The prince will try to deftly dodge politics as he later visits east Jerusalem, which Israel captured in the 1967 Mideast war and annexed in a move not internationally recognised. Israel considers east Jerusalem, home to holy sites sacred to Jews, Christians and Muslims, as an inseparable part of its capital. The Palestinians claim east Jerusalem as their future capital.

The prince presented Rivlin, an avid football fan, with a jersey of his favorite Premier League team, Liverpool, and expressed how eager he was to dive into his first visit to the Holy Land.

William then departed for coastal Tel Aviv to attend a soccer match of young Jewish and Arab players run by the Peres Peace Center. 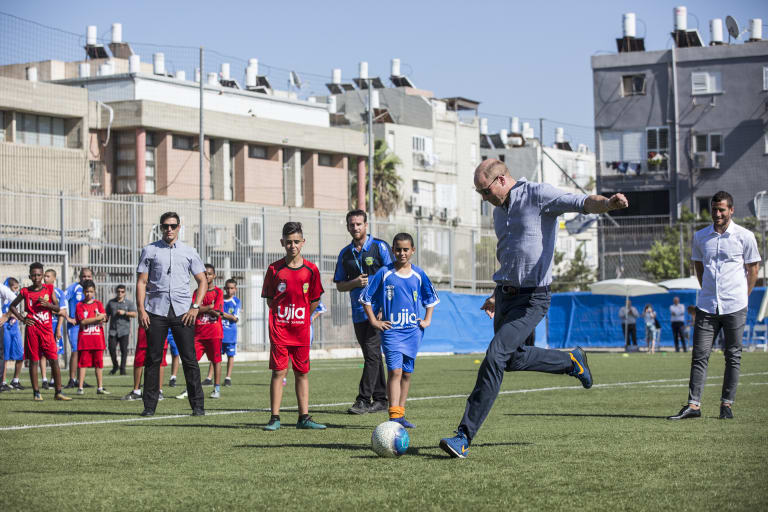 Wearing a light blue shirt, dark blue pants and blue Nike sneakers with a yellow logo, the prince scored two out of three penalty kicks against a 13-year-old goalkeeper. He then met the mayor of Tel Aviv and together they hit the beach, where the prince chatted up tanned volleyball players.

The prince wraps up the busy day with a reception held by the British ambassador that will include demonstrations by Israeli tech startups.