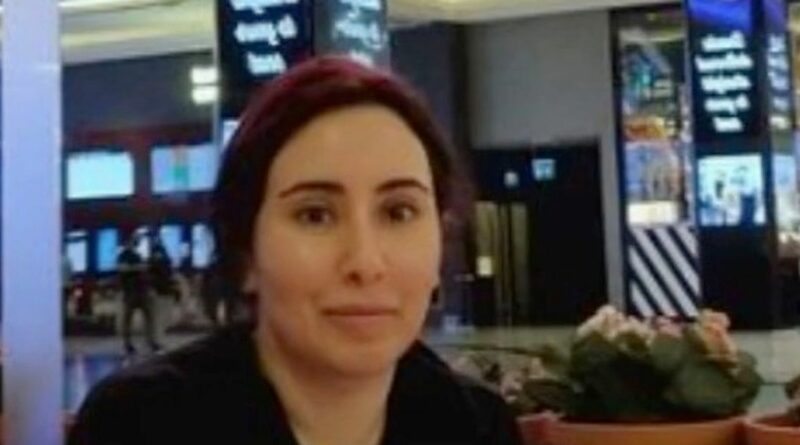 Missing Princess Latifa appears to have been pictured alive with two women in a food court.

A new photograph uploaded to Instagram shows what looks to be the Dubai ruler's daughter, who has allegedly been held captive for years against her will.

The snap shared by social media account "Shinny Bryn", which had fewer than 300 followers on Saturday, is a photo of three women sitting around a table in public.

In the centre looks a lot like a smiling Princess Latifa Al Maktoum.

The photograph posted two days ago appears to have been flipped, based on the mirrored writing appearing on advertising in the background of the image.

It shows face masks lying on the table, suggesting it could have been taken during the coronavirus pandemic period.

However Sky News reports the picture is understood to be thought to be legitimate and is believed to have been taken in the Mall of the Emirates in Dubai.

The woman in the photo, thought to be Latifa, smiles slightly with a coffee cup in front of her as she sits with apparent pals at a table.

The Instagram user wrote in a caption: "Lovely evening at MoE with friends" without naming or tagging Latifa.

David Haigh, co-founder of the Free Latifa campaign and Detained International, told Sky: "We confirm that there have been several potentially significant and positive developments in the campaign.

"We do not intend to comment further at this stage, a further statement will be issued at the appropriate time".

Latifa's disappearance from public life has raised concerns over her welfare after it was claimed her father, Leader Sheikh Mohammed bin Rashid Al Maktoum, was detaining her in solitary confinement.

Pals released secretly ­recorded video messages earlier this year showing Latifa claiming she had been held against her will since 2018.

The 33-year-old princess had been captured as she tried to flee across the Arabian Sea.

It is alleged commandos snatched Latifa and brought her back to her father in Dubai.

Her capture follows the abduction of her sister Princess Shamsa, 39.

In 2000, Shamsa fled from her family's Longcross estate in a Range Rover.

But her escape attempt was foiled when she was grabbed off the streets of Cambridge and flown back to Dubai by private jet.

Boris Johnson's government' has faced pressure to attempt an intervention in Latifa's case.

But the House of Lords was told in February the UK had made no diplomatic inquiries about Latifa's situation.