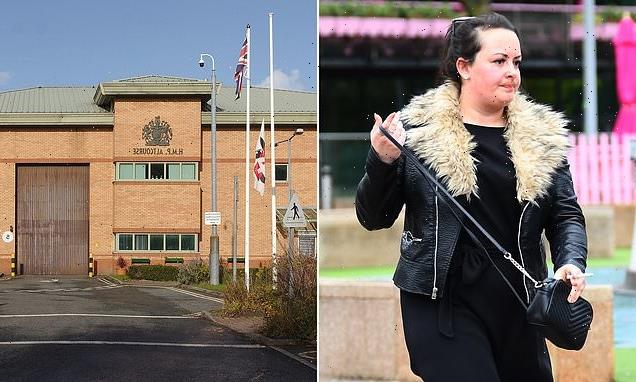 A disgraced prison officer has admitted to having ‘inappropriate relationships’ with two brothers who were serving time behind bars.

Lucy Thornton, 28, ‘wilfully misconducted herself’ with imprisoned brothers Aaron and Haden Whittaker while she worked at HMP Altcourse, Liverpool.

She had formed an ‘inappropriate relationship’ with Aaron between November 2018 and August 2019, and encouraging his use of a mobile phone while in prison.

At the same time, Thornton was also involved with his brother, Haden, for seven months from November 2018.

Thornton, of Orford, Warrington, had been arrested two years ago following a ‘counter corruption’ investigation and was later charged. 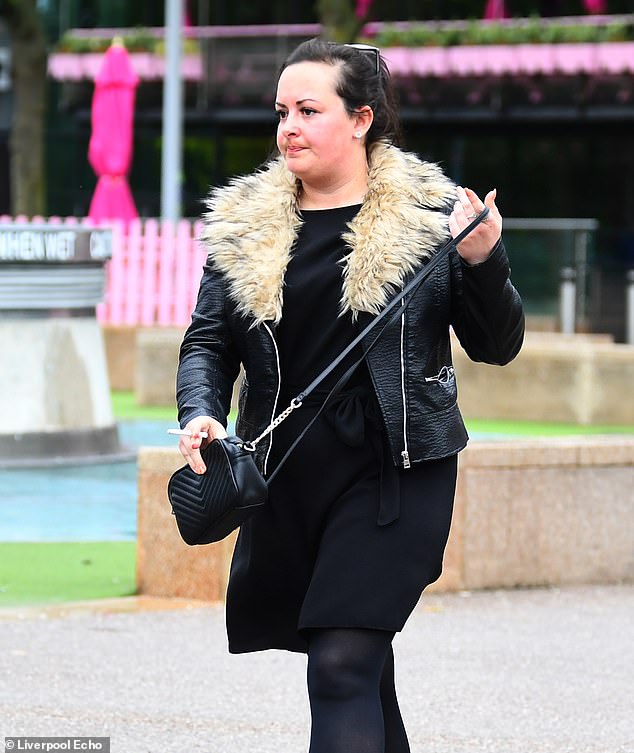 Thornton appeared at Liverpool Crown Court this morning charged with two counts of misconduct in a public office.

Wearing glasses, her long black hair in a ponytail and wearing a black leather jacket, top and skirt in the dock, spoke only to enter her pleas.

She pleaded guilty to two counts of misconduct in public office while working as a prisoner officer at HMP Altcourse in Brookfield Drive, Fazakerley.

Thornton admitted that between November 30, 2018 and August 1, 2019 she ‘wilfully misconducted’ herself in her duty by ‘forming an inappropriate relationship with a prisoner, Aaron Whittaker, and encouraging his use of a mobile phone in prison’.

The disgraced officer admitted doing the same with Aaron’s brother, Haden Whittaker, between November 30, 2018 and June 5, 2019.

Simon Christie, defending, said his client would be setting out her explanation for what happened in writing.

He requested an adjournment for a pre-sentence report, which was granted by Judge Robert Trevor-Jones.

The judge adjourned the case for four weeks for the Probation Service to complete the report and said Thornton would receive ‘appropriate credit’ for her guilty pleas. 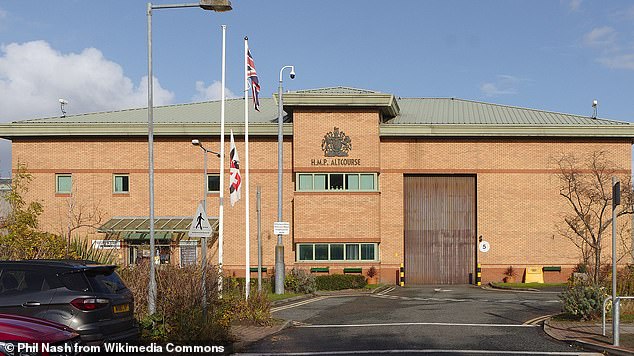 Between November 2018 and August 2019, Thornton ‘wilfully misconducted herself’ with Aaron Whittaker while he served time at HMP Altcourse in Fazakerley (above)

Judge Trevor-Jones said she would be sentenced on June 25 and remanded her on unconditional bail until that date.

Thornton was supported by two women sitting in the public gallery, with whom she later left court.

She was arrested on July 31, 2019 and charged on March 11 this year, following a joint investigation between North West Regional Organised Crime Unit (NWROCU) and the Counter Corruption Unit of Her Majesty’s Prison and Probation Service (HMPPS).