Priti Patel yesterday distanced herself from Cabinet colleague Robert Jenrick in the row over a £1billion homes scheme.

Despite it being a live planning case, Housing Secretary Mr Jenrick watched a promotional video about the scheme on billionaire developer Richard Desmond’s mobile phone during a Tory fundraising dinner.

Asked if she would do the same thing, Home Secretary Miss Patel said she ‘probably would not’. 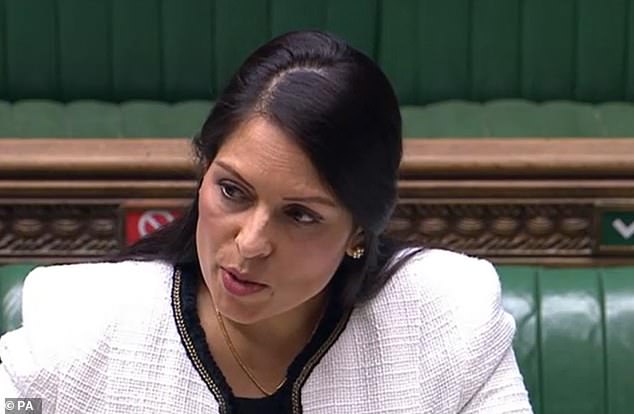 It came as Labour put pressure on the Conservatives to ‘come clean’ over whether Mr Desmond was promised access to Mr Jenrick at the dinner in return for a donation to the party.

The former newspaper tycoon sat next to Mr Jenrick at the dinner at The Savoy hotel in central London last November and urged him to back his plans for the homes scheme in east London.

The Housing Secretary granted planning permission for the scheme on January 14, the day before a community levy came in that would have cost Mr Desmond £45million. 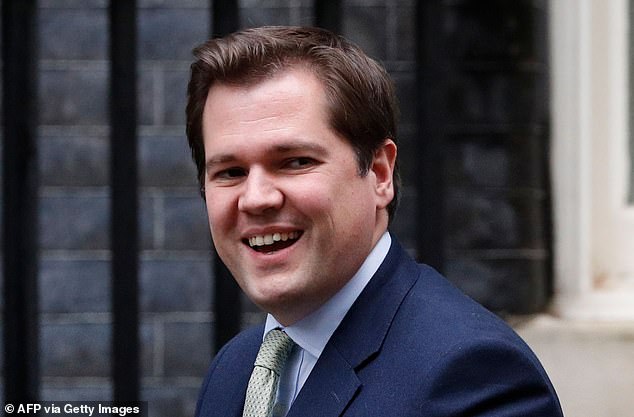 Two weeks later Mr Desmond handed a £12,000 donation to the Tories, which he has said was payment for his table at the event.

Mr Jenrick is facing growing questions over his handling of Mr Desmond’s application to build 1,500 homes on the site of the former Westferry Printworks.

Text messages between Mr Jenrick and Mr Desmond suggested that the minister rushed through approval.

Last month Mr Jenrick accepted that his decision had been ‘unlawful by reason of apparent bias’ and it was quashed.

Last night, in a letter to Tory party co-chairmen Amanda Milling and Ben Elliot, Labour’s housing spokesman, Steve Reed, demanded to know who decided the seating plan for the dinner and whether Mr Desmond had been sold tickets on the basis that he would meet Mr Jenrick.

He urged the party to provide a ‘full and frank’ account of how the dinner was organised so the public can have ‘full confidence in the impartiality of the planning process’.

The Home Secretary yesterday denied that those attending Tory party fundraisers would be able to lobby MPs and councillors in support of their planning applications.

Asked on the BBC’s Andrew Marr Show whether attending a fundraiser would boost the chances of a successful planning application, Miss Patel said: ‘No it will not, it will absolutely not.’

Pushed on whether she would watch a promotional video for a development at such events, Miss Patel said: ‘I have four planning authorities to cover my constituency, so I probably would not be watching videos at all. People of all backgrounds attend fundraisers.’

She added: ‘It has been discussed in Parliament a number of times, questions have been answered on this and the matter is deemed to be closed.’

Mr Jenrick has said he did not know he would be seated next to Mr Desmond in advance of the dinner as the table plan was sent to an email account that his aides did not have access to.

He only became aware of the donation when the Daily Mail published a story about it earlier this month.