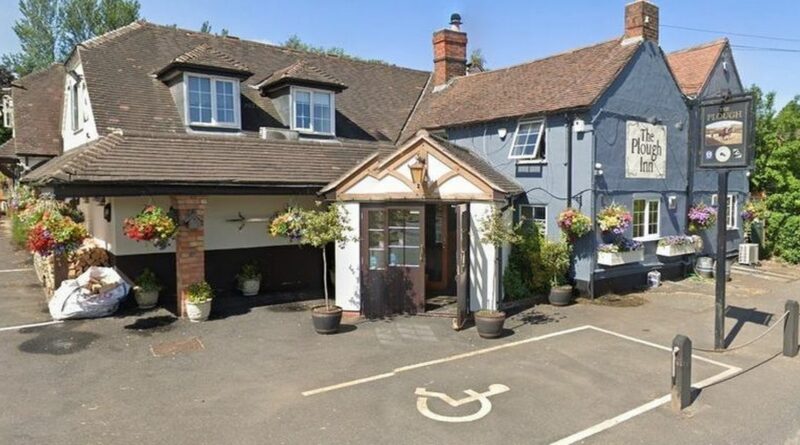 A pub owner has hit back at a disgruntled customer's TripAdvisor review by publishing a devastatingly sarcastic response in return.

The diner, named Judith, had ventured to the The Plough Inn, near Bewdley, in Worcestershire, which has a reputation and rave reviews on the site.

But Judith saw things differently and took to the online forum for grievance to register hers and accused the pub of "legal extortion".

Judith said she had been told when she called to book a table that the full menu would be available on New Year's Day – but when they arrived at The Plough they were told it was not and that only carveries were on offer, leaving two people unable to eat.

She also said the customer service was "non-existent", "useless" and that she would not be visiting again, BirminghamMail reports.

She wrote: "My father over the years has used the plough for many a meal, he found the price had gone up and the plates where smaller. No information was advertised on the website. Customer service was non-existent. Would not recommend this place.

"The price of the carvery with a compulsive pudding which was £23 pound each. This price was the same for children. Personally I heard several complaints about the place whist sipping my extremely overpriced beer.

"My father won’t visit again and has put the word around, so several customers lost. I will never visit again. The service is best part useless and overpriced to almost legal extortion., regardless of being New Year's Day."

However, Judith's gripes were not left unanswered as The Plough's owner, Mark, responded.

He said: "Hi Judith, thank you for your priceless review, maybe if I’d of paid for it, it may of been a little more constructive.

"Obviously your father is an intelligent man, using The Plough over the years, but let’s hope he’s not guided by you in the future.

"There are many of other carverys around, on the whole cheaper but must say, I think they should be called CRAPERYS, that’s why the price reflects.

"Now saying that, our three course deal is now on £10 YES TEN POUNDS mealy legal extortion, what do you think? Mark."

It seems most people agree with Mark as the pub is one of the top-rated in the area and has previously received rave reviews on TripAdvisor for its carveries.

In fact, just two weeks ago one diner thanked staff for "an amazing meal".

They wrote: "Absolutely fantastic! Went for a birthday meal and £10 for three courses and they are not cheap crappy courses they are amazing!!

"I had Stilton mushrooms to start and they was outstanding, carvery for main, brilliant! My dad had the steak and that looked incredible and chocolate fudge cake with custard to end the meal!

"Highly recommended! Cannot wait to visit again! Thank you the Plough for an amazing meal."