A pub has banned any mention of the royal wedding – with a "swear" box installed for anyone who talks about the ceremony.

The Alexandra Hotel in Derby reintroduced the idea after fines raised GBP400 ($A720) during Prince William and Kate Middleton's wedding in 2011. 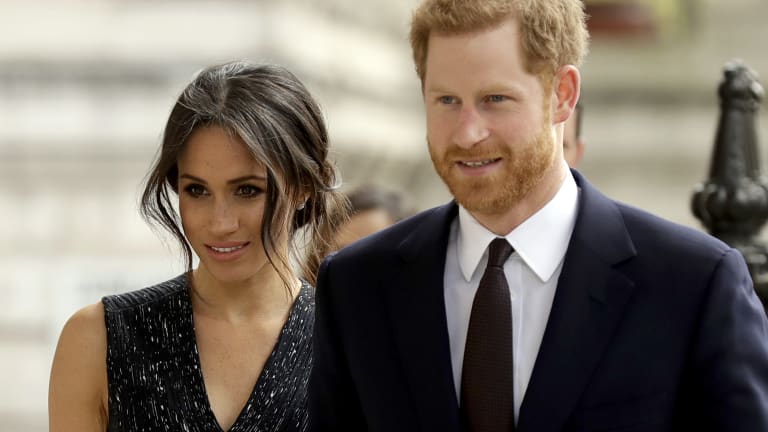 Banned: any talk about the royal wedding between Harry and Meghan

Landlady Anna Dyson-Edge said regulars were "sick of hearing" about Prince Harry and Meghan Markle's wedding so she decided to put posters up around the pub of the couple with a red cross through it.

The posters read: "Royal Wedding Free Zone! Please refrain from discussing the Royal Wedding. We're not interested in it, let's talk about beer or the weather instead – or something more interesting…"

Any pub-goer who mentions the wedding will be required to pay money into the charity box – with all funds going to the Nightingale Cancer Unit at the Royal Derby Hospital.

Anna, who has been landlady of the pub for eight years, said: "We banned any mention of the event when William and Kate got married and we managed to raise GBP400. It isn't the regulars who get caught out, it's mainly people who pop in for the first time.

"(The idea) came from the regulars for William and Kate's wedding and this one is the same – the regulars came in and said they are sick of hearing about it.

"So we have banned it and it's a good way of raising money for charity."

Asked about where the money will go to, Anna said: "The money is going to the Nightingale cancer unit. My granddad passed away there in 2011 so it's a charity close to my heart."

Despite the plan to ban any mention of the wedding, Anna stressed that she was not anti-royal – with the unusual initiative being "any opportunity to raise some money" for the charity.