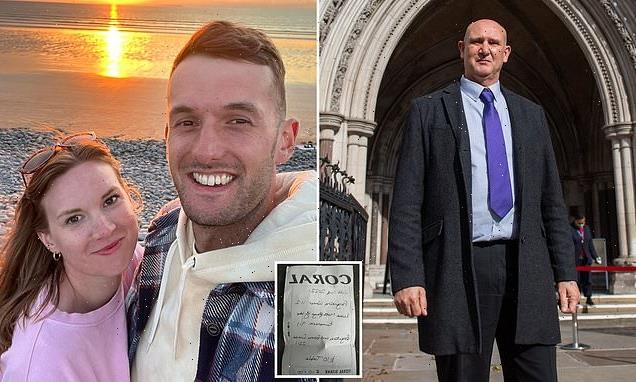 EXCLUSIVE: How to beat the bookies! Punter fighting Coral for £15,000 World Cup winnings is told to take the bookmakers to court – by blackjack player who won payout from Betfred after they refused to pay £1.7m

A football fan fighting for £15,000 from a £10 World Cup bet has been urged to explore legal action – by the Blackjack player who took Betfred to court for £2million.

Liam Manifold, 30, from Tutbury, Staffs, said he had put a 1,495/1 treble on at his local Coral bookies over the Qatar tournament.

But the gambling shop refused to pay out his expected £14,950 winnings and said his three bets could not be combined because they were closely related.

Now Andrew Green, 56, who won a £1.7millon High Court battle with Betfred when it refused to give him his money has suggested he might want to contact his lawyers. 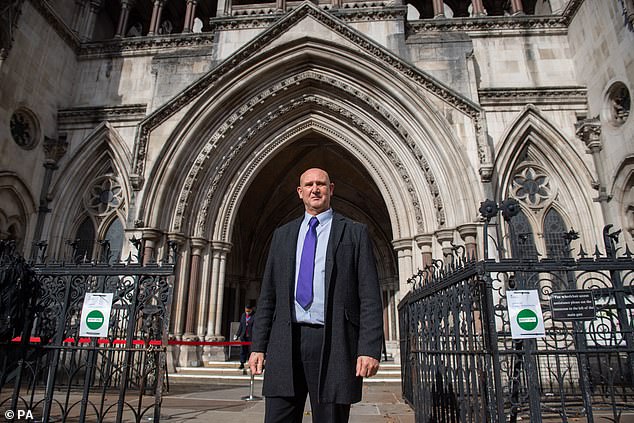 Andrew Green outside the Royal Courts of Justice, where he sued Betfred for £1.7million 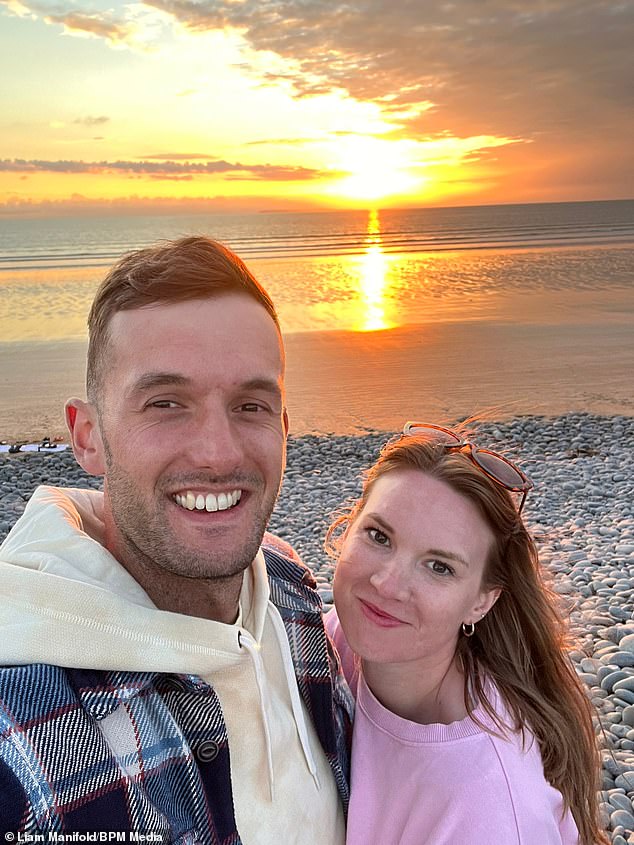 Liam Manifold, 30, from Tutbury, Staffs, said he had put a 1,495/1 treble on at his local Coral bookies over the Qatar tournament. Pictured here with partner Lauren.

But the bookmakers said there had been a software glitch and withheld his payment.

It took Mr Green three years in a legal fight which ended with High Court judge Mrs Justice Foster ruling in April 2021 Betfred had to pay out.

Speaking exclusively to MailOnline from his Lincoln home today, Mr Green said of this latest problem: ‘If he knows he has got a concrete case – he should take them all the way with it. 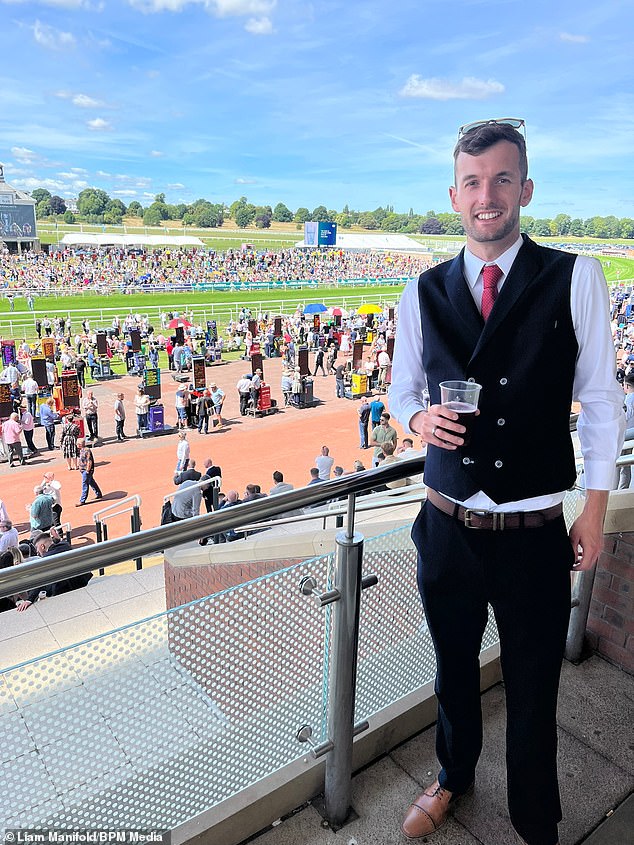 Liam Manifold, 30,  had planned how to spend the cash when Coral said it would not pay out 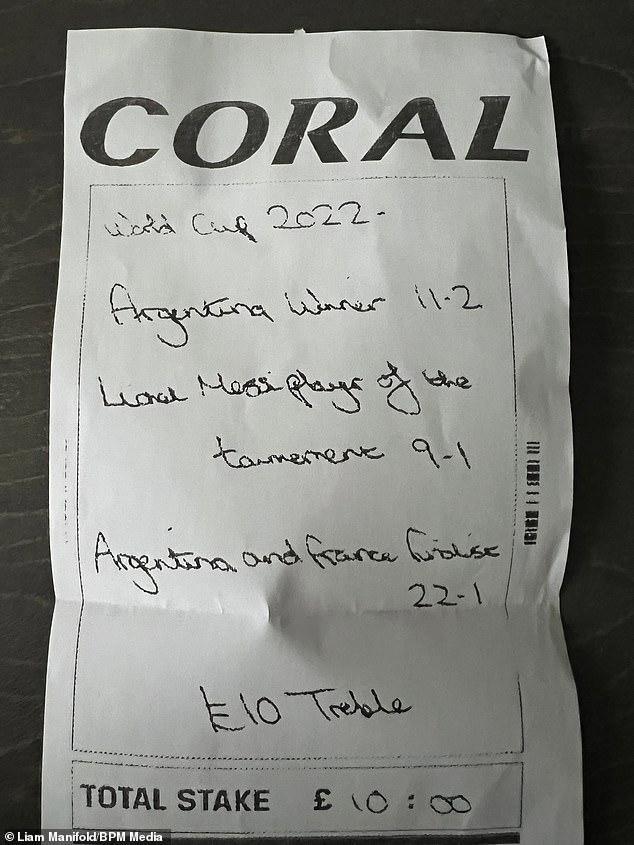 The betting slip which Mr Manifold had expected to fetch him winnings of nearly £15,000

‘What I found the most difficult was finding someone who would take my case on a no-win no-fee basis.

‘I never could have won my case without my lawyers Coyle White Devine.

‘I would urge him to speak to them. These betting places all have heard of my story and heard who my solicitor was.

‘If they have offered him money to settle they may know they are partially to blame.

‘In my case, as soon as they offered me some money, I knew I was in the right and had to carry on. 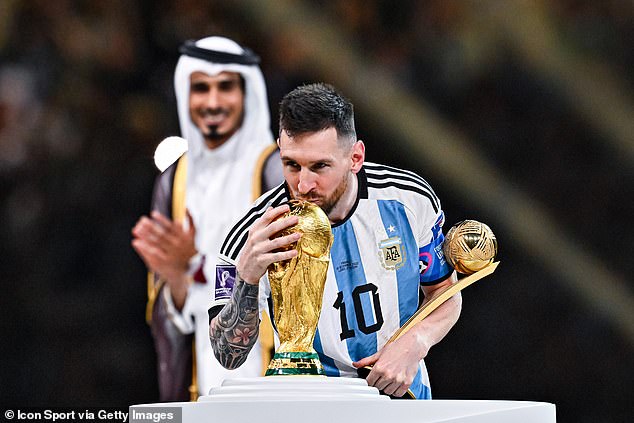 In 2021 a blackjack gambler won a landmark High Court battle against Betfred after the online betting firm refused to pay out his £1.7million jackpot.

Father-of-three Andrew Green spent three years fighting to get his hands on the seven-figure prize he won by accumulating chips while playing Frankie Dettori’s Magic Seven game on his phone in January 2018.

Though he was congratulated by a member of staff from Betfred on his winnings, the betting shop said just five days later it would not pay out the sum, claiming he only won because of an alleged software glitch. 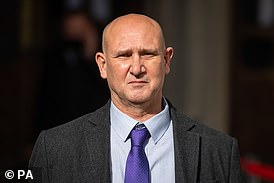 Betfred claimed a malfunction had prevented the game from resetting properly, meaning Mr Green, a single parent from Washingborough, Lincolnshire, would have seen his money grow exponentially had he continued playing.

Instead, the bookmaker allegedly offered Mr Green a £60,000 ‘goodwill gesture’ on condition that he remained quiet – a deal the father-of-three turned down before launching a three-year legal fight to reclaim his winnings.

In 2021, rugby league fans Gary Smeaton and Kris Shenton complained of missing out on more than £20,000 after a ‘human error’ in a bet they placed with William Hill

High Court judge Mrs Justice Foster ruled in April 2021 that Betfred had no grounds for withholding payment from Mr Green. The judgment meant he was awarded the payout plus interest, estimated to be around £2million.

Betfred apologised to Mr Green for the delay in paying out, and said it would not appeal against the judgment.

In 2021, rugby league fans Gary Smeaton and Kris Shenton complained of missing out on more than £20,000 after a ‘human error’ in a bet they placed with William Hill.

The pair were celebrating when Salford Red Devils’ Jackson Hastings was named rugby league’s Steve Prescott MBE Man of Steel after a wager they placed in January.

They thought they were in line to scoop £23,400 after a £100 double bet of Hastings winning the Man of Steel and Salford finishing in Super League’s top five came in.

But bookmaker William Hill refused to pay out, insisting they are separate bets and should never have been allowed – though they admitted it was a human error on their part.

Mr Smeaton  took the bookies to the Independent Betting Adjudication Service (IBAS), which offers an impartial adjudication on disputes between customers. He and his friend were awarded £4,000 each due to the ‘inconvenience’ they had endured.

‘If this man knows he is in the right he should go after it.’

Mr Manifold had expected odds of 1,495/1 after correctly predicting that Argentina would be crowned overall winners of the World Cup in Qatar, Lionel Messi would be named player of the tournament and France would also make the final.

But when the delighted maintenance engineer rushed back to the betting shop in Horninglow the day after the final he left empty-handed.

Coral said the bets could not be combined into a treble because the three events were closely related to each other. It also claimed Mr Manifold wrote the odds on the slip himself.

A spokesman for the bookmakers said the events were ‘closely related to each other so the prices offered on them individually could not be included in a multiple bet’.

It added it had made a ‘very fair and generous offer for the settlement of the bet’ – said by Mr Manifold to have been just £660.

He was planning to buy his disabled dad a new mobility scooter with the money, as well as put some away for the future.

Mr Manifold said the firm should pay up as his treble bet was accepted without any issue.

He said: ‘I went to cash in the bet and they said it shouldn’t have been placed and offered me £660 for it.

‘I’ve gone through their complaints system, there’s no leeway. I’ve gone to an independent complaints committee and I’m waiting to hear back from them.

‘I’ve since had different companies contact me saying if that was their company, they’d pay out.

‘When I placed the bet the guy behind the counter said it was absolutely fine. They’re now saying it’s a related bet.

‘It’s now two weeks after the final and I don’t seem to be getting anywhere. If there’s an error it’s their fault for accepting the bet. It’s very frustrating.

‘Just under £15,000 for a big betting company is pennies for them, but for me it’s a life-changing amount of money.

‘My dad’s disabled so I was going to buy him a new disability scooter and keep the rest in savings.’

A spokesman for Coral said: ‘If Argentina and France have made the final, then the odds of Argentina winning it are clearly much shorter than they were at the outset.

‘If Argentina have then won the World Cup, the chances of Messi being player of the tournament will be long odds-on.

‘So we have settled the bet in the fairest way possible, paying out on the event with the biggest price, an Argentina v France final, at 22/1, and then on the basis that that had happened, we applied the price of Argentina winning the final which was 10/11 before the game.

‘And then on the basis that Argentina had won the cup, we applied an over-generous price on Messi to be player of the tournament at 1/2, as the odds on that happening should Argentina have won the World Cup would have been much shorter.

‘The prices on the slip had been written on by the customer not the member of staff.

‘We have settled the bet in line with our terms and conditions, and we have made a very fair and generous offer for the settlement of the bet that exceeds what would have been the odds of such an eventuality had a customer asked for rush specific treble on December 11.’

Coyle White Devine Solicitors told MailOnline it would be happy to listen to details of Mr Manifold’s case, but said often the cost of legal action could be prohibitive.

Partner David Sheahan said: ‘ Every case is different.  We would be more than happy to speak to him if he wanted to get in touch.’