A rogue snake found its way into a classroom on a hot day in south-east China, causing chaos among the students.

The reptile was caught by a fearless teacher with his bare hands after it slithered into a secondary school in Meizhou city, Guangdong province on Tuesday afternoon.

‘The weather is probably too hot and the classrooms have air-conditioning,’ the teacher was quoted as saying.

‘Maybe it just wanted to find some shade to beat the heat outside.’ 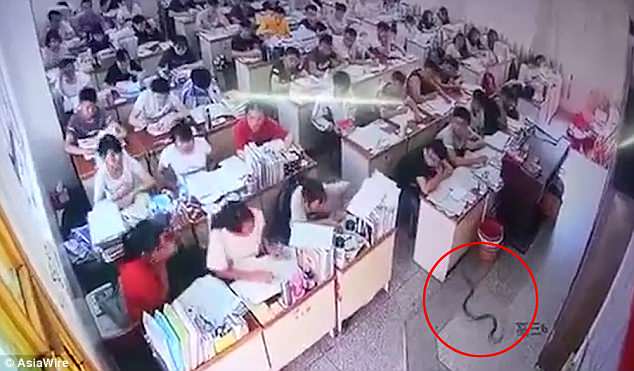 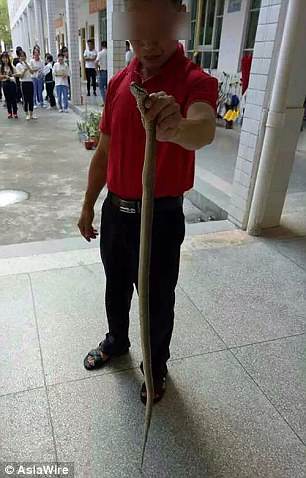 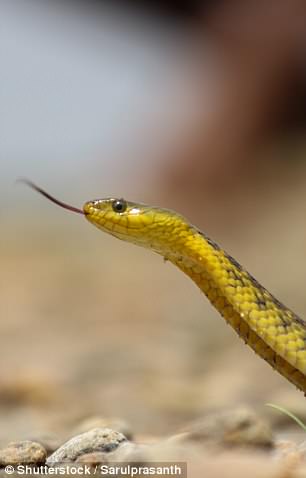 A fearless teacher (left) saves the day by capturing the snake with his bare hands. The nonvenomous snake feeds mainly on small fish and water frogs found in rivers (file photo)

It was about 3.3 feet (one metre) long and identified to be a chequered keelback, a nonvenomous water snake commonly found in Asia, according to KanKan News.

Video footage of the incident shows the snake making its way from the corridors of the school and into the classroom full of unsuspecting students.

The intruder entered the room at the front and approached the teacher’s desk near the blackboard.

Students sitting in the front row first noticed the silent serpent, with them appearing shocked. 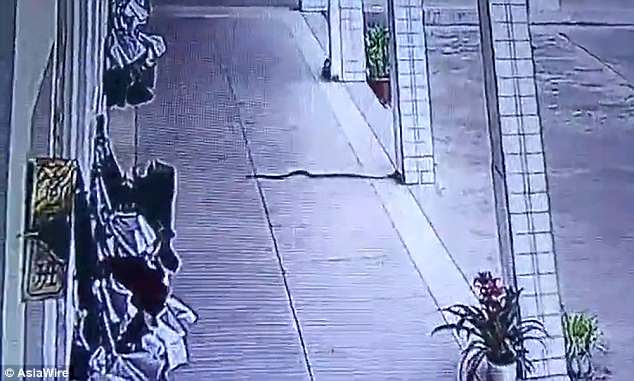 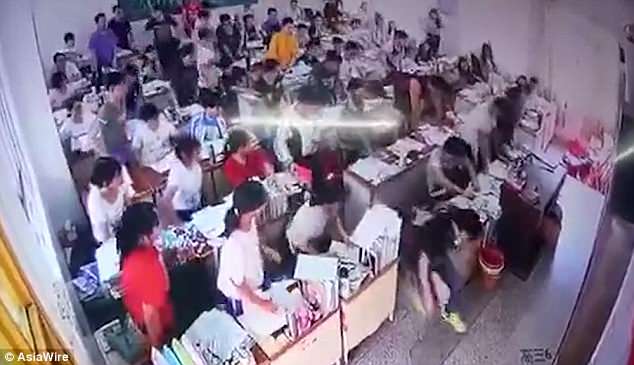 The alarmed pupils stand up from their seats and peer to see where the snake has gone. 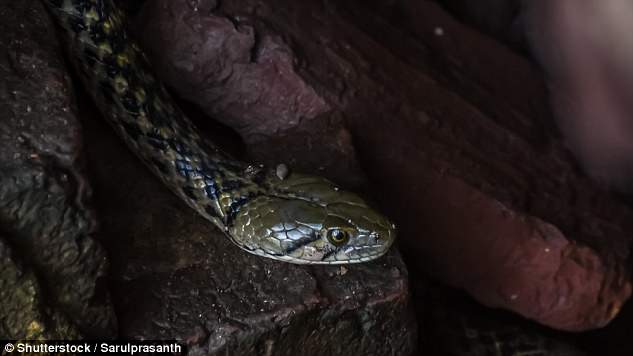 The alarmed pupils were all seen standing up from their seats and peering to see where the snake had gone.

One student even sprung up from his seat and bolted out of the room.

According to the report, the water snake weighs just over a pound and is not venomous.

It is not known what happened to the snake after the incident.

The chequered keelback is widely distributed in Asia and is found near freshwater lakes or rivers, where it feeds mainly on small fish and water frogs.