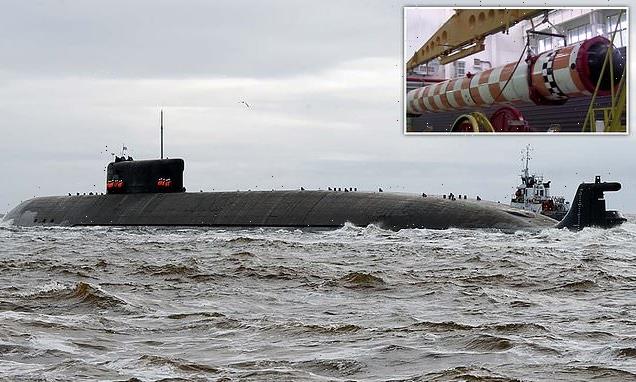 Vladimir Putin may have deployed a huge nuclear submarine carrying its latest doomsday weapon, NATO has warned its members.

The Belgorod has disappeared from its home base in the Arctic Circle and may be on its way to the Kara Sea to test the Poseidon nuke,  a NATO warning note leaked to Italian media over the weekend has suggested.

Poseidon is a drone that is said to be capable of travelling huge distances underwater before detonating with enough force to trigger a 1,600ft nuclear tsunami designed to drown and irradiate coastal cities. 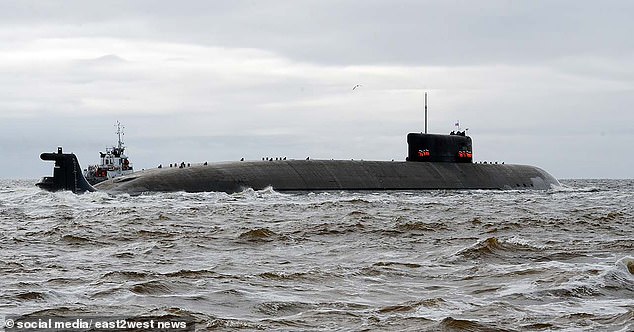 The Belgorod – a 600ft Russian nuclear submarine capable of carrying the Poseidon doomsday weapon – has left its base in the White Sea, a NATO warning note has said 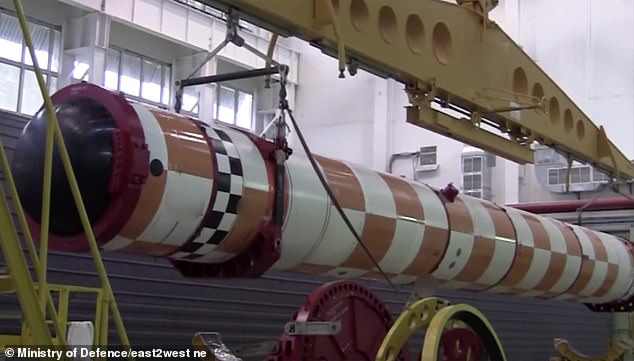 Poseidon is an underwater drone that Russia claims is capable of triggering 1,600ft nuclear tsunamis designed to drown and irradiate coastal cities

If the test does go ahead, it would be Putin’s latest attempt to intimidate the West over his failing war in Ukraine after he was suspected of ordering stealth attacks on the Nord Stream pipes last week.

The Belgorod was put forward as a candidate for the sabotage mission because it also carries mini-subs designed to carry out attacks on undersea infrastructure.

However, doubt was cast on its involvement because – at 600ft long – the submarine is one of the world’s largest and getting into the Baltic undetected would have been extremely difficult.

It is also unclear whether the Belgorod would have had time to get from its home base in the White Sea to the Baltic – a distance of just under 3,000 miles – without its absence being noted.

NATO has since sent a warning to allies that the sub has gone missing, but said it is still thought to be operating in the Arctic.

It is unclear exactly when the warning was sent, but it was first reported by Italian newspaper La Repubblica on Sunday.

The Belgorod submarine has been in operation since July.

Poseidon was one of four next-generation weapons announced by Putin back in 2018, and is thought to be operational.

According to Russian media, it is capable of travelling for up to 6,000 miles underwater before exploding a nuclear warhead in its nose with a force of two megatons – more than 130 times times the size of the bomb dropped on Hiroshima.

That would create an irradiated tsunami up to 1,600ft high designed to drown coastal cities and leave them a nuclear waste-ground, state media claims.

The warhead has never been tested due to international prohibitions on the testing of nuclear weapons.

Breaking with those treaties by testing Poseidon – even in the remote waters of the Arctic – would be a hugely provocative move by Russia.

News of a potential test comes comes amid Russian sabre-rattling over the use of nuclear weapons linked to the Ukraine war, where Putin has been stymied by Western arms supplies.

The Belgorod can go up to 120 days without having to return to the surface.

TASS has previously reported that the Poseidon drone has an unlimited range and a maximum speed of more than 125 mph.

‘Unique characteristics of the Poseidon system will help the Navy to successfully combat aircraft carriers and strike groups of a potential adversary in any oceanic theatre of war and destroy shore infrastructure facilities,’ stated chief analyst of the General Staff, Admiral Igor Katasonov. 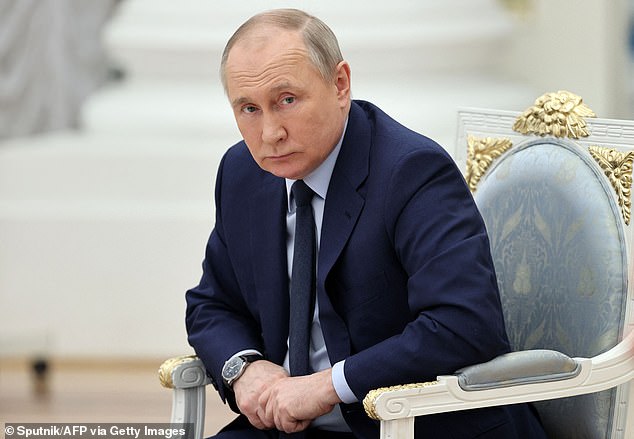 Vladimir Putin has threatened the West with nuclear weapons over Ukraine, after annexing four partially-occupied regions to Russia last week

‘It is a completely new type of weapon that will force Western navies to change their planning and develop new countermeasures,’ said expert H I Sutton, as reported by La Reppubblica.

But he told viewers in May: ‘Another option to plunge Britain into the depths of the sea is the Russian underwater robotic drone Poseidon.

‘It approaches the target at a one kilometre depth with the speed of 200 kilometres per hour [125mph].

‘There is NO way to stop this underwater drone.

‘It has a warhead with a capacity of up to 100 megatons.

‘The explosion of this thermonuclear torpedo close to Britain’s shores will raise a giant wave, a tsunami, up to 500 metres [1,640ft] high.

‘This tidal wave is also a carrier of extremely high doses of radiation.

‘Surging over Britain, it will turn what is probably left of them into radioactive desert.

‘Permanently unusable for anything.

‘How do you like this prospect? And Putin warned about this, back on February 24 [if anyone interfered with his special military operation].’

Putin accused the West of sabotaging the Russian-made Nord Stream pipelines, but Western sources insist Moscow was behind the stunt which led to huge gas leaks in the Baltic.