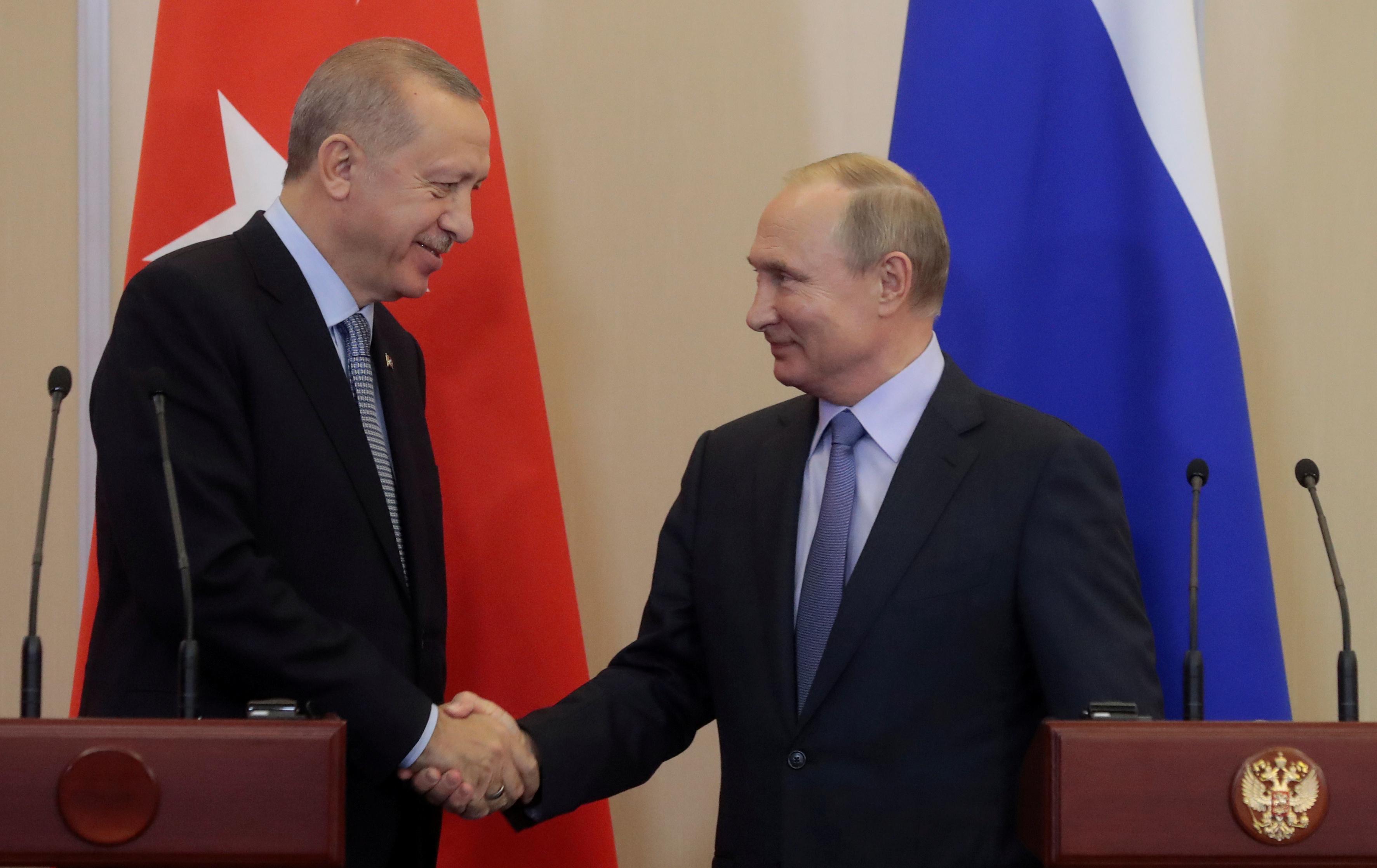 MOSCOW (Reuters) – Russian President Vladimir Putin and Turkish President Tayyip Erdogan agreed during a phone call on Friday on the need for new measures to be put in place to ease tensions and normalize the situation in northwest Syria, the Kremlin said.

In a readout of the phone call, the Kremlin said Putin and Erdogan agreed to organize a top-level meeting to address the situation in Syria’s Idlib province that the presidents said was a matter of “serious concern”.

The call followed the killing of 33 Turkish soldiers in a strike by Syrian government forces in Syria’s northwestern Idlib region on Thursday.