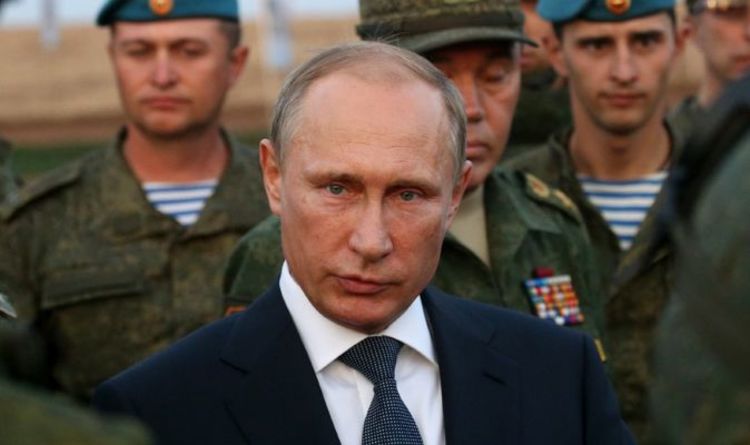 The Foreign Office named former Ukrainian MP Yevhen Murayev as a potential Kremlin candidate to take over the reins in Kiev. Foreign Secretary Liz Truss said it demonstrated the “extent of Russian activity designed to subvert Ukraine”. She called on Russia to “de-escalate” its “campaigns of aggression and disinformation”.

The Foreign Office also named four other Ukrainian politicians who, it claimed, have maintained links with Russian intelligence services.

It said that some of the politicians had been in contact with intelligence officer’s working on Russia’s plan for the invasion of Ukraine.

Mr Murayev has previously supported Russia’s annexation of Crimea from Ukraine in 2014.

The Ukrainian politician and media owner lost his seat in parliament in 2019 after his party failed to secure enough votes.

Mykola Azarov is another Ukrainian politician suspected to have links with Russian intelligence.

He served as Prime Minister in Ukraine under the pro-Moscow president Viktor Yanukovych who was toppled in a popular uprising in 2014.

Following his removal, the former Prime Minister fled to Russia where he reportedly established what was widely perceived as a puppet government-in-exile.

He has previously been on the receiving end of international sanctions and an Interpol “red notice”, which was issued at the Ukrainian government’s request.

The former deputy head of the Ukrainian National Security and Defence Council, Vladimir Sivkovich, also features on the list.

Earlier this week, he was slapped with US sanctions for allegedly cooperating with Russian intelligence.

The final two names on the list are Serhiy Arbuzov and Andriy Kluyev – who both served as Deputy Prime Minister under Mr Yanukovych before his removal in 2014.

Speaking about the threat from Moscow, Ms Truss said: “The information being released today shines a light on the extent of Russian activity designed to subvert Ukraine, and is an insight into Kremlin thinking.

“Russia must de-escalate, end its campaigns of aggression and disinformation, and pursue a path of diplomacy.

“As the UK and our partners have said repeatedly, any Russian military incursion into Ukraine would be a massive strategic mistake with severe costs.”

This comes as Russia has amassed more than 100,000 troops on the border with Ukraine.

Earlier today, it was reported by Bild that the German Federal Foreign Office is working on plans to evacuate its embassy employees in Ukraine should the country’s situation worsen.

The US is one step ahead of Germany, with non-essential staff at its embassy begging evacuations “as early as next week”, according to a US Government source cited in CNN.

While Moscow has insisted it is just carrying out military exercises, fears of an invasion have been growing since late last year when satellite imagery showed Russia sending more equipment and military personnel to the border.

Speaking on Wednesday, US President Joe Biden said: “Russia will be held accountable if it invades – and it depends on what it does … It is going to be a disaster for Russia if they further invade Ukraine.”

But the following day, Kremlin spokesperson Dmitry Peskov said the comments “in no way contribute to defusing the tension that has now arisen in Europe”.

He added: “Moreover, [they] can contribute to the destabilisation of the situation.”