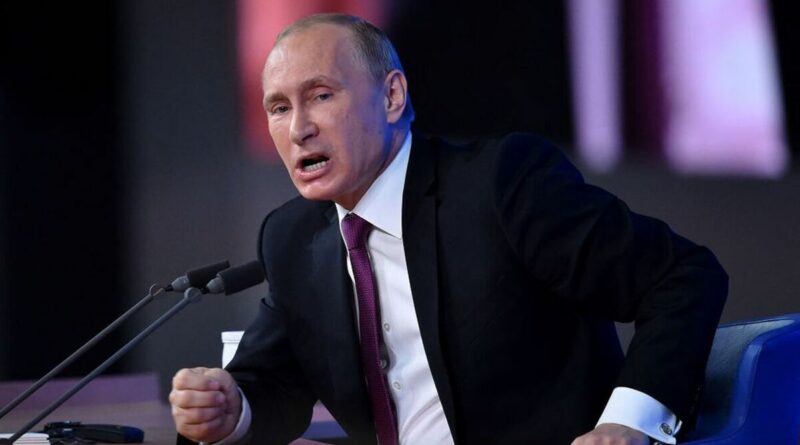 Russian officials have been promising salaries to troops more than twice the average civilian salary, according to the Institute for the Study of War. The report argues that these high salaries will put Russia under financial strain and may cost between 900 billion rubles and three trillion rubles in the next six months.

According to the authors of the report, these very high salaries are the way that Moscow is able to attract troops to fight in the conflict but could also put the Russian economy under decades of strain.

They said: “One expert predicted that payouts to mobilized men including social benefits may cost the Kremlin between 900 billion rubles and three trillion rubles (around $14.6-$32.4billion) in the next six months.

“The number does not account for payouts to other categories of servicemen within the Russian forces such as BARS (Combat Army Reserve), volunteer battalions, and the long-term commitment to veterans’ payments to contract servicemen, volunteers, non-military specialists who moved to occupied territories, and proxy fighters.

“The Kremlin is continuing to rely heavily on financially incentivizing Russians to fight in Ukraine, which will likely continue to strain the Russian economy for decades.

“Russian officials have been promising salaries to volunteers and mobilized men that are more than twice the average Russian civilian salary before and during Russia’s full-scale invasion of Ukraine.”

The report goes on to argue that, although the Kremlin is increasingly relying on taxpayers to pick up the bill for the salaries, it may need to dip into the federal reserve.

They said: “The Kremlin has been attempting to deflect part of the cost of the force generation effort onto Russian federal subjects but will likely need to tap into the federal budget more heavily soon.

“United Russia Party Secretary Andrey Turchak, for example, stated that Russian servicemen from all regions must receive uniform benefits and noted that the federal government must cover the difference if the federal subject is unable to fully compensate all participants of the “special military operation.

“Donetsk People’s Republic (DNR) Head Denis Pushilin even acknowledged that there are insufficient measures in place to support mobilized personnel and their families in occupied Donetsk Oblast during a United Russia meeting.”

The Institute for the Study of War also go on to argue that the high salaries have also started to increase social tensions in the country.

“Other footage from the Chuvashia Republic shows a presumably Russian local official yelling at protesting mobilized men that she had not promised them a payment of 300,000 rubles (about $4,860).

“Families of mobilized men publicly complained to Voronezh Oblast Governor Alexander Guseyev that they have not received promised compensation of 120,000 rubles (about $1,945).

“The Kremlin will need to continue to pay what it has promised to maintain societal control and some resemblance of morale among Russia’s ad hoc collection of forces.

“ISW has also reported that the Kremlin is igniting conflict within Russian military formations amalgamated from different sources by offering different payments, benefits, and treatment.