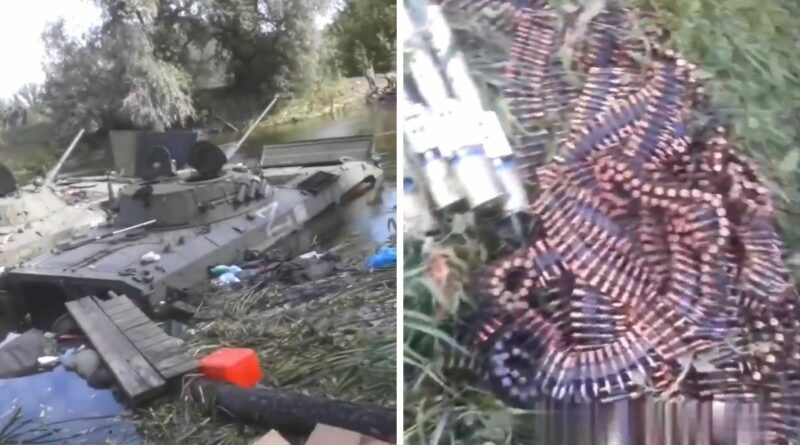 Moscow has been humiliated after an atmosphere of panic broke out among Russian troops in the Kharkiv region. The Kremlin’s forces are understood to have fled across a river as Ukraine’s counter-offensive operation advanced on Kharkiv. New video footage from Ukraine has revealed the retreating Russian troops abandoned at least three military vehicles in the water, with additional artillery supplies dumped along the banks of the river.

A video, believed to be recorded by Ukrainian soldiers who had moved in on the invader’s bases around Kharkiv, has exposed the aftermath of Russia’s frantic withdrawal.

In the recording, three Russian BMPs, a model of infantry fighting vehicle, are shown submerged in the water, one leaning awkwardly against the edge of the opposite bank.

The banks of the river are littered with other military supplies, including belts of ammunition and what appears to be a collection of rockets. 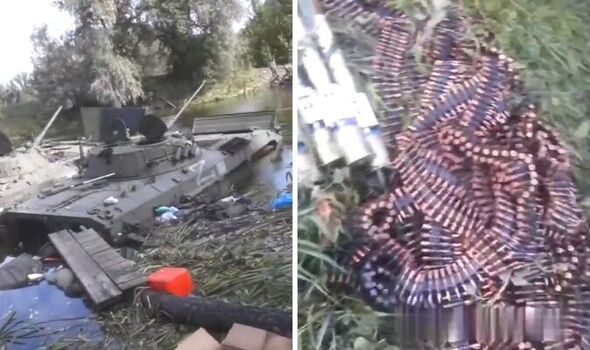 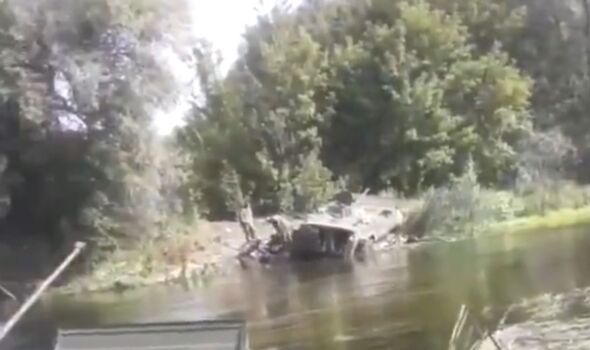 The news of the panicked Russian retreat in Kharkiv comes as President Zelensky’s forces have advanced a series of counter-offensives across Ukraine.

Intelligence reports confirmed Ukraine had begun campaigns to advance on Russian settlements in the Kharkiv, Kherson, and the Donbas regions.

The string of coordinated missions has strained the Kremlin’s military organisation as Russian forces are under pressure from advancing Ukrainian troops in the north, east, and south.

The concurrent threats to Russian-occupied areas spread across 500km and are set to test the Kremlin’s ability to coordinate military forces as leaders must urgently decide where to reallocate soldiers. 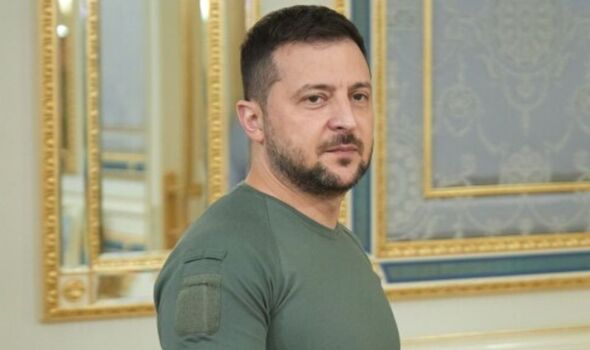 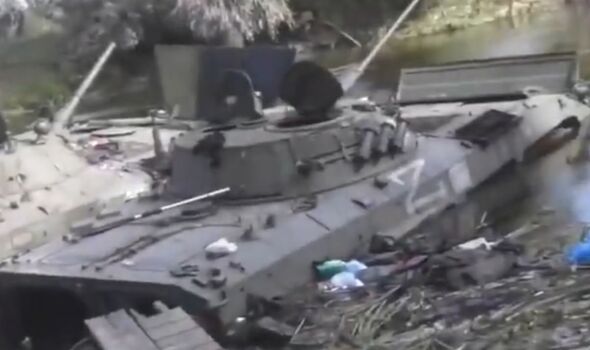 Speaking on Thursday, the Ukrainian leader said: “In total, more than a thousand square kilometres of our territory have been liberated since the beginning of September.”

He added: “I am grateful to everyone who made it happen, I am grateful to the army, intelligence officers, and special services for every Ukraine’s flag that has been hoisted in these days.”

President Zelensky has declined to name the regions that have been returned to Ukrainian control, although he has detailed “good news” from the operation in Kharkiv, suggesting there have been particular advancements in this area. 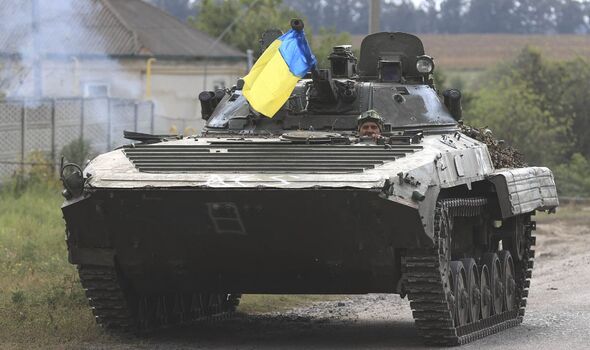 The decision of Putin’s forces to abandon equipment as they fled Kharkiv comes as the Russian army is said to be suffering from a munitions crisis.

Moscow’s army is confirmed to have lost over 1,000 infantry fighting vehicles since the conflict began, although the actual number is expected to be far higher as reports continue to emerge.

The UK Ministry of Defence has confirmed: “Russia is suffering from shortages of munitions, vehicles, and personnel.”

By comparison, Ukraine continues to be bolstered by international military aid, most recently the pledge of additional supplies from America after US Secretary of State Antony Blinken visited Kyiv.

Read next:
Russia tipped for peace talks as fight to become ‘much harder’
Biden pulls rug from under Xi and Putin with TWO masterplans
Ex-Defence Secretary calls on Nato members to step up spending
Russia on brink of strategy switch as ‘awful’ crisis rocks Moscow
Putin scrambles to win over Xi support as China pulls back