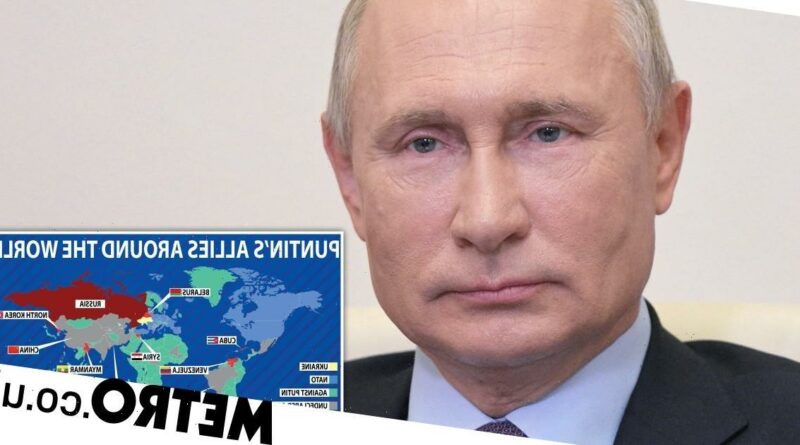 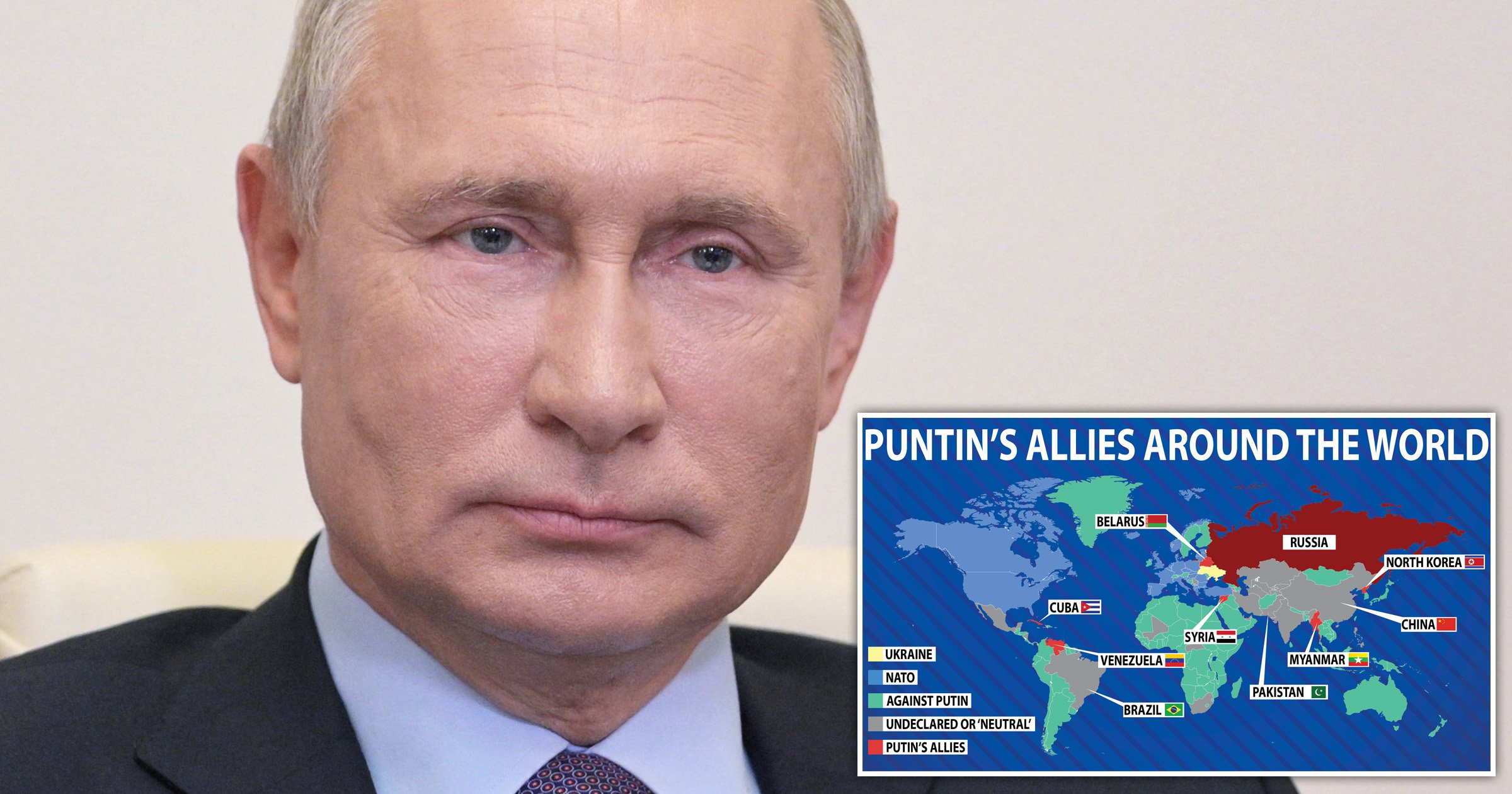 Russian President Vladimir Putin is facing international isolation after launching his brutal attack on Ukraine, costing the lives of thousands of civilians and soldiers.

NATO members and the European Union have been providing weapons, military hardware and humanitarian relief to Ukraine, while sanctioning Russia – but a handful of countries have backed Putin.

Earlier today, the United Nations General Assembly voted to condemn the attack with an unprecedented majority of 141 out of 193 member states, with five countries voting against.

The resolution demands that Russia ‘immediately, completely and unconditionally withdraw all of its military forces from the territory of Ukraine within its internationally recognized borders.’

Some world leaders, however, refused even though the UK and 37 allied nations ‘referred atrocities in Ukraine’ to the International Criminal Court, and Boris Johnson accused the Russian president of war crimes.

The five that voted against were Belarus, North Korea, Eritrea, Russia and Syria, while 35 abstained.

Some, like Belarus, have gone even further and pledged support for Mr Putin’s war, claiming it is the West who provoked him.

Following the UN vote, assembly president Abdulla Shahid struggled to read the results of the vote as ambassadors stood up and applauded as soon as he began speaking.

Later, he told reporters: ‘I join member states in expressing concern about “reports of attacks on civilian facilities such as residences, schools and hospitals, and of civilian casualties, including women, older persons, persons with disabilities, and children”.’

UN secretary-general António Guterres also stressed the need to act quickly as the situation in Ukraine threatens to get much worse, adding ‘the ticking clock is a time bomb’.

For the first time the UK explicitly accused Mr Putin of war crimes, with Downing Street claiming ‘horrific acts’ were occurring on an almost hourly basis with civilians being deliberately targeted.