Putin’s storm in a D cup: Russian leader is mocked after fluffy microphones make it look like he’s wearing a BRA at World Cup opening ceremony

Russian president Vladimir Putin was mocked on Twitter after an optical illusion made it look like he was wearing a fluffy bra at the opening ceremony of the World Cup.

Putin addressed the crowd to warmly welcome fans and teams from around the world before the opening match of the tournament kicked off at the Luzhniki Stadium in Moscow.

The host country facing Saudi Arabia in the Group A match on Thursday.

But his appearance led to viewers flocking to social media to joke that the awkward placement of the fluffy microphones made it seem like he was sporting a bra over his suit. 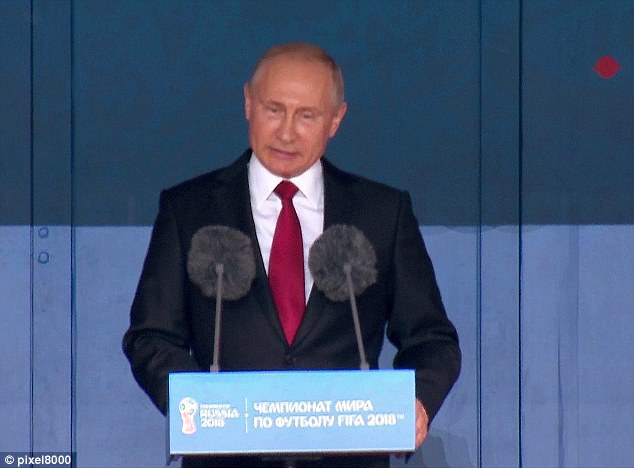 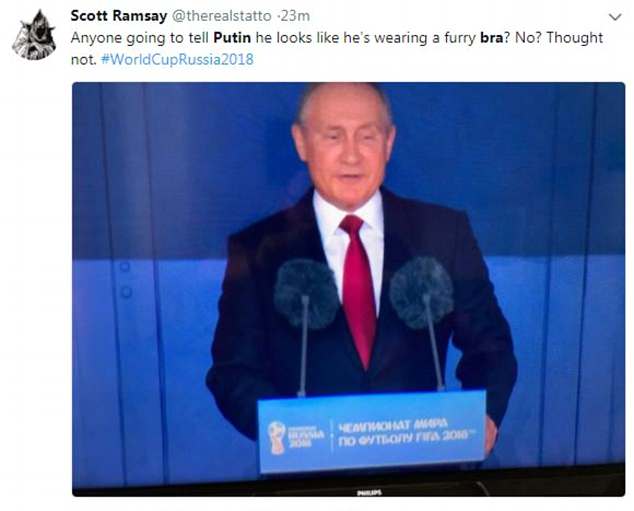 ‘Anyone going to tell Putin he looks like he’s wearing a furry bra? No? Thought not,’ one Twitter user wrote.

Another joked: ‘Brave of Putin to wear his furry bra with the tassels but I think he’s pulled it off!!!!’

And another person remarked: ‘Putin looks like he’s got a big fluffy pair of knockers.’

Before the match kicked off, the Russian president and his FIFA counterpart Gianni Infantino told the crowd that he hoped fans and teams enjoy their stay in Russia for the tournament.

‘Football is truly loved here and it is called love at first sight, since our first official match here in 1897,’ Putin said. 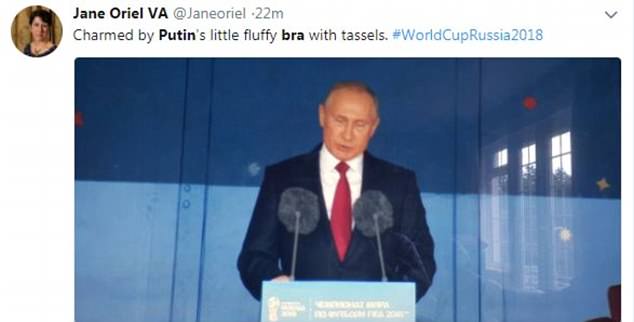 ‘I hope fans and teams enjoy their stay in Russia, an open, hospitable and friendly country with people who have the shared values.

‘Football brings us altogether in one team, we are united by this spectacular game.’

The World Cup got under way after British pop singer Robbie Williams took centre stage at the opening ceremony.

The former Take That member performed four of his hits – although his controversial single ‘Party Like a Russian’ was not part of the set-list. 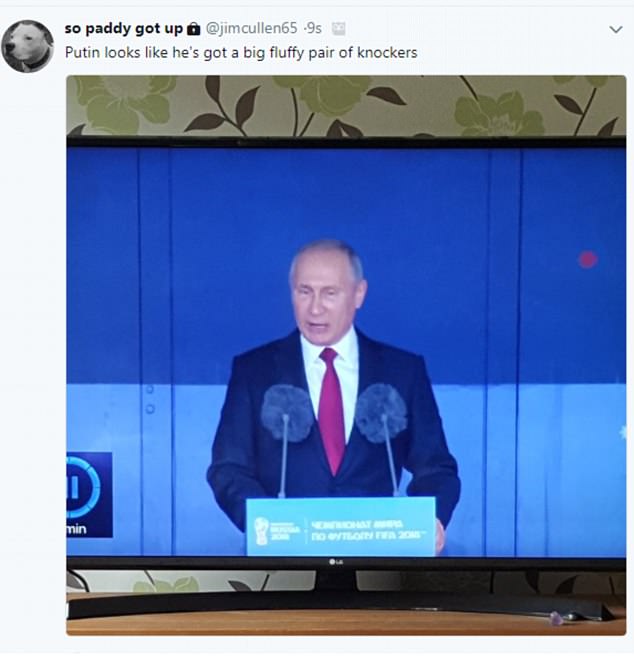 ‘Putin looks like he’s got a big fluffy pair of knockers,’ one viewer joked on social media 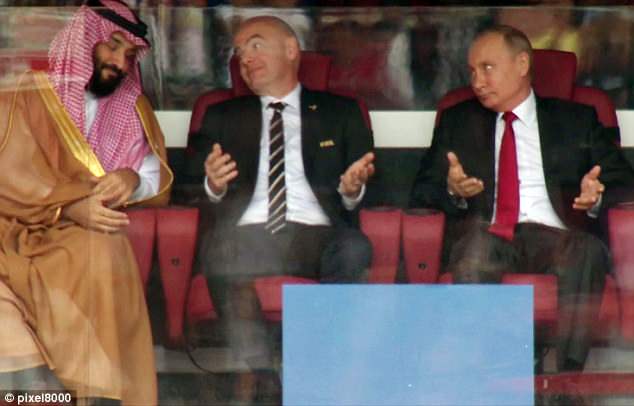 And before Russia prepared to meet Saudi Arabia, Putin told the kingdom’s crown prince that he must cheer for the home team.

‘You know that we have very warm feelings for you, but I think you will understand that I cannot wish success to your team,’ Putin told Crown Prince Mohammad bin Salman Al Saud on Thursday.

The Saudi took the comment in stride, saying: ‘No matter the outcome of today’s match, we will still be satisfied because we achieve success in different spheres due to our joint work.’