RUSSIAN president Vladimir Putin has reportedly been nominated for the Nobel Peace Prize.

The news comes despite a series belligerent excursions abroad by the Kremlin in recent years, including the annexation of Crimea and a nerve agent attack carried out on the streets of Salisbury. 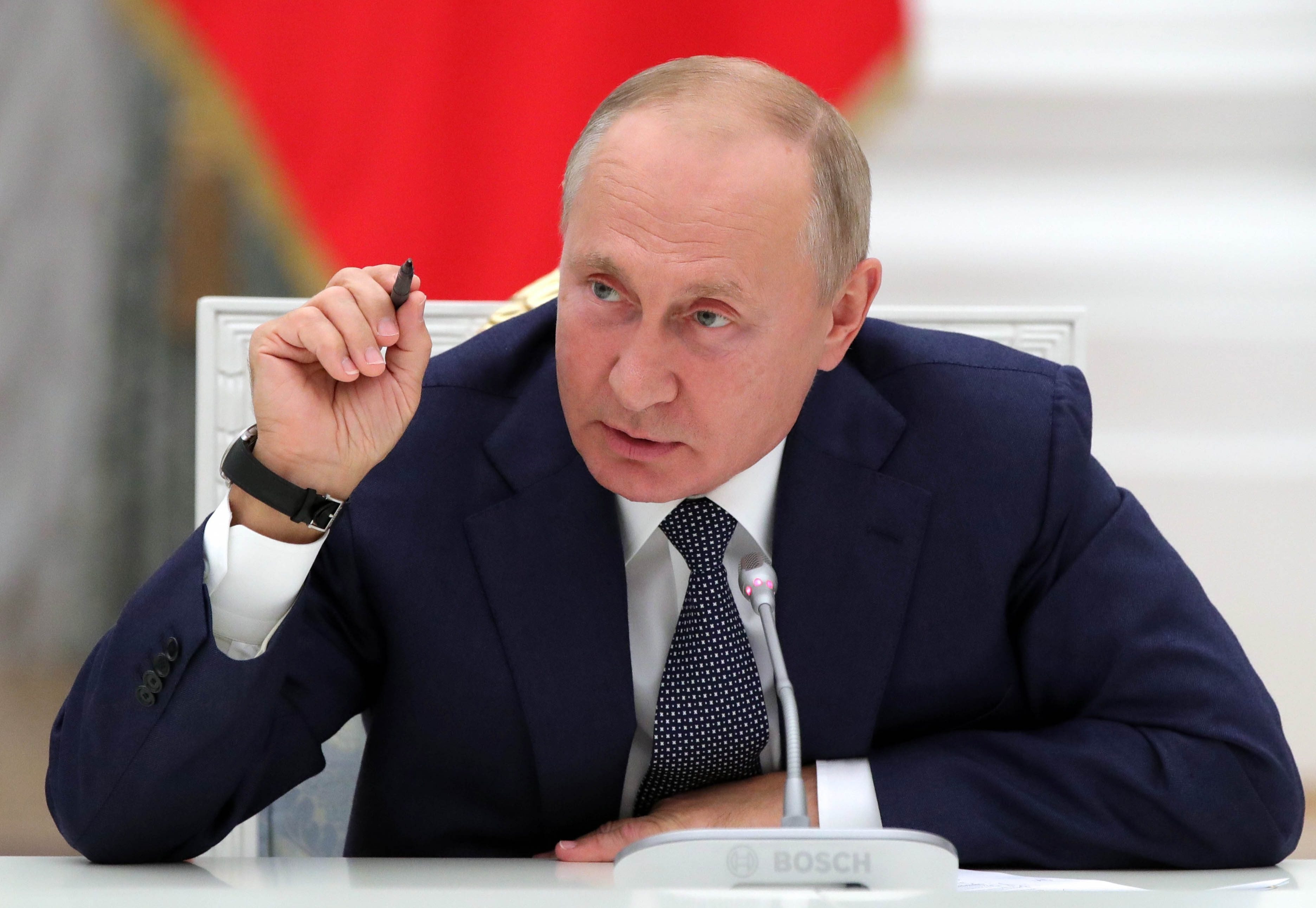 State-owned news agency TASS reported that the nomination was submitted on September 10.

Speaking to reporters, a presidential spokesperson said the nomination had not been made by the Russian government but by a group of writers, led by an author named Sergey Komkov.

"You all know that completely different people are nominated for this award," the spokesperson said.

"This is an initiative of those submitting the nomination, in this case, the aforementioned writer.

"If this decision is made [to give Putin the award], great. If not, it’s no problem as well."

The arguments in favour of granting the award to Putin laid out in the submission are not yet known.

Putin has faced international condemnation in recent years over his government's role in a number of incidents.

In 2014, the Russian military invaded, occupied, and annexed Crimea, formally part of Ukraine, and began administering the region as if it were part of Russia.

The move saw Russia expelled from the G8, and in the years since only a handful of countries globally have recognised Crimea as part of Russia.

Putin's government is also widely believed to have been responsible for a nerve agent attack carried out on the streets of Salisbury, England in 2018.

The incident saw Novichok, one of seven chemical weapons developed under a Soviet-era research program, used on Sergei Skripal, a former Russian officer and double agent for British intelligence.

Both Skripal and his daughter Yulia were hospitalised in the attack.

Last month also saw opposition leader Alexey Navalny left in a serious condition after being poisoned with Novichok while on a domestic flight in Russia.

Navalny is one of Putin's most prominent critics in Russia, and the attack is widely believed to have been politically motivated.

Last week Navalny himself was reportedly nominated for the Nobel Peace Prize by a group of Russian university professors.

Putin was also nominated for the award in 2013.

The submission said he deserved the prize for his “participation in resolving the Syrian conflict and trying to stop the US military invasion of Syria”.

The country later staged a military intervention to keep Assad in power and enable him to maintain a war against various opposition groups now in its tenth year.

A UN investigation published in March this year found that Russia had participated in the indiscriminate bombing of civilians in Syria and accused Russia of direct involvement in war crimes.

This month also saw President Trump nominated for the Peace Prize by a member of the Norwegian parliament for his administration's role in brokering a peace agreement between Israel and the UAE.