Russian President Vladimir Putin warned that the world could be heading for an unprecedented economic as a result of Donald Trump’s trade policies.

Without directly naming the US President, who has slapped on tariffs and pulled out of trade deals, Putin lamented that a new era of protectionism was emerging and ‘breaking’ the free trade system responsible for global prosperity. 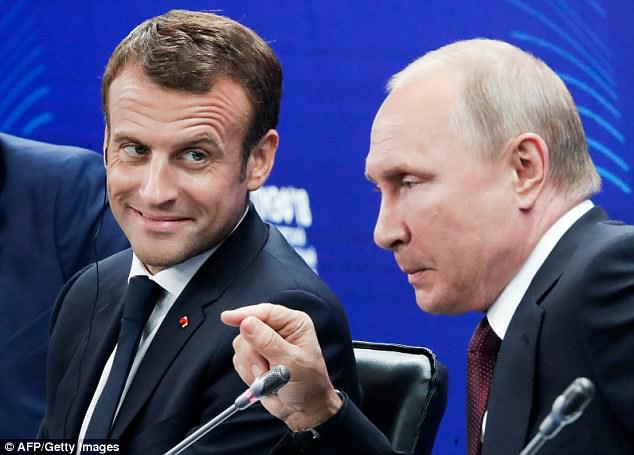 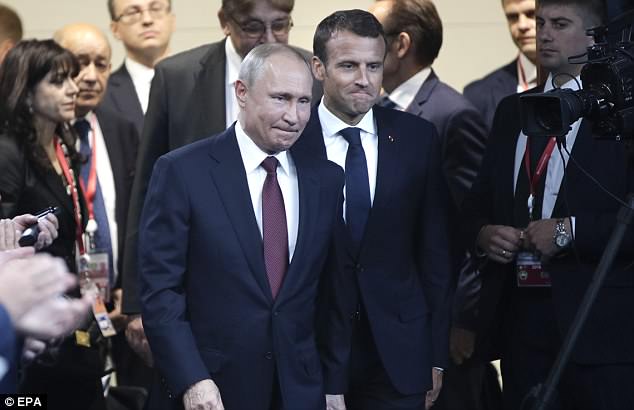 Global trade rules ‘should be clear and the same for all’, Putin said.

But ‘breaking the rules is becoming the rule,’ Putin said in an apparent jab at Trump, who has abandoned a Pacific free trade deal and forced a renegotiation of the US pact with Canada and Mexico.

The Kremlin leader said that a combination of sanctions, trade barriers and a lack of trust was hugely dangerous.

‘A spiral of sanctions and barriers is just beginning and is affecting a growing number of countries and companies,’ said Putin.

The trade barriers and the mistrust they generate ‘could lead to a systemic crisis the likes of which the world has not seen before,’ he said. 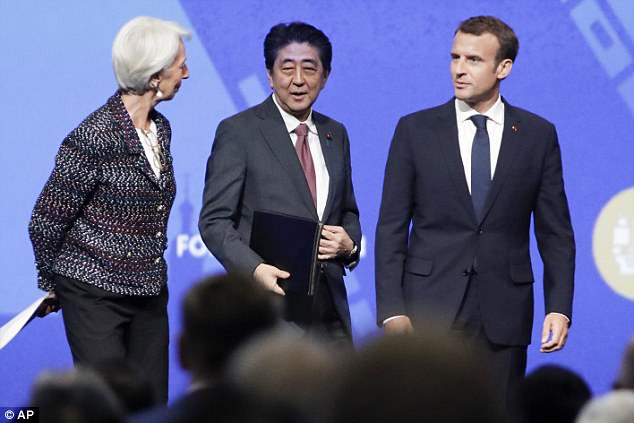 President Macron on said he hoped Donald Trump would return to Iran nuclear negotiations but that for now French companies would have to decide for themselves how to react to renewed U.S. sanctions against Tehran.

The French leader said he had a duty to keep working with the U.S. president, describing his relationship with Trump as strong even if there are also ‘issues on which we have differences’.

Meanwhile the Japanese Prime Minister said he hoped that the United States would change its mind on pulling out from the Trans-Pacific Partnership (TPP) trade pact.

Putin also said Russia was ready for dialogue with the United States, but that a proposed summit with U.S. President Donald Trump was not working out for now and was beset by problems.