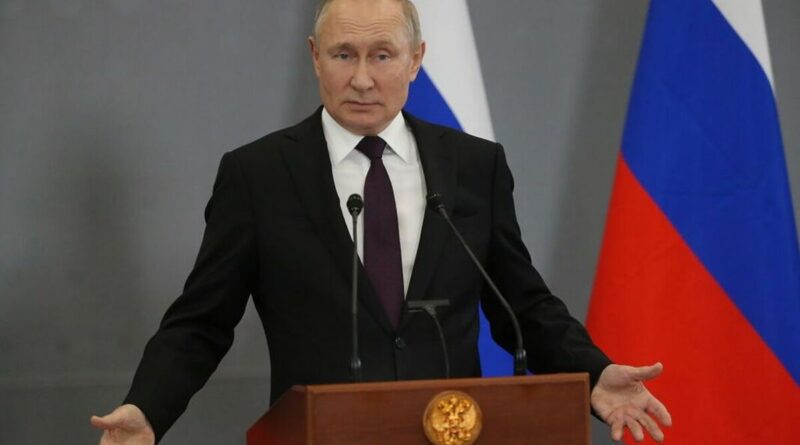 Ukrainian Defence Minister Oleksii Reznikov has argued that Russia is trying to”blackmail” the world into negotiations by raising the possibility of a dirty bomb a device that includes a mixture of radioactive and explosive material. Speaking to reporters in Kyiv, Mr Reznikov claimed that Moscow was trying o distract from the failure of the Russian partial mobilisation and prevent western nations sending more weapons to Ukraine.

Mr Reznikov argued that Russia was hoping that panic around talk of a dirty bomb would open the possibility of negotiations that would allow it to keep the areas that it already controlled.

He said: “You can try to hear them – Lavrov, Shoigu and others.

“All Kremlin gangsters trying to deliver [the message] to your capitals that they are ready for negotiation.

“It’s interesting because they see that the mobilisation campaign is a big fail for them.

“They’re trying to find a new solution for their interests.

“And I think that they’re trying to stop your countries from supporting Ukraine, to stop delivering new weaponry, to stop making Ukraine more efficient.”

When asked about the possibility of a negotiated settlement Mr Reznikov told Sky News that there was going to be “no bargaining nor any payment by the land to keep face for the Kremlin”.

However he did add that a deal might be possible in the first seven years after the war citing the Anglo-Chinese agreement over Hong Kong as a potential model.

“We have an absolutely understandable plan to liberate all our territories. It’s clear.”

Mr Reznikov also warned that Russian troops could have taken radioactive material from the Chernobyl or Zaporizhzhia nuclear power stations.

They could use this material in the construction if a dirty bomb, something that he said “worried” him.

However he did say that he didn’t think that Russia would use nuclear weapons in the conflict because of the angry response it would invoke in countries such as India and China.

The defence minister also repeated his plea for allies of Kyiv to supply Ukraine with more air defence systems as a priority.

Earlier this week Russian Defence Minister Sergei Shoigu claimed that Ukraine was preparing to use a dirty bomb in order to discredit the Kremlin.

However Mr Shoigu presented no evidence for his claim and it was denied by Ukraine the US, Britain, NATO and others.