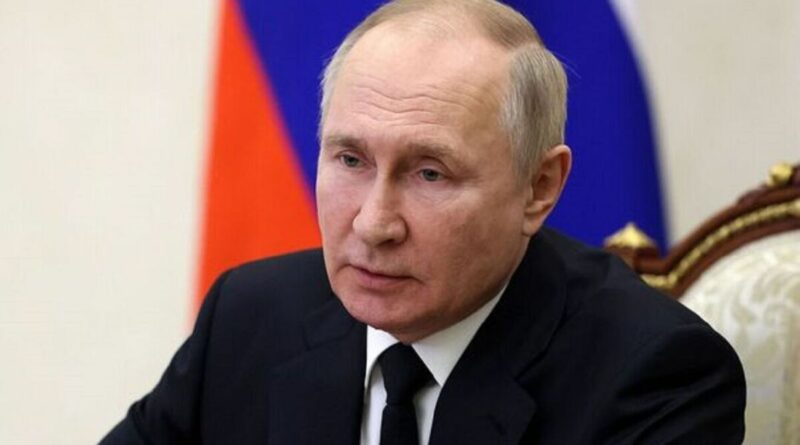 And he said that their nuclear weapons are “more advanced and state-of-the-art than what any other nuclear power have”.

But he added: “We haven’t gone mad, we realise what nuclear weapons are”.

Speaking during a televised meeting of the presidential Human Rights Council he said his country’s nuclear weapons serve as a tool of deterrence in the war that the Kremlin calls a “special military operation”.

He said: “If it doesn’t use it first under any circumstances, it means that it won’t be the second to use it either, because the possibility of using it in case of a nuclear strike on our territory will be sharply limited.”

The president has repeatedly said that Russia was ready to use “all available means” to protect its territory, including the annexed areas of Ukraine.

And he rejected Western criticism that those statements amounted to nuclear saber-rattling.

The Russian leader said: “We haven’t gone mad. We are fully aware of what nuclear weapons are.”

He added: “We have them, and they are more advanced and state-of-the-art than what any other nuclear power have.”

And said reminders of his country’s nuclear arsenal were “not a factor provoking an escalation of conflicts, but a factor of deterrence”.

During the long meeting he hailed the annexation of Ukrainian territories as a major achievement.

He said the land gains were “a significant result for Russia,” noting that the “Sea of Azov has become Russia’s internal sea.” He added that “Peter the Great fought to get access to the Sea of Azov.”

Russia seized broad swaths of southern Ukraine in the opening days of its invasion of Ukraine and captured the key Sea of Azov port of Mariupol in May after a nearly three-month siege.

Putin illegally annexed four regions of Ukraine: Kherson and Zaporizhzhia in the south, and Donetsk and Luhansk in the east in September.

The annexation of these regions came after the Russian military lost ground to a Ukrainian counteroffensive and followed hastily staged ‘referendums’ in the regions. These were rejected by Ukraine and its Western allies as a sham.

During the meeting President Putin did not address the setbacks in the war, which the Kremlin had initially thought would be over in days rather than being a long-drawn-out conflict.

These setbacks for the Russian troops include withdrawing from a large part of the Kherson region, including the regional capital, and Ukrainian forces reclaiming the area on the west bank of the Dnieper River.

And on Monday two strategic Russian air bases more than 500 kilometers (300 miles) from the Ukraine border were struck in drone attacks.

Moscow responded to Monday’s attacks by unleashing a wave of strikes on Ukrainian territory aimed at residential buildings and the power supply network, which is already heavily damaged.

Ukrainian power company Ukrenergo said temperatures in eastern areas where it was carrying out emergency repairs had dropped to as low as minus 17 degrees Celsius.

Defending the power grid has emerged as a major factor of the nine-month war in Ukraine as Russia responds to losses in territory captured in the east with infrastructure attacks.

During the meeting Putin said that of the 300,000 reservists he ordered in September to beef up his forces fighting in Ukraine only about half of them have been deployed to combat zones.

He said the rest were still undergoing training and he denied having any plans for another wave of mobilisation.

Putin said: “In the current conditions, it makes no sense to talk about any additional mobilszation efforts.

“There is no need for the Defense Ministry and the country to do that.”

But he vowed that Russia would continue its goals in Ukraine and added: “We will protect ourselves using all means available.”