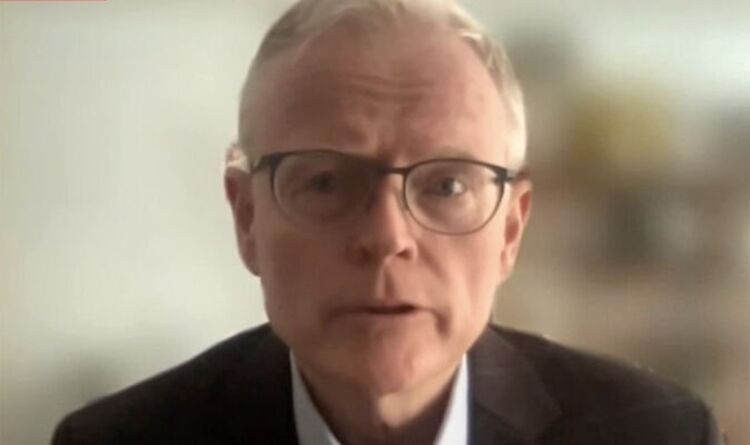 Vladimir Putin’s faltering invasion of Ukraine has led to unprecedented isolation for Russia on the world stage. The Russian war has become a “terrible embarrassment” for the country’s closest ally, China, according to a leading expert. While China insists it is neutral, the country’s state media has been caught spreading pro-Kremlin propaganda about the war.

Speaking to the BBC, a foreign policy expert said Beijing is “paying the price” for trusting Russia, calling the alliance between the two a costly mistake for President Xi Jinping.

Ian Johnson, a senior fellow at Council on Foreign Relations, said: “In China’s point of view, they wish this would just go away.

“It is not in China’s interest.

“It’s a terrible embarrassment for the foreign policy pursued under Xi Jinping to seek out a large authoritarian country that they thought was strong in Russia and to form an alliance with it.”

JUST IN: Russia EXODUS as flurry of private jets leave Moscow for Dubai

This comes after President Xi and his US counterpart Joe Biden held their first phone call since November earlier today.

In their call, the Chinese leader said conflicts between states are “in no-one’s interest”, according to Chinese state TV.

The BBC host talking to Mr Johnson pointed out that China is still “calling it a crisis, not a war – they have not condemned it”.

Mr Johnson continued: “This has been shown to be a strategic mistake and they are paying a price for it.

“This ambiguity, this desire to stick one’s head in the sand, has characterised China’s approach in recent weeks, and it is not tenable.

“That is what Biden is telling China. They can’t have it both ways. The US is pushing China to show its colours.”

He admitted that China could benefit from the war if Russia comes out weaker than before.

Mr Johnson explained: “If Russia comes out of this weaker, which it most certainly will, China will be positioned to buy its resources at a discounted price and that could help China.”

“Peace and security are the most valued treasures of the international community.”

President Xi also reportedly told President Biden that the US must shoulder its international responsibilities and make efforts for world peace.

Prior to the call, President Biden was expected to urge China not to provide Russia with military equipment.