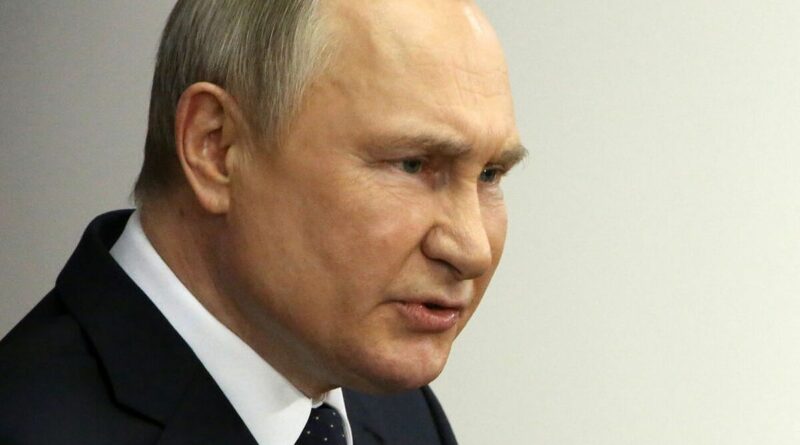 The teenage daughter of one volunteer Yulia Paevska has revealed that she was kidnapped on her way to the besieged Ukrainian port city. Anna-Sofia Puzanova told The Telegraph her mother had stopped to treat a wounded civilian when she was captured on March 16.

She said: “She was captured with her driver Serhiy, also a volunteer, driving an ambulance in a humanitarian corridor.

“I know that the Russian occupiers will torture them.

“Russian propaganda talks about her as a really dangerous woman, a killer, really violent, but that’s not true.

“She was not only saving the lives of our soldiers, our civilians.

“She was also fighting for my future and for Ukraine.”

Ms Puzanova has made it her mission not just to fight for her mother’s release but also that of the 500 Ukrainian women in Russian captivity.

She said: “This is my job now, this is my duty.

“This isn’t just about my mother, but the women, children and civilians detained illegally by Russia.

“As a Ukrainian, I can’t even tell you how it feels, because after two months of war, you’re not emotional.

“I will be emotional after the war ends.

“I just want to give her a hug and ask her how she is.”

Ms Paevska is on a list of prisoners of war the Ukrainian government is willing to swap for captured soldiers but Moscow has repeatedly refused to exchange her.

She is the founder of the volunteer ambulance corps Taira’s Angels and therefore considered a prize asset by the Kremlin.

Taira’s Angels was formed in 2014 following the Russian annexation of Crimea and has been credited with saving over 5,000 lives and training more than 1,000 volunteer medics.

As a reward for her work Ms Paevska was made a Hero of Ukraine, the highest national title awarded to a civilian.

Ms Puzanova has recently travelled to The Netherlands from Kyiv where she lives with her father to take her mother’s place in the Invictus Games.

She was one of 16 Ukrainian medal winners securing a bronze medal in archery.