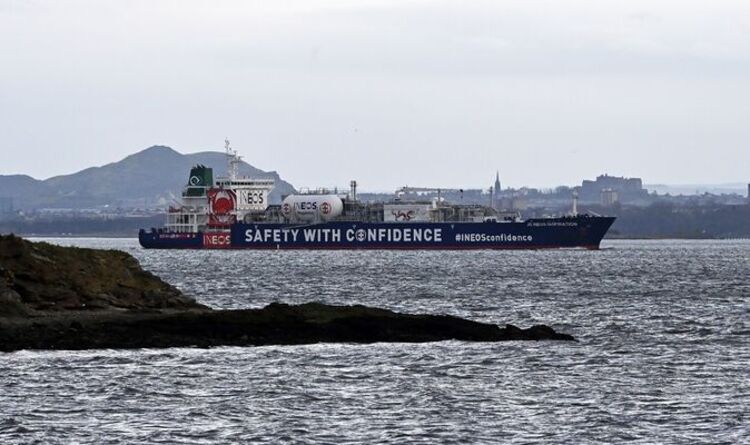 As Vladimir Putin’s war against Ukraine continues, multiple countries are responding with financial sanctions against Russia. Bjorn Lomborg, a visiting fellow at Stanford University’s Hoover Institution suggests that the crisis has highlighted the need to end reliance on Russian oil and gas. He says, however, that this cannot be achieved through renewable energy, but instead with the development of nuclear power production and natural gas released by fracking.

Fracking as a method of energy production has long been considered controversial due to outspoken opposition from climate activists.

However, a group of backbench Tory MPs supports its implementation, particularly the members of Net Zero Scrutiny Group (NZSG) including Steve Baker MP, Craig Mackinlay MP, and others.

In an opinion article published on Financial Post, Lomborg said: “Over dozens of years, the world has exchanged trillions of dollars for fossil fuels from the Soviet Union and now from Russia.”

He went on to explain that this has indeed provided reliability, since “access to cheap, abundant and dependable energy has been the cornerstone of the industrial revolution.”

Lomborg suggests that renewable energy cannot secure energy independence, and that instead, this has been a “largely untrue story”.

He said: “Campaigners and governments have promoted the idea that renewables could replace fossil fuels and still provide cheap, abundant, and reliable energy, which would —crucially — deliver energy security while solving the challenge of global warming.

“The Russian invasion has exploded this myth and revealed it as nothing more than wishful thinking —especially for the European Union.”

The political scientist, who is also President of the Copenhagen Consensus, suggested that solar and wind power production, are unreliable, since “they only work when the sun is shining or the wind is blowing.”

“Thus, the EU’s green energy policy contributes to its paying Russia more than US$500 million every day, mostly for fossil fuels, especially gas, to provide a backstop for European solar and wind.”

He said: “All the big costs have already been incurred, so keeping them running not only delivers energy independence but provides incredibly cheap, reliable and CO₂-free power.”

The expert suggested that Europe should also reconsider producing its own natural gas through fracking, pointing at “plenty of potential sites in Poland, France and Romania.”

Among the benefits of fracking, he mentioned that it “could deliver cheap energy, complete energy independence, and, as in the U.S., dramatically reduced emissions.”

Regarding the concerns about the method, which involves drilling underground and using water pressure to release shale gas, leading to fears of tremors, he argues that these are “exaggerated fears, spread with financial help from Russia” and that they anyway can be addressed “with good regulation.”

He added: “US studies clearly show that the overall benefits from fracking vastly outweigh additional costs.”

Lomborg concluded that fracking is the “most pragmatic option for the short run” and that, along with nuclear power, they are “realistic” and “sensible alternatives” to imports of oil and gas from Russia.

In contrast, he said that solar and wind power are “breezy aspirations”.

Finally, Lomborg pointed out that investments in research and development are required for the implementation of this plan, which would ultimately “offer a realistic solution to the long-term climate problem.”