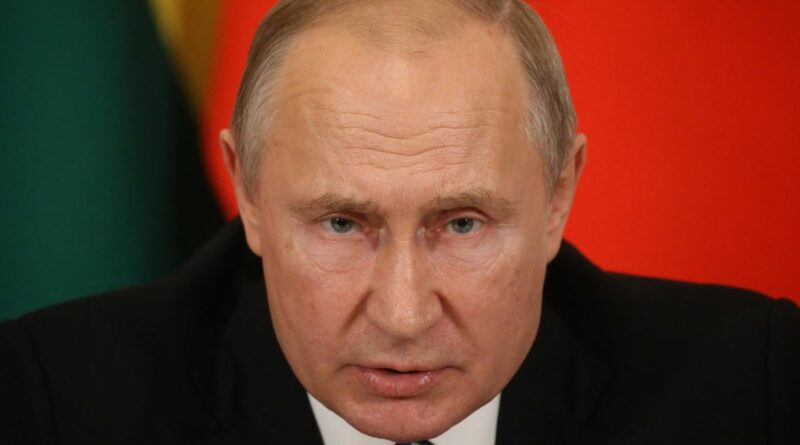 Russian president Vladimir Putin's favourite propagandist has issued a new threat to NATO countries, hinting they would hit London with a barrage of nuclear strikes.

Her broadcast showed photos acquired by Russia's space agency of Downing Street, the White House in the United States and the NATO headquarters in Brussels.

READ MORE: 'Third-world jail' where Maxwell will live alongside rapists, murderers and terrorists

Skabeyeva greeted NATO in her broadcast, saying that these areas were "targeted" by Russian forces, presumably because of their support and supply to Ukraine during Russia's invasion of the former Eastern Bloc country.

During her broadcast, Skabeyeva said: "With greetings to the participants of the [NATO] summit of a bloc openly hostile to Russia.

"Look at the screen but do not be afraid, please. The Russian Space Agency [Roscosmos] published satellite images and exact coordinates of what we call the ‘decision-making centres’ of Western countries.

"And the venue of the summit in Madrid, where Russia is declared the worst enemy."

Although the Russian propagandist claimed she was not threatening NATO or the countries targeted by Russian satellites, she added: "Let them just keep it in mind."

Ukraine has since accused Dmitry Rogozin, the Russian space chief, of losing "touch with reality" when he revealed areas that could come under considerable nuclear barrage.

Rogozin, a close ally to Putin, said: "The NATO summit opens in Madrid, at which Western countries will declare Russia their worst enemy."

The space chief also alleged that Russian missile output was on the increase and that "mass production" of missiles was already underway.

Rogozin warned: "We proceed from the fact that by the end of the year we will have to put on combat duty the first regiment in Uzhur, Krasnoyarsk Territory."