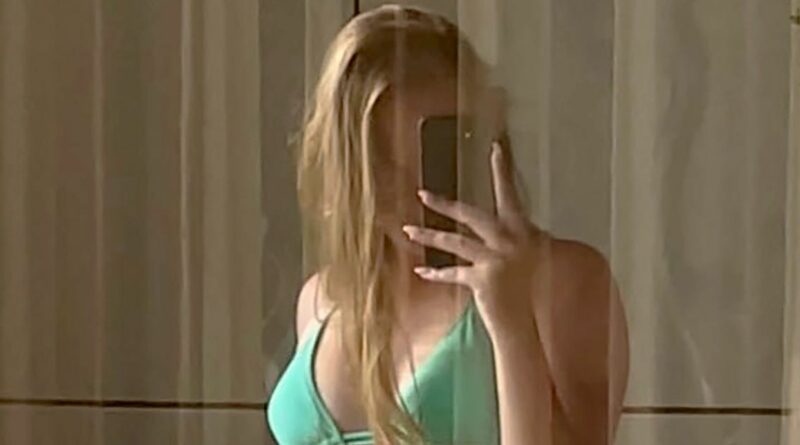 A young woman rumoured to be Vladimir Putin’s 'secret daughter' has deleted her social media account after a tidal wave of extreme hate.

Luiza Rozova, 18, a student in St Petersburg, has faced a deluge of trolling and hateful comments, forcing her to take a step back from her online presence.

Since the war started Luiza had been the subject of endless hostile posts, including one that read: “Are U sitting in the bunker?? Like a rat?”

She is the daughter of multimillionaire Svetlana Krivonogikh, 45, once a cleaner and now one of Russia's wealthiest women. The suspicion that Luiza was Putin’s daughter from an extra-marital affair was raised by an independent media outlet in Russia, now barred from operating by authorities.

Neither Luiza nor Svetlana have confirmed or denied the claims although Luiza, also known as Elizaveta, told Russian GQ that she 'probably' looks 'similar' to Putin in his younger days

Luiza, who had 84,000 followers stopped publicly posting on social media five months ago – but her account remained open.

Now a message says in Russian: "User not found."

One post attacking the teenager alleged she was the "daughter of a murderer, war criminal, psychopath and drug addict".

More posts included the Ukrainian blue-and-yellow flag and one carried the message: "The Russian nation must rise against this dictator. You don't want to have anything to do with him."

A further troll, who suspected that the student might be in her mother's home in the Mediterranean nation of Monaco, said: “While you’re fluffing around in Monaco, people of your generation are dying in Ukraine because of your father.

“Your destiny will be that of Marija Milosevic when your dad gets sent to The Hague.

“SHOW YOUR FACE YOU COWARD!”

But other commenters defended Luiza, with one saying: "Don't judge her…is not her fault."

Meanwhile, another said: "She cannot do anything for having a crazy father".

Neither of his confirmed children have commented on the war, although there are allegations that the Russian president has hidden some family members in a Swiss chalet – while other reports say his closest relatives are sheltering in a five-star hi-tech nuclear bunker in Siberia.

Luiza isn't Putin's only suspected child born out of wedlock, as there is speculation he has up to four children with Olympic Gold-medal winning gymnast Alina Kabaeva.

This would make the Russian president a father of seven.