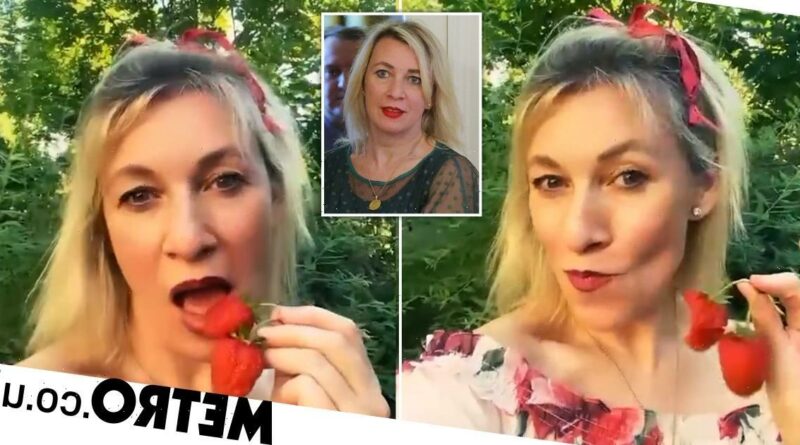 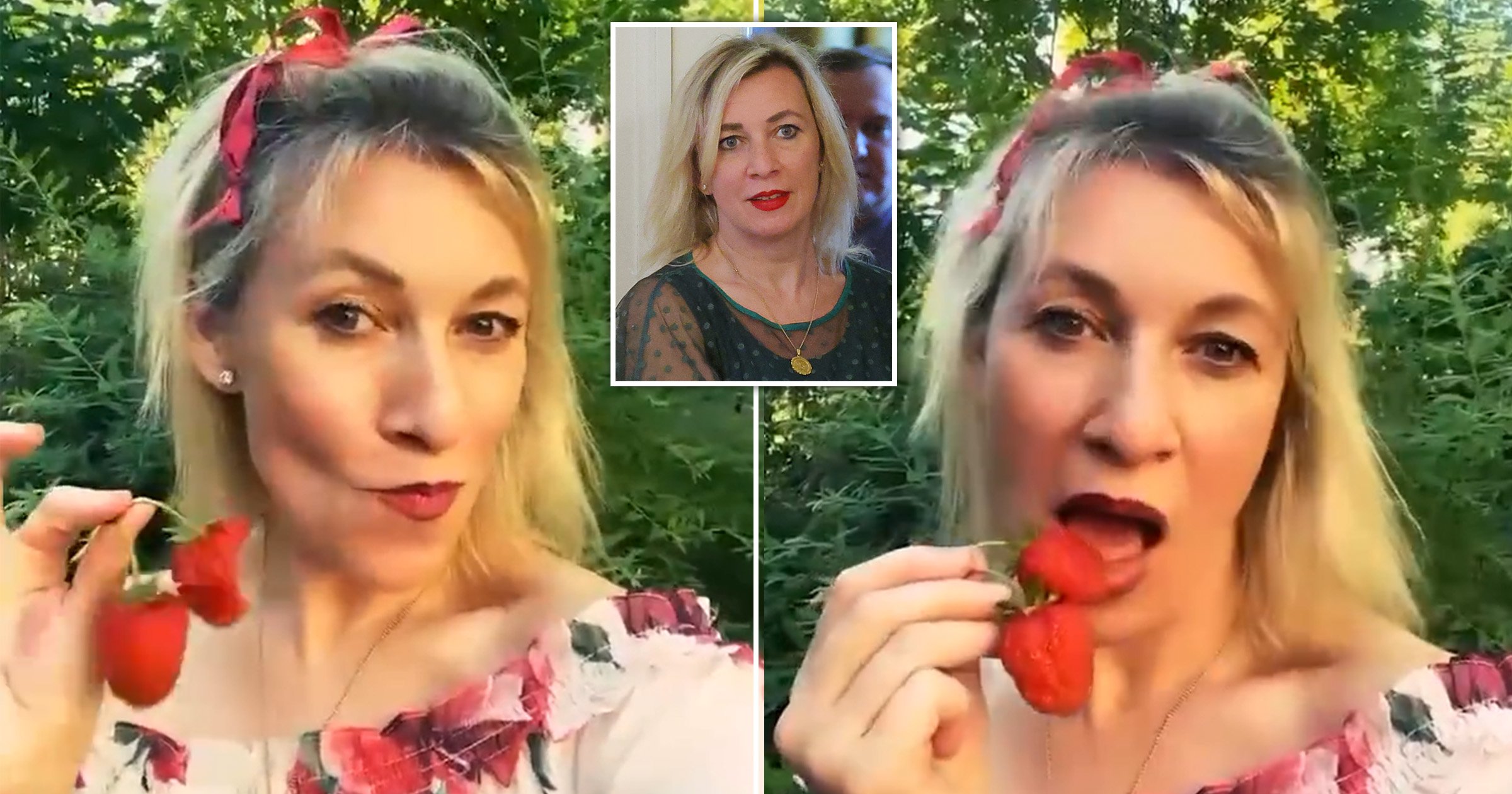 One of Russia’s most prominent diplomats has taken an unprecedented approach to dealing with her government’s disastrous reputation in the west.

Maria Zakharova – an outspoken advocate of Vladimir Putin’s invasion of Ukraine – shared a video on her Telegram page of herself seductively eating strawberries.

Standing in her garden, the 46-year-old can be seen dipping the fresh fruit in her mouth and then taking a bite.

Dressed in a flowery top with her peroxide blonde hair tied with a red bow, she is looking directly in the camera and smiling.

The 10-sec footage is then repeated again and again for three minutes under the soundtrack of the famous Russian folk song Kalinka.

Sharing it on her channel on Saturday afternoon, Ms Zakharova wrote under: ‘My harvest.’

As the director of the information and press department of the Ministry of Foreign Affairs, many see her as a future Russian foreign minister.

Previously, Ms Zakharova has hit the headlines for her warnings to release her country’s nuclear arsenal on the west.

Last week, Britain’s defence secretary Ben Wallace called her a ‘lunatic [like Putin]’, comments she has lashed out on social media.

Ms Zakharova shared the video with her 430,000 followers on Telegram, accusing Mr Wallace of ‘slander and spreading fakes’.

Her posts on the messaging app often feature selfies and photos of flowers in her garden among official interviews and comments to the Russian press.