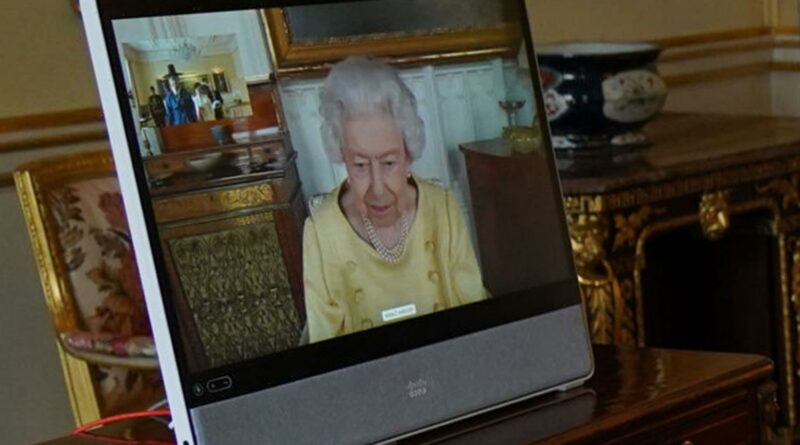 THE Queen today carried out her first official engagement since being ordered to rest by doctors following a health scare.

Her Majesty, 95, hosted two virtual audiences at Windsor Castle after Palace aides last week told her to "cut back" on her "exhausting" schedule. 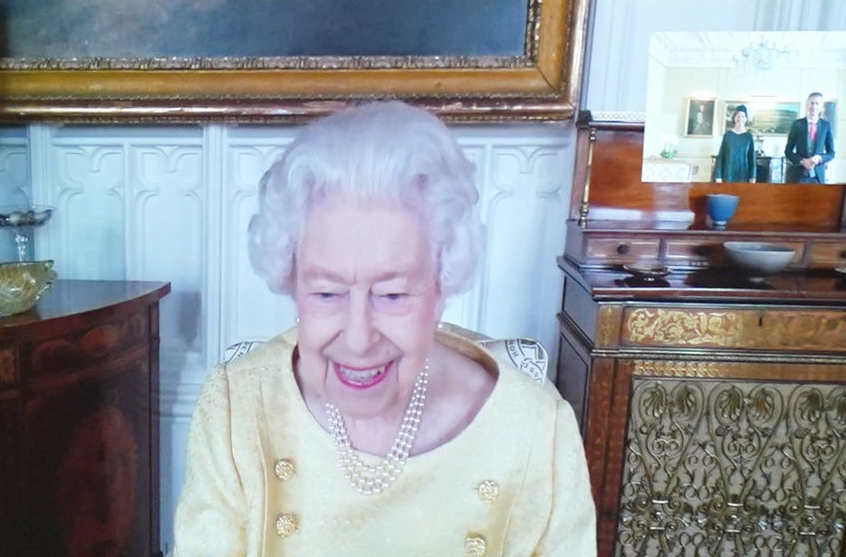 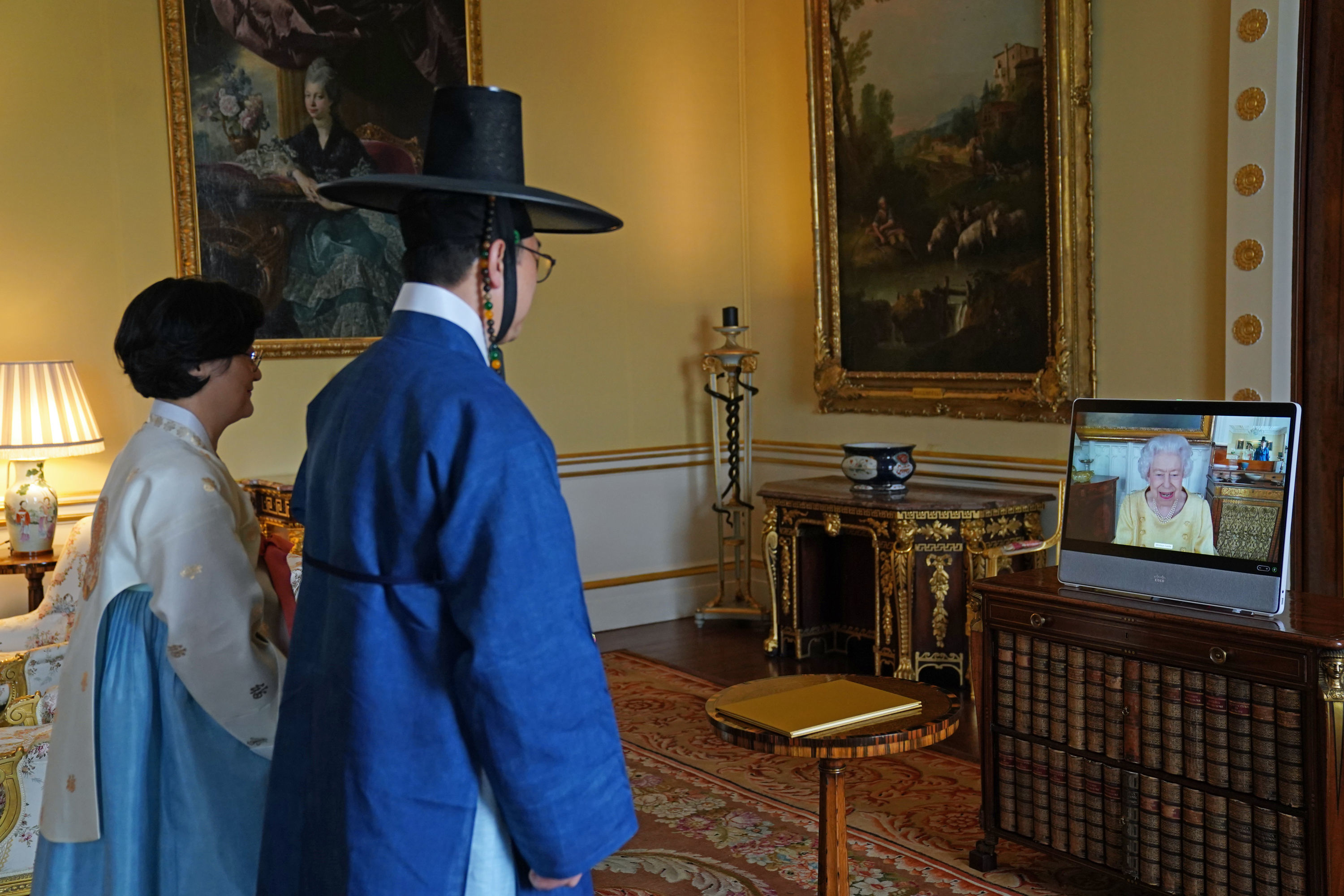 The monarch was forced to cancel a planned trip to Northern Ireland before spending a night in hospital for tests.

She was later discharged in "good spirits" and was said to be keen to get back to her desk.

It was believed her medical team acted out of caution to have her admitted to King Edward VII hospital in Marylebone on Wednesday.

And the overnight stay — her first in a hospital for eight years — was for practical reasons, and unrelated to coronavirus.

Today was the first time the head of state has been seen – albeit on a computer screen – since she hosted a busy evening reception for the global investment summit on October 19.

She called off her trip to Northern Ireland – her first cancelled royal duty in 15 years – under strict orders to rest and faced preliminary investigations in hospital on October 20.

The Queen wore a yellow dress and her three-strand pearl necklace as she met the ambassador from the Republic of Korea.

She was pictured smiling on a computer screen as she greeted Gunn Kim, who was dressed in Korean clothing including a traditional hat known as a gat.

Her Majesty also met the ambassador from the Swiss Confederation, Markus Leitner, accompanied by his wife Nicole Leitner.

The monarch is being looked after by the Medical Household, her expert team of royal physicians.

She is due to attend events in Scotland next week as part of a flurry of royal COP26 engagements involving the Prince of Wales, the Duchess of Cornwall and the Duke and Duchess of Cambridge between November 1 and 5.

On the royal family's website, the Queen is still listed as attending a reception on November 1 as part of the climate change conference.

She had a busy schedule of engagements in the first weeks of October following her return from Balmoral, and her hospital stay was kept a secret and only confirmed by the Palace when it was revealed by The Sun.

It came after the Queen was pictured using a walking stick as she attended the opening of Welsh parliament with son Prince Charles on October 12.

It was the first time she had publicly used a cane since 2003 following an operation to remove torn cartilage from her right knee.

The walking aid sparked fears the monarch's jam-packed schedule was getting too much.

But she shot down her doubters last week by refusing an Oldie of the Year award.

The Queen told the publication she "doesn't meet the relevant criteria", cheekily adding: "You are as old as you feel."

Days later on October 21, she was said to be in "good spirits" and back to work undertaking light duties after her hospital stay.

But she missed a church service at Windsor on Sunday.

Royal sources had briefed The Sunday Times that the Queen was "knackered" due to a busy social life and preference for late night television.

She has also had a punishing workload of 120 official engagements in 194 days since the death of her husband Prince Philip on April 9.

As well as resting under doctors' orders, The Queen has also decided to give up the booze – ditching the gin cocktail she is said to have enjoyed every evening.

But she will now drink just sparkling water or tomato juice, with a royal source saying: “It was a personal decision.”

Buckingham Palace would not comment on whether the monarch has received her booster Covid-19 jab, but given her age it is likely she has already had it. 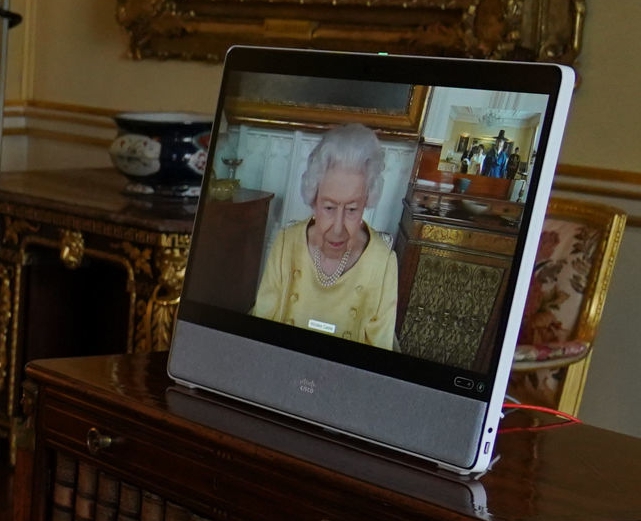 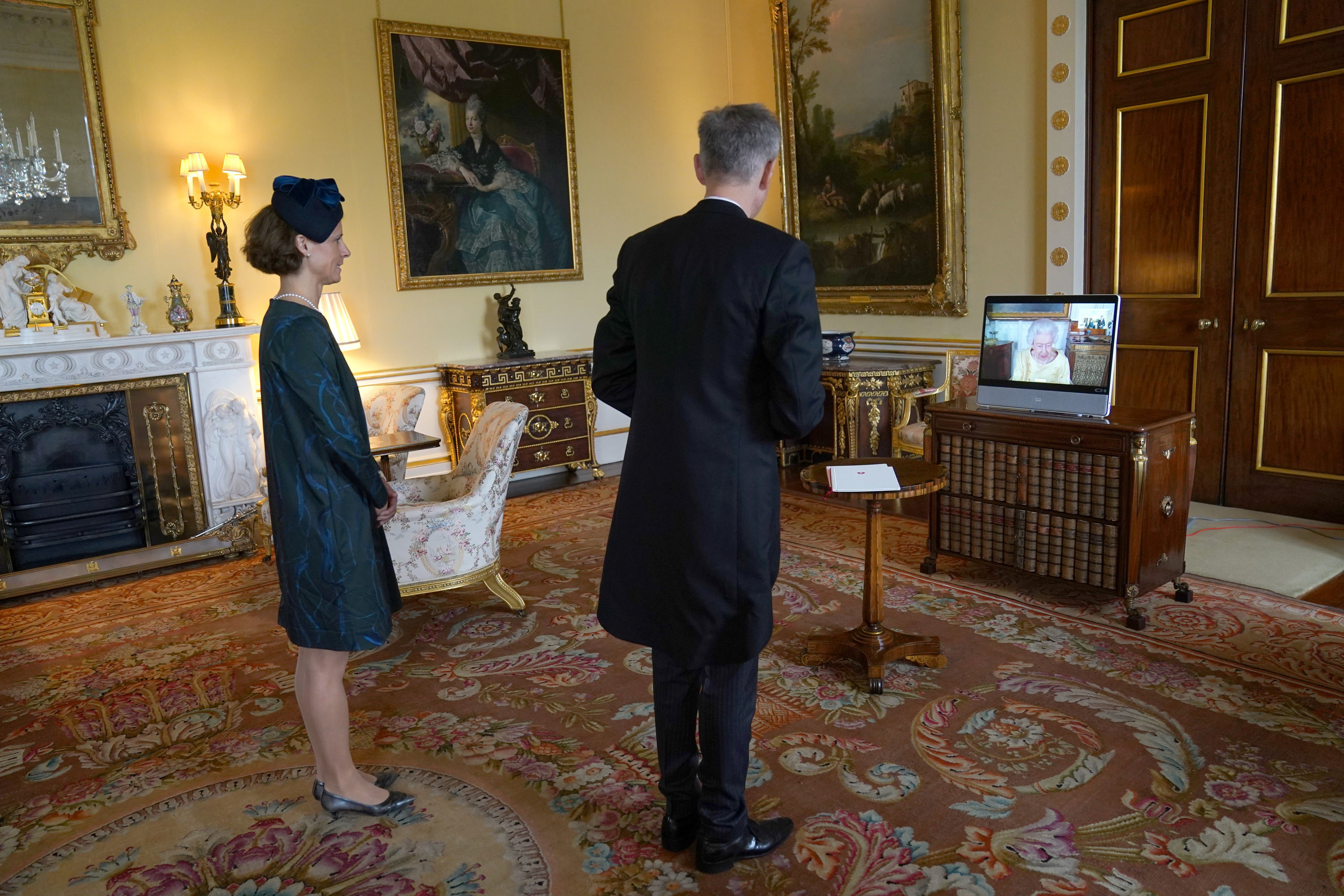