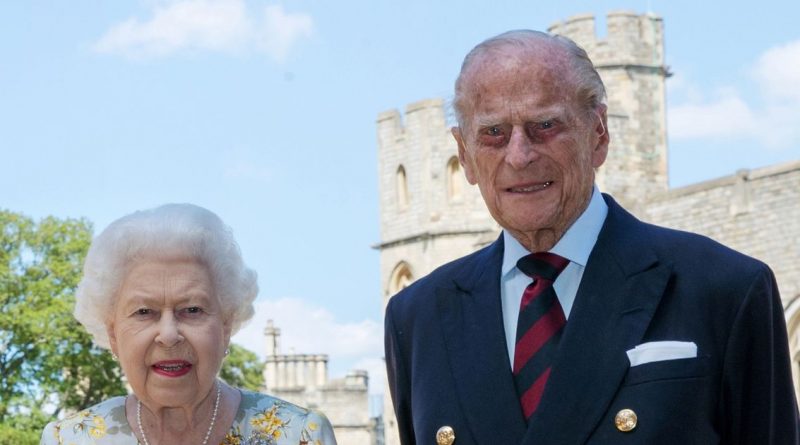 The Queen is likely to sit alone during Prince Philip's funeral in order to follow strict Covid rules currently in place for England and Wales.

The Monarch faces having to be on her own during the service as the law states anyone attending a funeral must stay at least two metres apart from people who are not part of their household.

This would mean all members of the Royal Familly will need to spread out in St George's Chapel at Windsor Castle for the Duke of Edinburgh's funeral.

The Queen is not eligible to be in a support bubble as she does not live alone.

The only person she could sit with, as per Covid rules, would be a member of her staff from Windsor Castle, the Telegraph reports.

Brigadier Archie Miller-Bakewell, the Duke's private secretary, is expected to be one of the 30 mourners permitted to attend the ceremony.

As by law, he may be the only attendee able to sit with the Queen as a member of the 'HMS Bubble'.

Sources confirmed to the paper that the Queen would be alone at the funeral service, taking place on April 17, unless a member of the Windsor bubble attends.

The Queen and other members of the Royal Family will also have to wear face coverings throughout and will not be allowed to sing hymns.

Buckingham Palace said exact details of the funeral service will be disclosed on Thursday, but a spokesman added: “We have made it very clear that the service will be Covid compliant.”

Mourners have been told, as stated on the Government's coronavirus website: “You may struggle not just with the bereavement, but with the impact of social distancing measures and the fact that you may not be able to say goodbye in the way that you would have wanted.”

Prince Harry is currently self-isolating at his former home Frogmore Cottage, it's understood, after arriving back in the UK at the weekend.

His wife, Meghan Markle, is currently back at their home in the US after doctors told her it was not advised to travel due to her being in the later months of pregnancy.

Sources claimed that Meghan, 39, did not fly back to the UK as she did not 'want to be the centre of attention' following the bombshell interview with Harry and Oprah Winfrey.

However, representatives for the Duchess of Sussex said these claims were not true.

It's been said the Queen understands why the former senior royal cannot make the service, and Meghan had passed on her condolences.