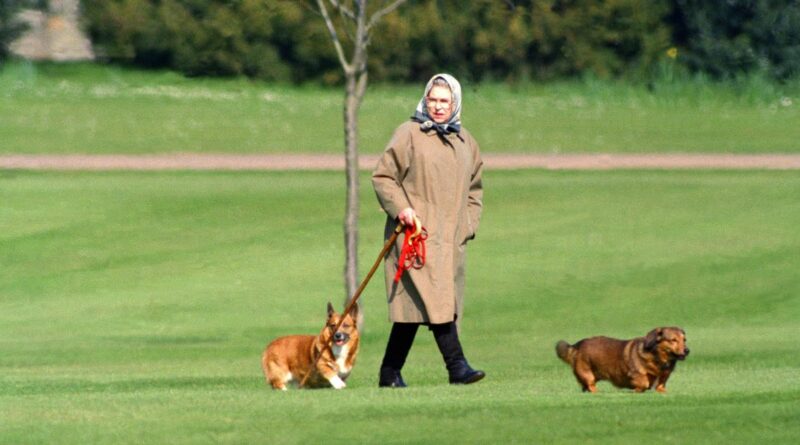 The Queen has been forced to give up her daily "tonic" of walking her dogs after she was rushed to hospital last week, sources say.

It has been reported that the monarch, 95, has been following orders to rest after her health scare led her to pull out of official duties in Northern Ireland.

It comes after she had to spend the night in hospital in what is understood to have been a cautious decision made by her medical team on Wednesday, October 20.

It is believed that Her Majesty returned to work in Windsor Castle and was undertaking some light duties by Thursday afternoon.

The Queen owns two corgi puppies and a dorgi Candy, which her friends and family say has helped keep her healthy due to taking them for walks.

It is believed to be one of the highlights of her day, when she is driven to walk her dogs on her Windsor estate near Frogmore.

But sources have since told the Daily Mail that her dogs are currently being walked by her staff after she was told to rest by doctors. The monarch is set to lead the Royal Family at the Cop26 UN climate change summit in Glasgow next week – it is hoped that she will still be able to do this either in person or by video link.

A decision about her presence at the summit will be made towards the end of the week.

It's been a year like no other for the Queen from the loss of her husband to heartache over Prince Harry. But Her Majesty has also had a lot of cause for celebration, including the birth of baby Lilibet. To mark what a year the Queen has had, OK! Magazine is bringing you a limited edition collector's issue. Get your hands on it here.