Her Maj wore sunglasses as she sped off in a Royal Range Rover from Windsor Castle, where grandson Prince Harry wed Meghan Markle yesterday. 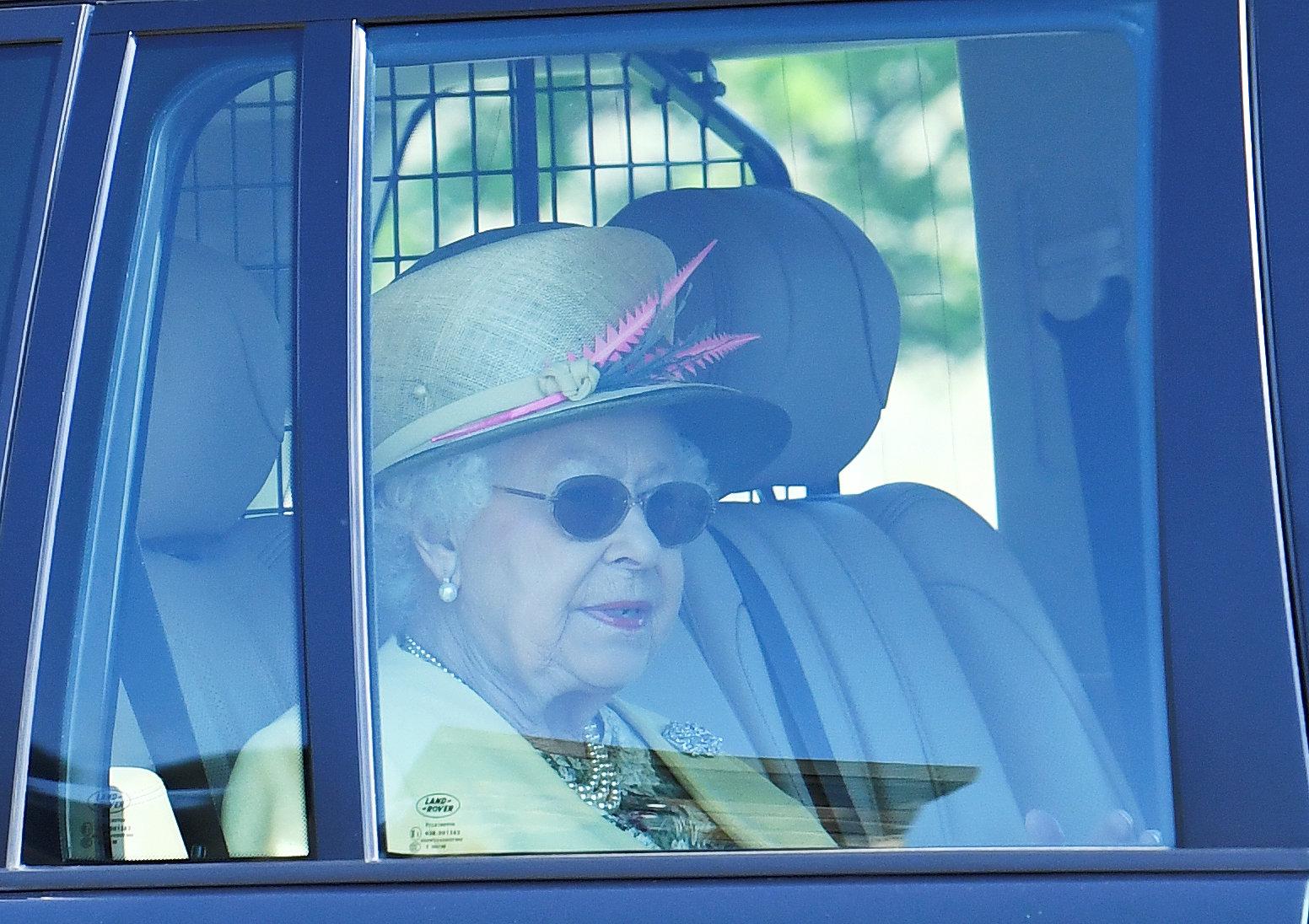 She is the first member of the wedding party to emerge today following the noon nuptials at St George's Chapel.

The 600 guests were yesterday treated to a lunchtime reception at St George's Hall followed by a late-night evening bash at Frogmore Hall in the castle grounds.

Celebrations were topped off by a spectacular fireworks display following a rip-roaring performance by Elton John — when Harry joked: "Can anyone here play the piano?"

The Queen was among the last guests to arrive to the noon ceremony as she wore a summery light green coat and hat with purple flowers. 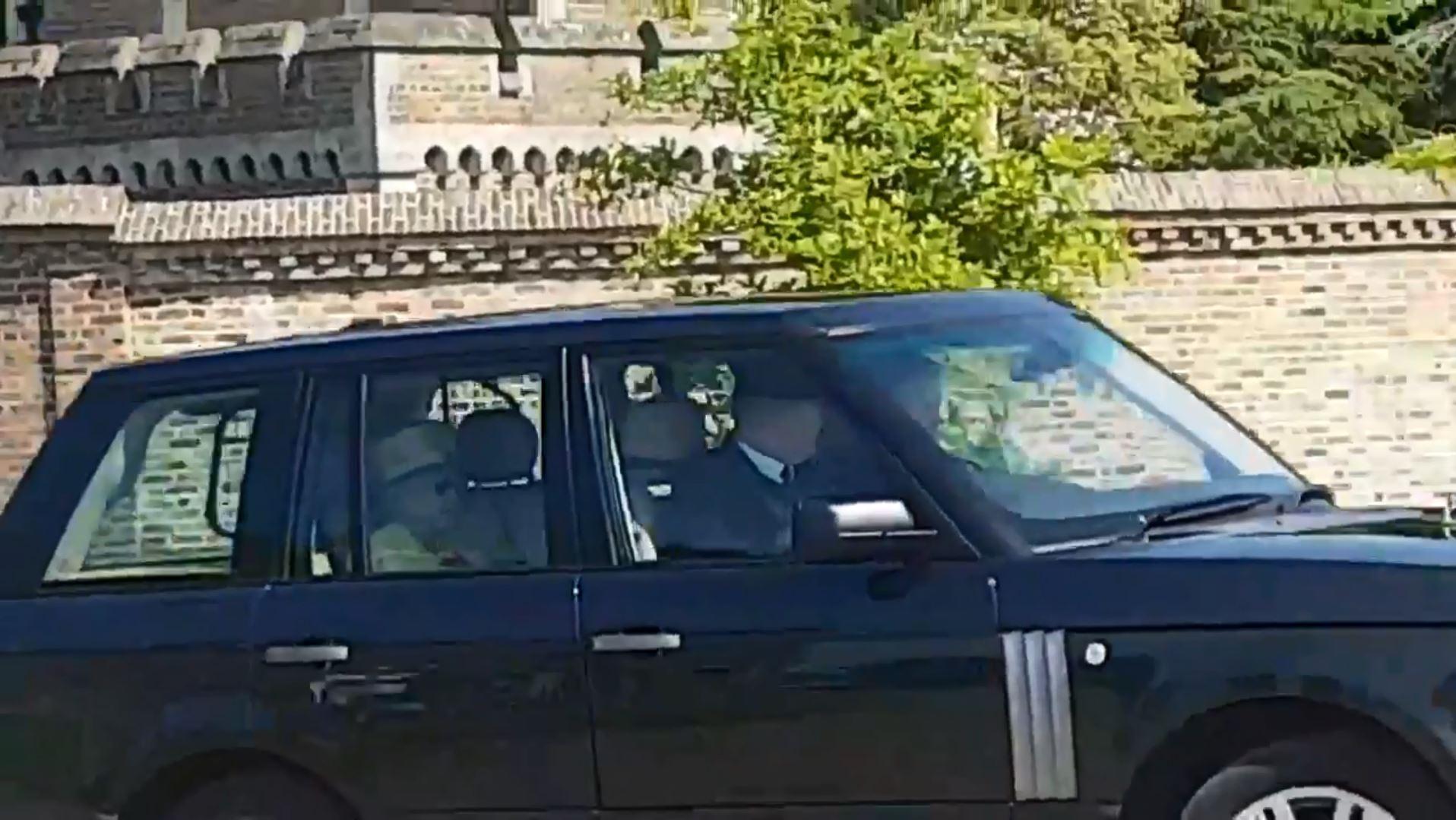 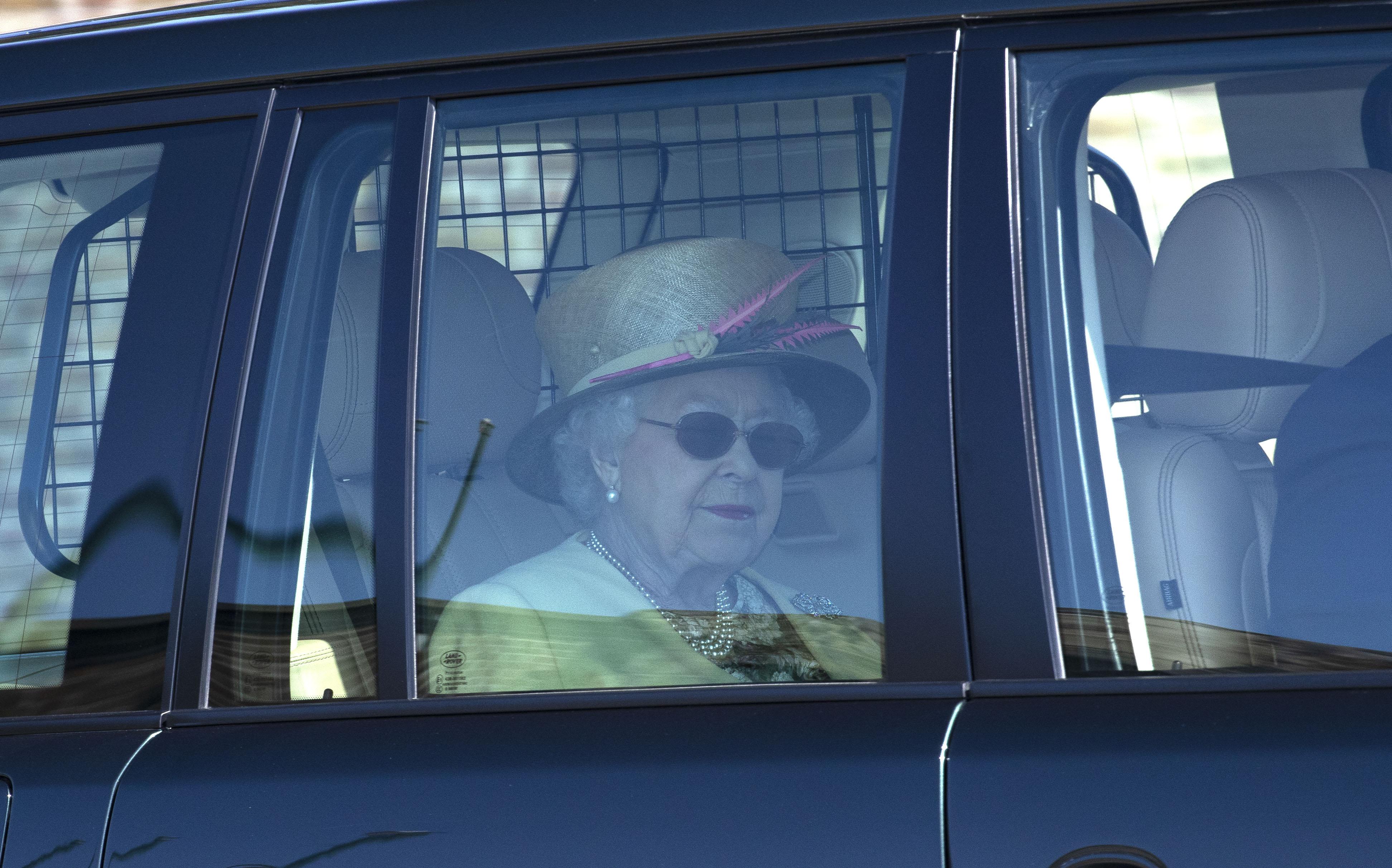 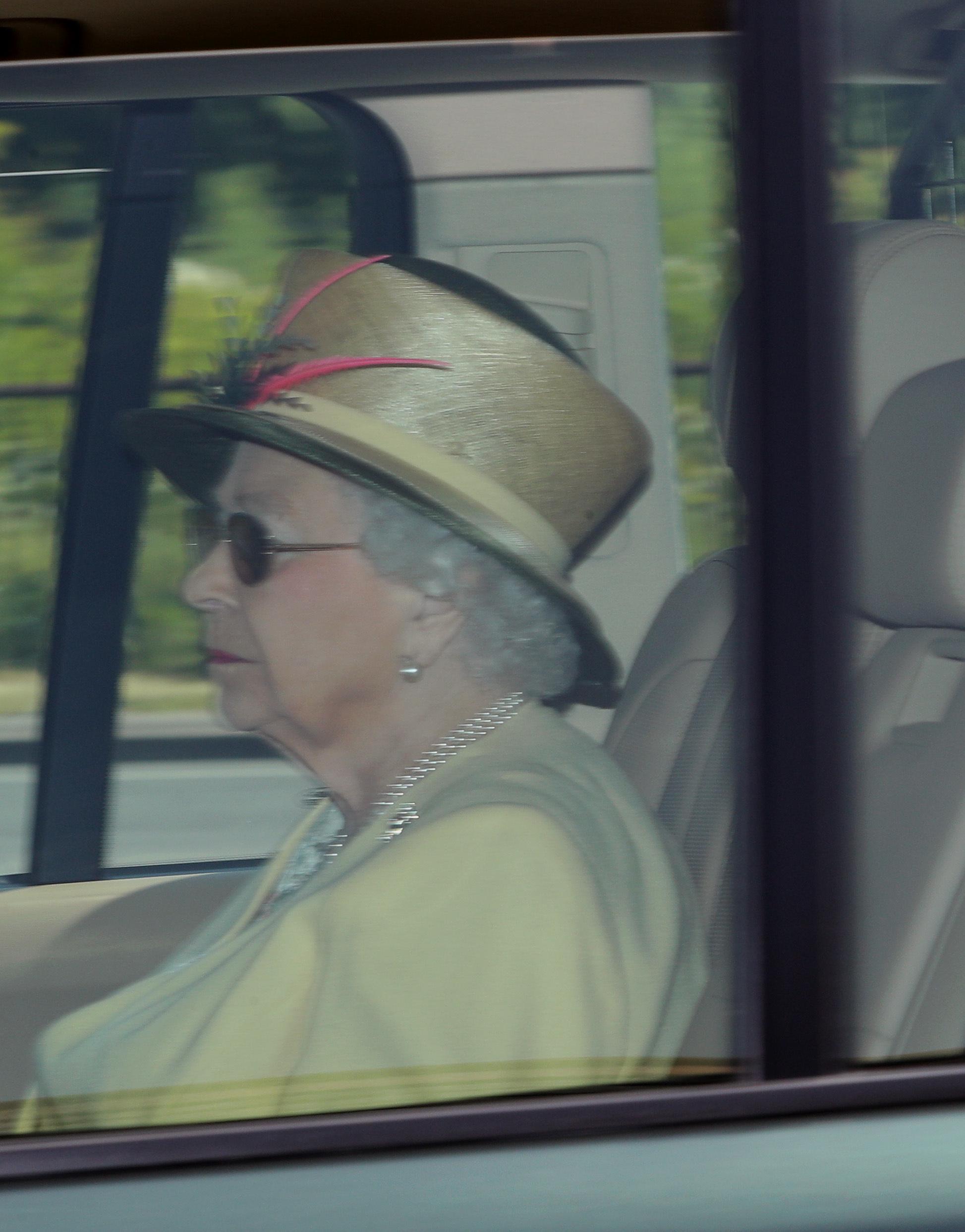 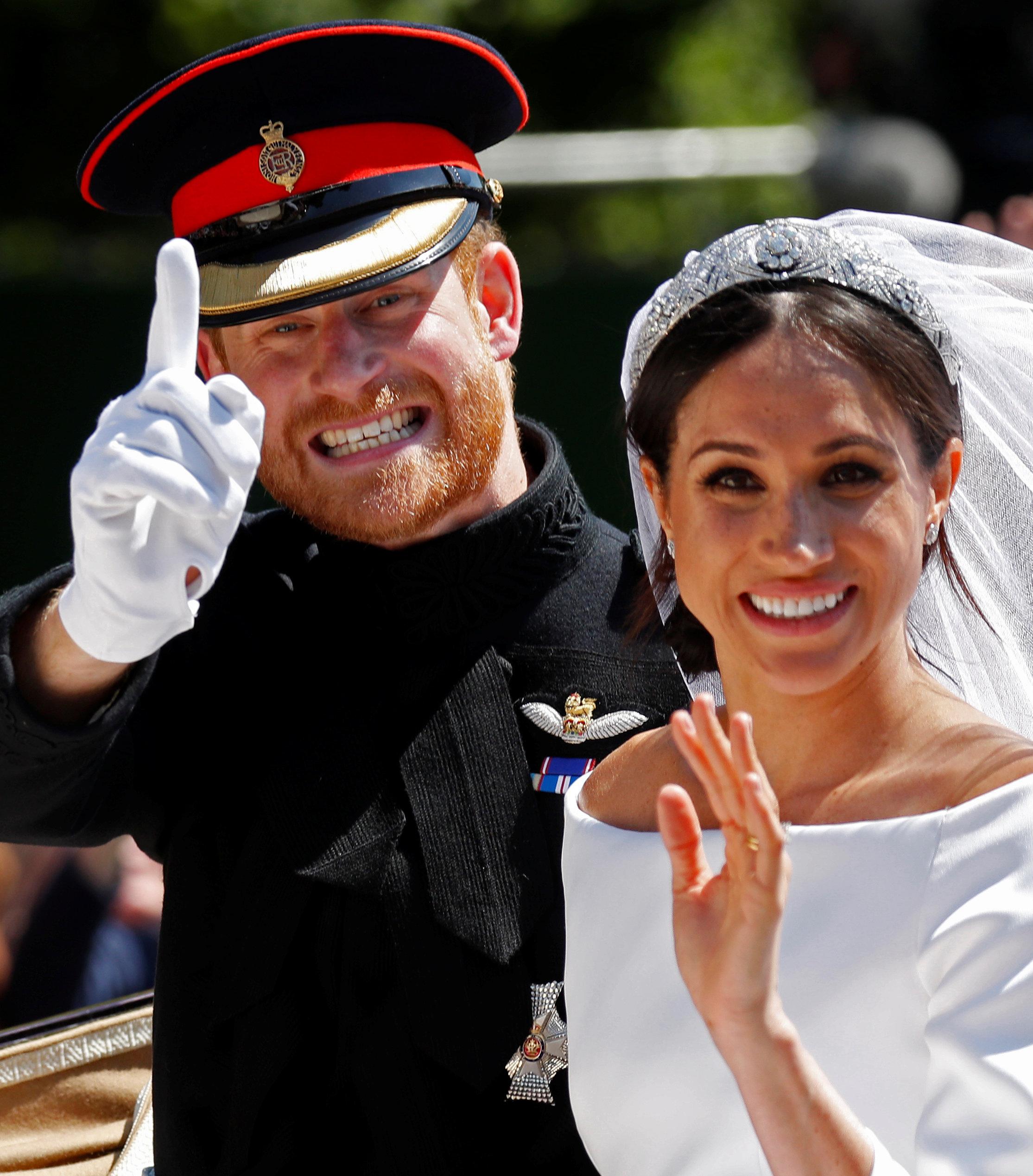 She was accompanied by a sprightly-looking Prince Philip who was able to walk unaided despite a recent hip-op.

The emotional ceremony — hailed for breaking with stuffy tradition and featuring a spellbinding speech from preacher Michael Curry — passed off without a hitch.

It was followed by a grand procession around the Berkshire town where 100,000 spectators lined the streets to congratulate the happy couple.